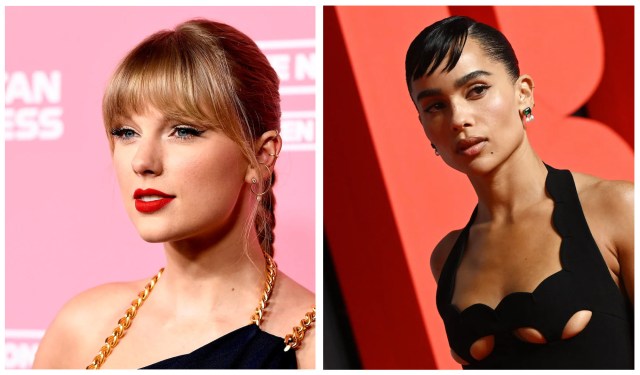 Hear ye, Swifties, hear ye! It looks like Miss Americana, aka the music industry herself, is giving her fans their dream collab album with Midnights, and The Batman star Zoë Kravitz is one of the lucky ones to be featured in it as a songwriter.

The long-time member of Swift’s unofficial squad is finally partnering up with her friend as a writer for two tracks on Midnights. According to iTunes, Kravitz is credited as a co-writer of the first and twelfth tracks of the album, along with other names such as Jack Antonoff, the album’s main co-songwriter, Mark A Spears, Jahaan Sweet, Sam Dew, and Keanu Torres.

Apart from Antonoff himself and the listed creatives, two other names grace Midnights. One is Lana Del Rey, making reality a collaboration that Swifties have been clamoring for since the Red era. The other is William Bowery, who by now, everyone and their mothers know is Swift’s boyfriend of six years, Joe Alwyn.

There were reports early last year that Kravitz and Swift had been quarantining together for a while, so maybe this collaboration is the brainchild of that time spent together as the world was battling the onslaught of the Covid-19 virus and Kravitz herself was shooting The Batman in London.

Midnights, the tenth studio album by Swift, is set for release on Oct. 21, which is three days from now. A music video for the third track – “Anti-Hero” – is premiering on the same day.

The lingering question that’s keeping up Swifties at 2am these days is whether Midnights will be as acclaimed as folklore or evermore. But I guess the singer’s most ardent fans already know the answer to that question all too well.