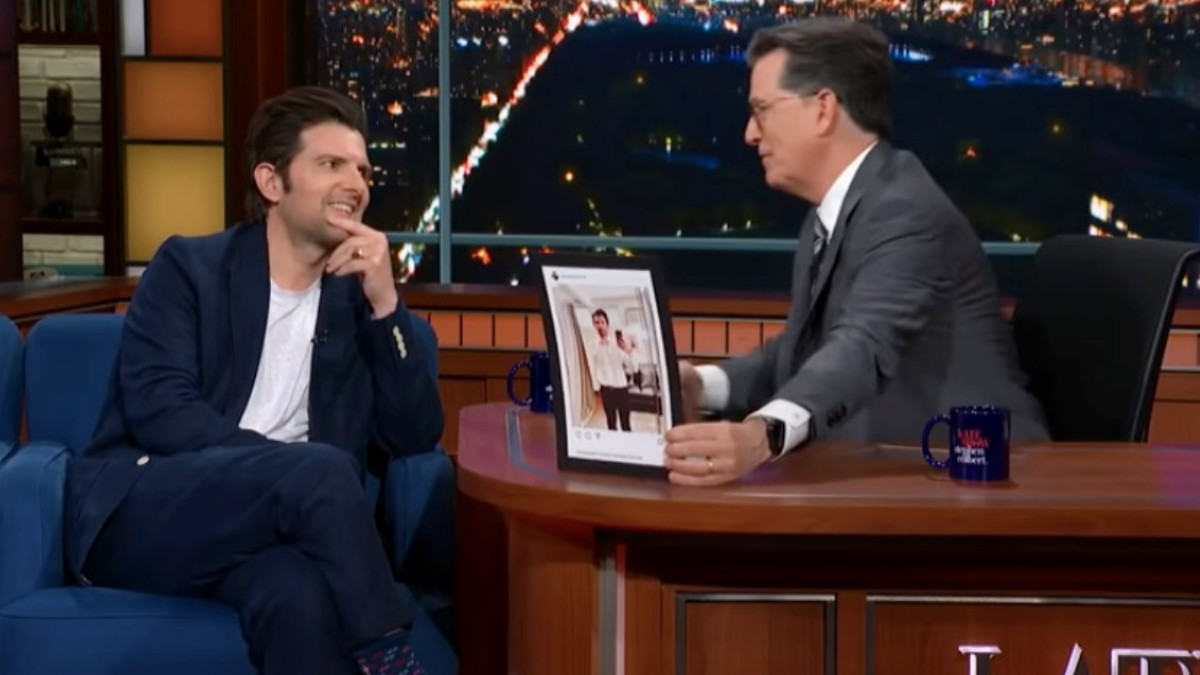 Adam Scott currently stars in Apple TV’s Severance, which premiered on Friday, a dystopian satire about the extreme lengths people will go to achieve a work-life balance. But while discussing the series with Stephen Colbert, the 48-year-old was asked about another show he’s working on — a revival of the beloved, yet short-lived Starz series Party Down, which is currently in production.

Scott starred in Party Down as an aspiring actor working for a Los Angeles catering company, alongside a cast of comedic all-stars including Ken Marino, Lizzy Caplan, Jane Lynch, Martin Starr, Megan Mullally, and Jennifer Coolidge, just to name a few. And although Party Down aired for just two seasons before it was cancelled in 2010, in the 12 years since, fans who’ve have stumbled across it on DVD, and later streaming, have pushed the series into cult classic territory.

“Our final episode had something like, 13 thousand viewers,” Scott joked to Colbert, when asked to elaborate on the original series. “It was not yet a cult classic at the time. But people have discovered it in the time since, and I think that’s part of what makes it special, that they had to dig it up and find it themselves.”

“We have since started up and rebooted because people have found it,” he added.

“It’s really strange but really wonderful,” Scott explained, when asked what it was like donning his pink bowtie again. “It’s almost a cliche now, because there’s so many reboots of shows, to say like, it feels like you just pick back up where you left off, but it really, really does, and it’s so deeply fun.”

He added that in addition to the returning cast members (sans Caplan, unfortunately), Jennifer Garner has also joined. “We only got two seasons, so there is some unfinished business there, and so we’re getting to just kind of finish the story,” he continued.

Colbert then interjected to point out that the first episode of the revival could technically “beat” the finale right out of the gate. “You think so?” asked Scott. “Let’s put some money on it right now.” After Colbert said he’d put $20 bucks on them beating the finale, Scott joked: “Can we both bet for beating the finale? That’s not how bets work, though.”

It may not be how bets work, but as far as bets go, this one is about as safe as you can get. There’s no release date for the Party Down revival, but it’s expected to premiere later in 2022.