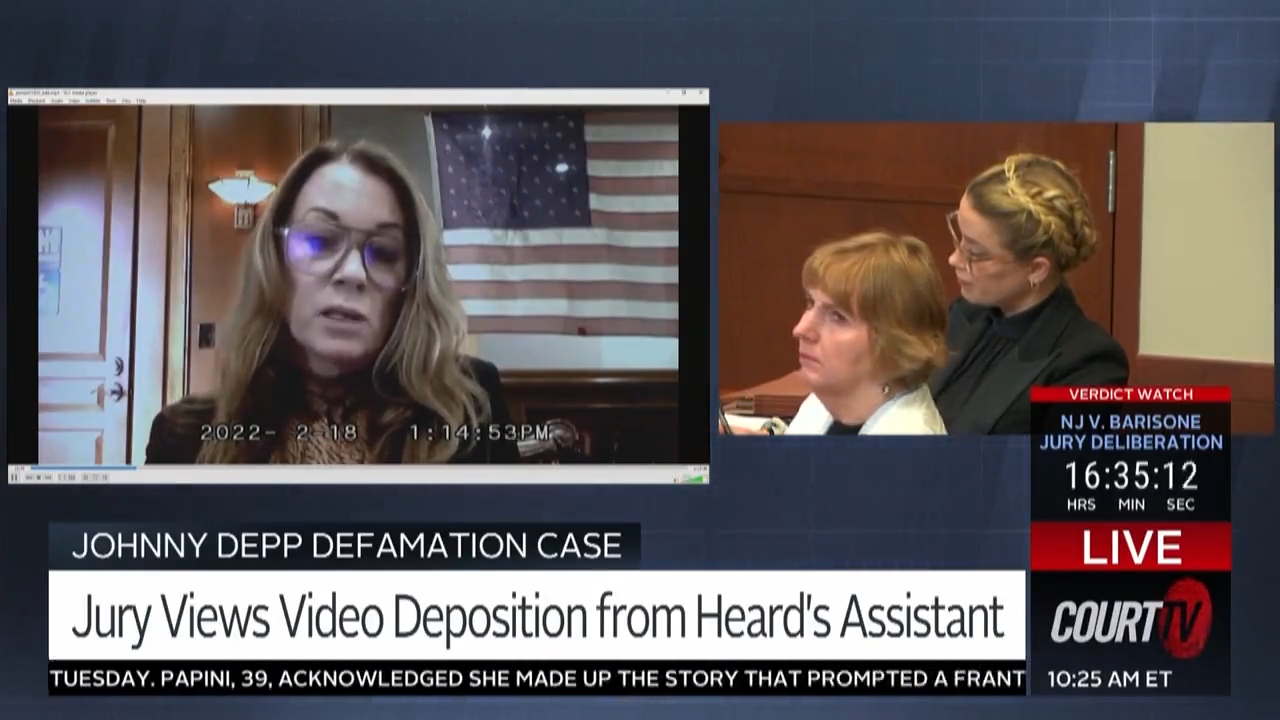 This all comes amid a high-profile court case involving dueling defamation lawsuits between the Hollywood stars.

Pirates of the Carribean actor Depp is suing Aquaman star Heard for $50 million for defamation stemming from a 2018 op-ed she wrote for the Washington Post claiming she was the victim of domestic violence. Though Depp was not mentioned by name, he argues the piece implied he abused Heard, a claim which he denies. Depp says the allegation damaged his career. Heard is counter-suing Depp, also for defamation, for $100 million.

Kate James, Heard’s former assistant, testified in a video deposition that was played in the Fairfax, Virginia courtroom Thursday. In the testimony, James claimed Heard had succumbed to screaming fits of blind rage, sent nonsensical text messages at 4 a.m., and was often intoxicated with alcohol or illegal drugs, Associated Press reports.

James said she was paid “very poorly” by Heard and that when she once asked for a raise, the actor allegedly verbally abused her.

“I specifically remember standing in her office where she leapt up out of her chair, put her face approximately four inches from my face, she was spitting in my face and telling me how dare I ask for the salary I was asking for,” James said.

James also said she never witnessed any evidence that Depp physically abused Heard, nor had she been told by her employer of such abuse.

Heard’s lawyers say they will present evidence in the trial that proves Depp physically abused her. They also maintain that Depp lacks credibility for denying such abuse since he himself frequently drank and did drugs to the point of blacking out and not remembering anything he did.

However, James’ portrayal of the situation took just the opposite view; she testified Depp was the peaceful one, whereas Heard became intoxicated and verbally abusive to those around her, even to her own mother and sister.

“Her poor sister was treated like a dog that you kicked, basically,” James said.

James, who was employed by Heard from 2012 to 2015, described the actor as a “very dramatic person” who frequently called James to vent her tearful complaints about Depp, and her insecurity with the relationship.

Depp previously lost a libel lawsuit against British newspaper The Sun for printing a story describing him as a “wife beater.” A London judge found that the article’s characterization was not libelous, based on evidence Heard provided detailing Depp’s abuse.