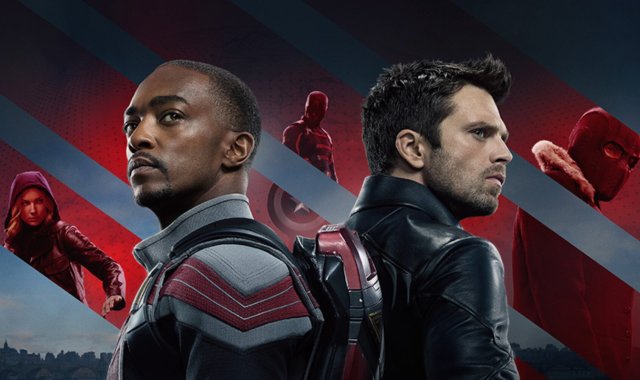 Anthony Mackie and Sebastian Stan are currently busy basking in the positive reception to The Falcon and the Winter Soldier. But among everything that the MCU show has to offer, the duo’s off-screen bromance must be the best thing to come out of it yet.

In fact, if we go all the way back to Captain America: Civil War, the unlikely pairing of the two Marvel superheroes served as great and on-point comic relief, largely due to Stan and Mackie’s natural chemistry. The duo have obviously carried that to the new Disney+ series and even its promotional campaign. So much so, in fact, that it’s made their on and off-screen interactions almost indistinguishable.

To give a perfect case in point, we shouldn’t look any further than their recent interview with BBC Radio 1, where the actor behind the Falcon playfully joked about his co-star by calling out his introversion. “He’s literally the most boring person I’ve ever met in my life,” Mackie said while admitting that his fellow Avengers star does have a good sense of humor.

Stan was quick to hit back, though, saying the following:

“The reason I’m so ‘boring’ is because half the time I have to listen to him talk. He just talks so much that I never get a word in, so he never knows anything about me.”

Of course, Anthony Mackie has been known to tease his colleagues during and after production, giving Tom Holland, in particular, a difficult time for being too young. Chris Evans even once famously said that whenever the actor appears on a set, productivity drops by at least ten percent.

Have you had the chance to check out The Falcon and the Winter Soldier, though? If so, what are your thoughts on the show so far? As usual, let us know what you think in the comments section down below.