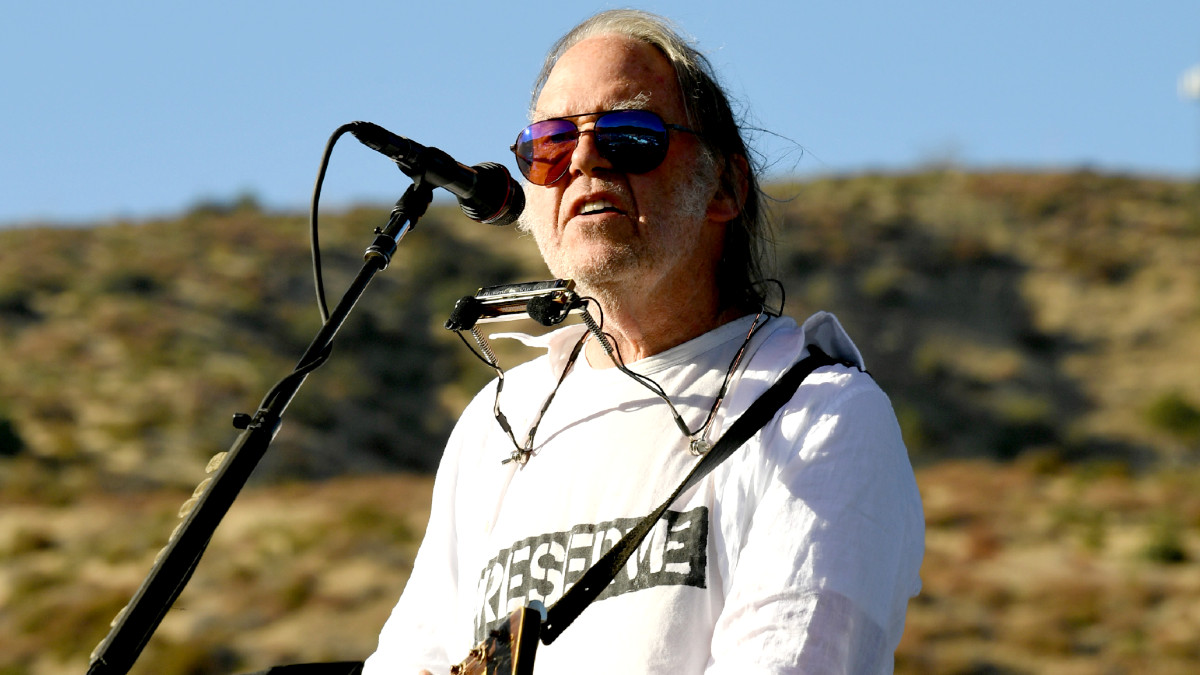 Spotify got put in a tough spot this week when Neil Young came out against the music streaming platform over its continued support of Joe Rogan. Though Young’s music has been streamed hundreds of millions of times on Spotify, which accounts for 60 percent of his worldwide streams, The Joe Rogan Experience is the platform’s most popular podcast and was acquired with an exclusive deal in 2020 reported to be worth $100 million.

However, in recent months, Rogan has come under fire for spreading COVID-19 misinformation on his podcast — including the advocating of using Ivermectin to treat the virus — to the point that hundreds of scientists, professors, and public health experts signed an open letter urging Spotify to finally hold Rogan accountable earlier this month.

In an open letter of his own this week, the 76-year-old rocker asked that the entire catalog of his music be removed from the platform as long as Spotify continues to support Rogan ⏤ and on Wednesday, the streamer obliged. Though Young deleted his original letter, he thanked Warner Records for standing by his decision in a statement on his website.

“Before I told my friends at Warner Bros [sic] about my desire to leave the Spotify platform, I was reminded by my own legal forces that contractually I did not have the control of my music to do that. I announced I was leaving anyway,” he continues. “I want to thank my truly great and supporting record company Warner Brothers [sic] – Reprise Records, for standing with me in my decision to pull all my music from Spotify. Thank you!”

But now Spotify has another problem. Though the platform may have appeased millions of Joe Rogan fans, did it make the right decision morally? By Thursday morning, fans on Twitter were weighing in on the discourse with the hashtags #DeleteSpotify and #ByeSpotify, indicating that this public relations disaster is far from over for the audio streaming service.

Journalist Kaz Weida wrote that it only took 30 minutes to export eight years of Spotify playlists to another streaming service.

Another paid subscriber added that almost every Spotify playlist they’ve made over the years has included a Neil Young song, adding that the platform has “a responsibility to safety.”

Many users, including BrooklynDad_Defiant!, simply shared screenshots of themselves deleting the app from their phones.

Even Howard Stern sided with Young on his SiriusXM show on Thursday morning, because the issue is less about free speech and more about “life and death.”

Apparently Young is also purging fans, as noted by comedian Tom Scharpling, but probably not ones he’d lose any sleep over.

Spotify responded to the controversy in a statement Wednesday:

“We want all the world’s music and audio content to be available to Spotify users. With that comes great responsibility in balancing both safety for listeners and freedom for creators. We have detailed content policies in place and we’ve removed over 20,000 podcast episodes related to Covid since the start of the pandemic. We regret Neil’s decision to remove his music from Spotify, but hope to welcome him back soon.”

It sounds like Spotify is going to regret that decision more than it realized.