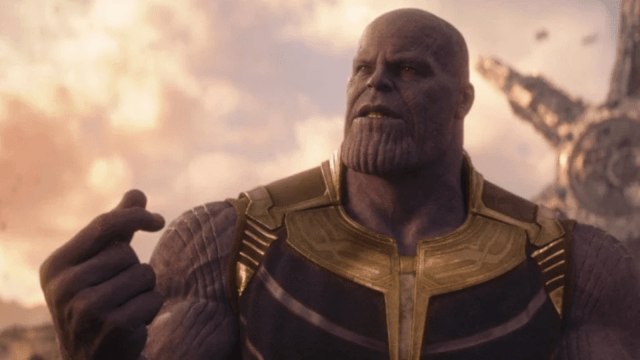 After Avengers: Endgame, it seemed that Thanos’ role in the MCU was complete, but a deleted scene that’s been making the rounds online recently seems to suggest otherwise.

The scene in question is an alternate take of the meeting between the Hulk and the Ancient One. In it, Bruce Banner is the one who’s conflicted about accepting the stone and the resultant “consequences” of altering the timeline. The Ancient One then attempts to comfort Banner by telling him that the Avengers’ efforts are not in vain.

“If someone dies, they will always die. Death is irreversible, but Thanos is not. Those you’ve lost are not dead. They’ve been willed out of existence, which means they can be willed back. But it doesn’t come cheap.”

This version is quite a departure from the one we saw in the final cut of the movie. The Ancient One is relaxed and almost jovial by comparison, as she lounges in a chair while sipping a drink and making quips when the Hulk appears. This was all swapped out for the somber-toned conversation that was eventually shown on screen.

However, these new lines do hint that someone with the will to bring Thanos back can do so, because disappearing during the Snap isn’t the same as dying. But who would ever want to bring the Mad Titan back? Perhaps another cosmic villain? Maybe, but the answer could be much simpler and arrive in the form of his son, Thane.

We previously reported that Marvel is considering a storyline where Thane will attempt to gather the Infinity Stones to bring his father back. Whether he’ll be successful or not remains to be seen, but there’ve been whispers for a long time now that Marvel’s not done with the Mad Titan yet and we’re fairly certainly we’ll be seeing him again in some form down the road.

But tell us, should Avengers: Endgame have been Thanos’ last MCU appearance? Or do you want to see more from him? Sound off down below.