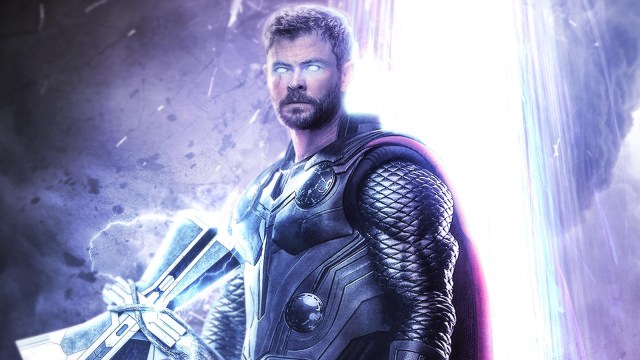 It wouldn’t be unfair to say that Thor probably wasn’t a lot of people’s favorite Avenger until the character was completely reinvented in Taika Waititi’s Ragnarok, with the God of Thunder’s first two solo adventures regarded by many as two of the weaker entries in the MCU’s back catalogue.

Up until that point, Thor had always been depicted as a stoic and relatively one-dimensional hero, but not only did Chris Hemsworth use his impeccable comic timing to great effect, but he also had one of the most emotionally complex journeys throughout the remainder of Phase Three, with Ragnarok and the Avengers: Infinity War and Endgame double-header showing someone constantly haunted by guilt and tragedy.

Sure, some of it was played for laughs, but Hemsworth was able to wring out a lot of emotion and pathos from Thor’s loss of confidence and desire to atone for his past mistakes. In fact, he was the first one to step up to the plate when it came time to perform a second Snap to bring everyone back before Tony Stark stopped him, and a new theory now explains why he wasn’t the ideal candidate.

As per ScreenRant, the effects of the Snap come from the mind and not the power of the Infinity Stones, and while Thor might be one of the most powerful Avengers, he simply wasn’t in the right frame of mind to do it. Although, if it wasn’t for Bruce Banner and the Hulk striking the balance between genius scientist and hulking rage monster, he might have been the only one capable of surviving.

Throughout the film, he was unstable, going through emotional breakdowns every now and then as he continued to grapple with his catastrophic failure to stop Thanos in Infinity War. Knowing a thing or two about mental health issues, having suffered PTSD after the Battle of New York, Tony didn’t want Thor to potentially mess up what could be their only chance in using the Infinity Stones. This is also the reason why Tony gave Smart Hulk a final reminder before the latter put on the gauntlet saying: “you remember, everyone Thanos snapped five years ago, we’re just bringing them back now, today. Don’t change anything in the last five years.”

Who knows what could have turned out differently if Thor had been the one to undo Thanos’ initial Snap, and while it may have done wonders for his pride, it could have also compromised the ultimate goal of Avengers: Endgame, which was always about returning things to the way they used to be.