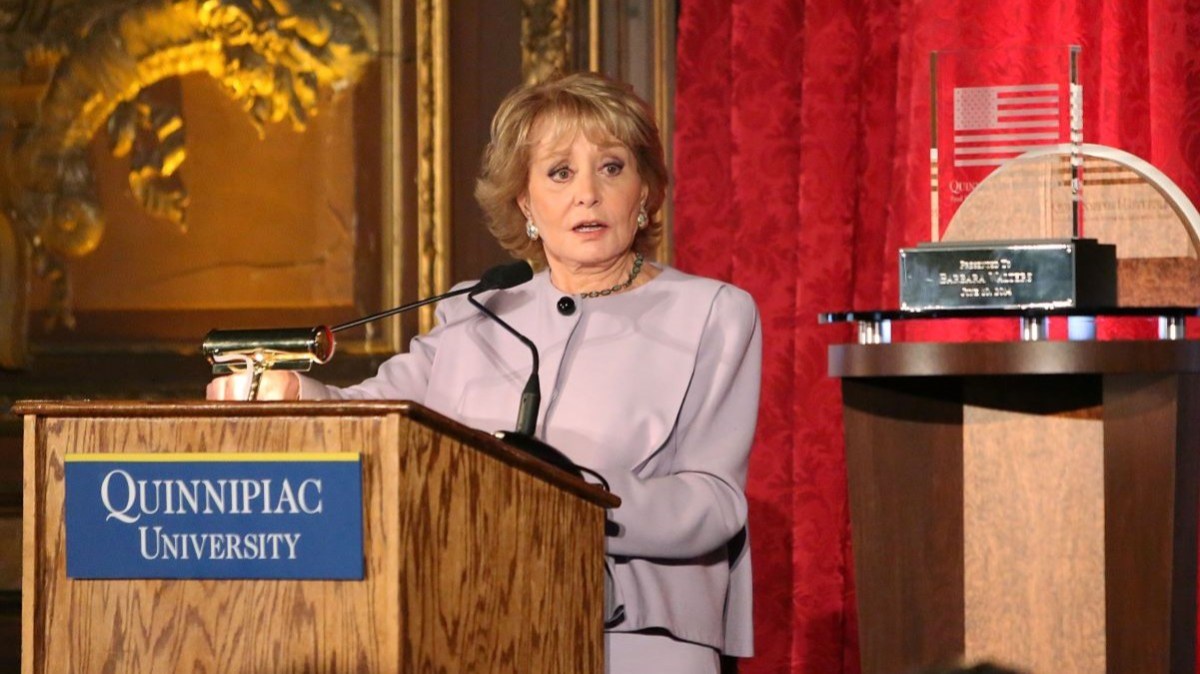 Trailblazing journalist and famed television icon Barbara Walters has passed away at 93. The first female co-host of The Today Show is credited for breaking through glass ceilings in a journalism world dominated by her male counterparts. Anyone with a knack for writing, journalism, or consuming news media recognizes Walters and the important legacy she leaves behind.

Good Morning America shared the following statement from Bob Iger on Walters’ contribution to journalism and the entertainment realm as a whole.

“Barbara was a true legend, a pioneer not just for women in journalism but for journalism itself. She was a one-of-a-kind reporter who landed many of the most important interviews of our time, from heads of state to the biggest celebrities and sports icons. I had the pleasure of calling Barbara a colleague for more than three decades, but more importantly, I was able to call her a dear friend. She will be missed by all of us at The Walt Disney Company, and we send our deepest condolences to her daughter, Jacqueline.”

ABC News shared Walters’ passing alongside an image of her warm smile that never failed, a dedicated journalist. Walters never missed an opportunity to not only tell a story but to make sure anyone who deserved a voice in it was heard. Her contributions to the industry will be remembered by all of us forever. It’s hard to imagine journalism without hearing Walters’ unique voice and recalling some of the most beautiful and fascinating moments in press interviews.

Walters’ time in front of the camera spanned the 1960s until she turned 83 with her award-winning career never truly in hindsight. True crime lovers still hear her voice in episodes of 20/20. If you need a reminder of what it looks like to shake an entire industry, you can YouTube videos of Walters interviewing everyone from Muhammad Ali and Clint Eastwood to Taylor Swift and Fidel Castro.

Kicking off her career at NBC in the early ’60s as a writer, Walters knew every avenue of the interviewing process. Her dedication and determination paved a path for all journalists, especially females, over the next five decades. The New York Times reports that Harry Reasoner wrote off Walters’ hiring at ABC initially as a gimmick, but she proved him and anyone else who dared doubt her wrong.

Fellow reporter Robin Roberts shared condolences to Walters’ daughter and family while thanking her for being an example to which she strived to live up to.

Dan Rather also shared a nod to Walters, saying that she outworked and out-hustled her competitors throughout her career and that we’ve all suffered a great tragedy in her loss.

His words and the words of countless others sharing condolences and tributes to Walters show that honesty, hard work, and a bold sense of chasing a dream are all things we should strive for, both professionally and personally. Rest in peace, Barbara Walters. We’re all the better for having been inspired by you.