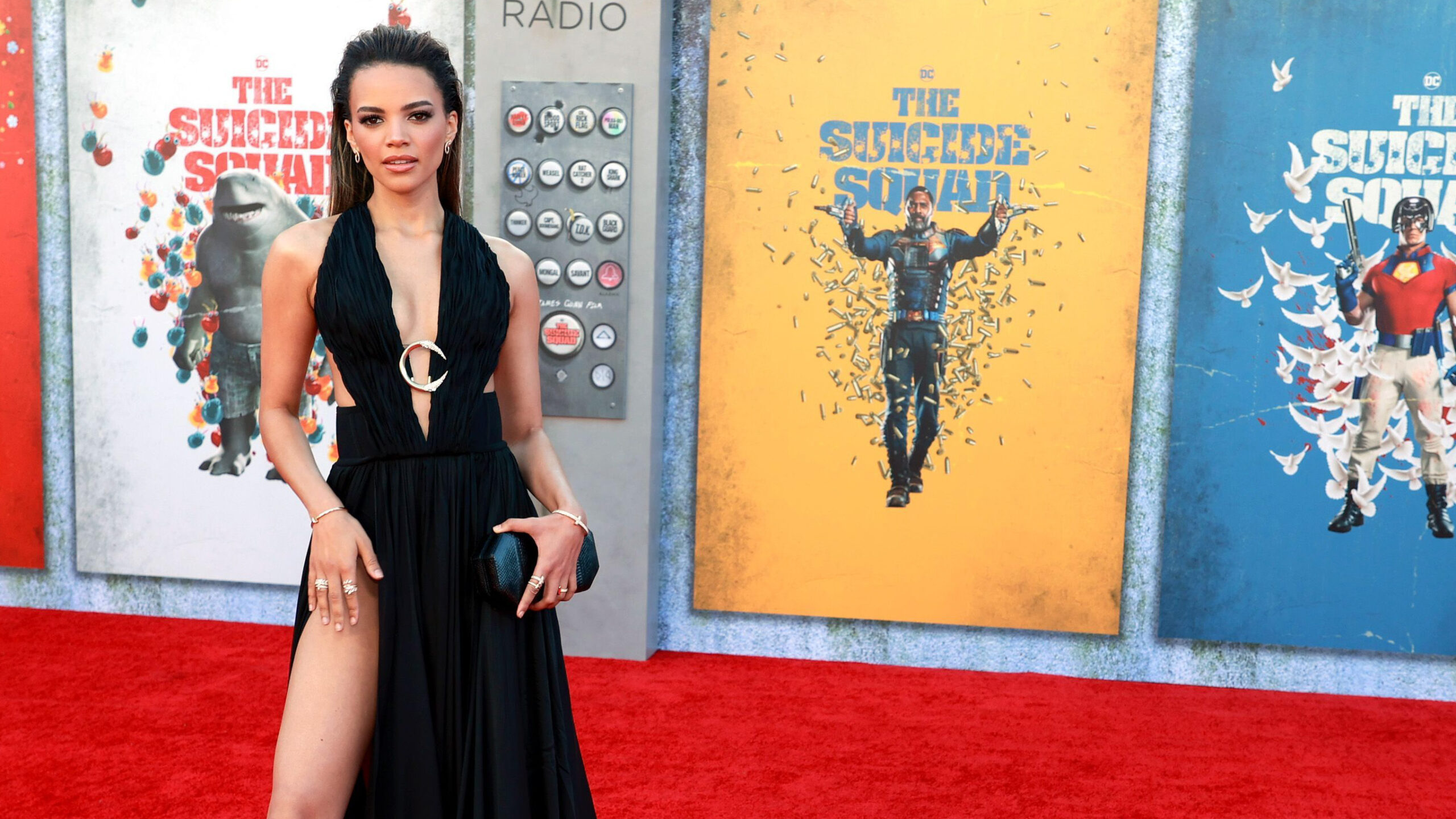 Leslie Grace is about to join the pantheon of DC superheroes in Warner Bros.’s upcoming Batgirl movie, which marks the first time the Gothamite heroine has starred in her own vehicle. While the film will be a standalone outing, however, it will still tie into the wider universe in some key ways. Not least in the addition of Michael Keaton’s Batman to its cast, following his big return in The Flash.

So Grace has already ticked the Dark Knight off her list, but which other fellow DC heroes would she like to team up with next? The In the Heights breakout spoke to Popculture.com and revealed she wants to partner with a couple of characters who are also about to make their DCEU debuts in the next two years — Xolo Mariduena’s Jaimie Reyes (Blue Beetle), and Sasha Calle’s Supergirl (The Flash). As Grace explained:

“Speaking of representation, we’ve got our first origin story for a Latino superhero, Blue Beetle, and I would absolutely love to meet up. I don’t know how that will work, because, you know, Batgirl in Gotham, she doesn’t leave. But I would love, at some point, to cross paths with Blue Beetle, who’s literally changing the game. And I would love to meet up with Sasha, with our Supergirl, our new Supergirl. In the comics, Batgirl and Supergirl actually become really good friends. “

And when it comes to villains, Grace likewise has a couple of supercriminals she would love to tick off her bucket list. The actress hopes that she’ll be able to tussle with both Poison Ivy and Catwoman at some point.

“There are some villains I would like to meet too, like Poison Ivy. I just remember growing up and watching the old Batman movies and I’m just like, ‘Wow. Some of these villains are super iconic too.’ So Catwoman…there are so many characters I would love to meet,” Grace added.

The good news for Grace — and the fans — is that Batgirl takes place in the mainstream DCEU and not in The Batman‘s self-contained continuity, so the potential is there for Barbara Gordon to meet all of these characters and more. In fact, set photos have unveiled various references to other DCEU-dwellers, including Black Canary, Lex Luthor, and the Suicide Squad. And she’s already set to face off against one Bat-verse villain in the form of Brendan Fraser’s Firefly, who’ll serve as the film’s main villain.

It’s also looking like Grace will be sticking around the franchise for a while, as the star has admitted that she’s already talked to DC about doing a Batgirl 2. But let’s not get too ahead of ourselves just yet. First we’ve got to meet her when Batgirl, from Bad Boys for Life directors Adil el Arbi and Bilall Fallah, heads to HBO Max. A release date has yet to be given, but it’s likely coming in December 2022.