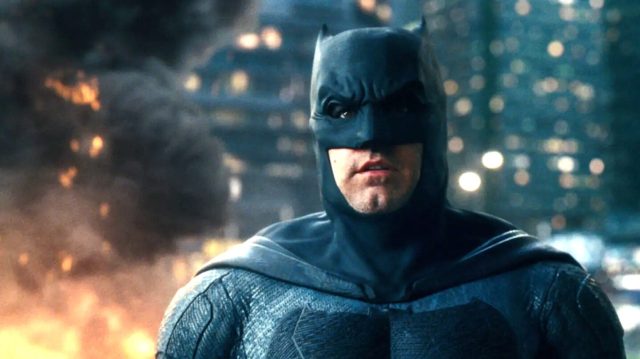 The news surrounding whether or not Ben Affleck will continue to play the role of DC’s iconic caped vigilante has been a confusing one for some time. It was thought that the actor was done with the role after the disastrous Justice League reviews and reception but after videos emerged of the actor on the set of Aquaman and the Lost Kingdom it would appear not. However, in light of the actor’s recent career change, he could finally be done for good.

Affleck first took on the mantle for DC’s Batman vs. Superman in 2016, following it up with a brief cameo in Suicide Squad before returning center stage in Justice League. His performance in the role has unfortunately been undermined by other issues surrounding the films, including poor reception from fans and critics, as well as the tumultuous behavior on the set of the latter film. This led Affleck to truly hate playing the character, and he stated he would be leaving the role after 2023’s The Flash.

Then, in a huge spoiler reveal, Affleck was spotted by tourists taking a tour of Warner Bros. Studios on the set of Aquaman 2, which led to Jason Mamoa confirming that the actor would be back as the Bat in the upcoming film. This caused many to wonder if perhaps Affleck wasn’t as done with the role as he had previously disclosed. However, in light of the new information that Affleck and his best buddy Matt Damon are starting up their own production company, it looks highly unlikely that he will have time for DC in the future.

Growing unhappy with the way film has moved to streaming services and away from theatres, the partners are creating Artists Equity, a ground-breaking new company that will allow actors and off-camera staff to share the profits of the work. Affleck told The New York Times that he would work exclusively within his own production company, saying, “this is the next act of my career for a long, long time.”

Speaking of this brand-new venture, the actor said, “I know what kind of freedoms artists long for and how they can be empowered — treated like grown-ups.”

Though he still has his cameos in The Flash and Aquaman to go, it would seem that this may be the end of his time in the black suit. There are currently a few Batmen running around as is, such as Robert Pattison’s recent take in The Batman, or Michael Keeton who will be reprising his role as the Batman in The Flash as well.

We likely never saw the best version of Affleck’s Batman, with poor writing, directing, and overall messy delivery in many of the movies he appeared in as the character. Hopefully, fans will get to see something worth holding onto from The Flash or the next Aquaman before the actor steps out of the role for the last time.