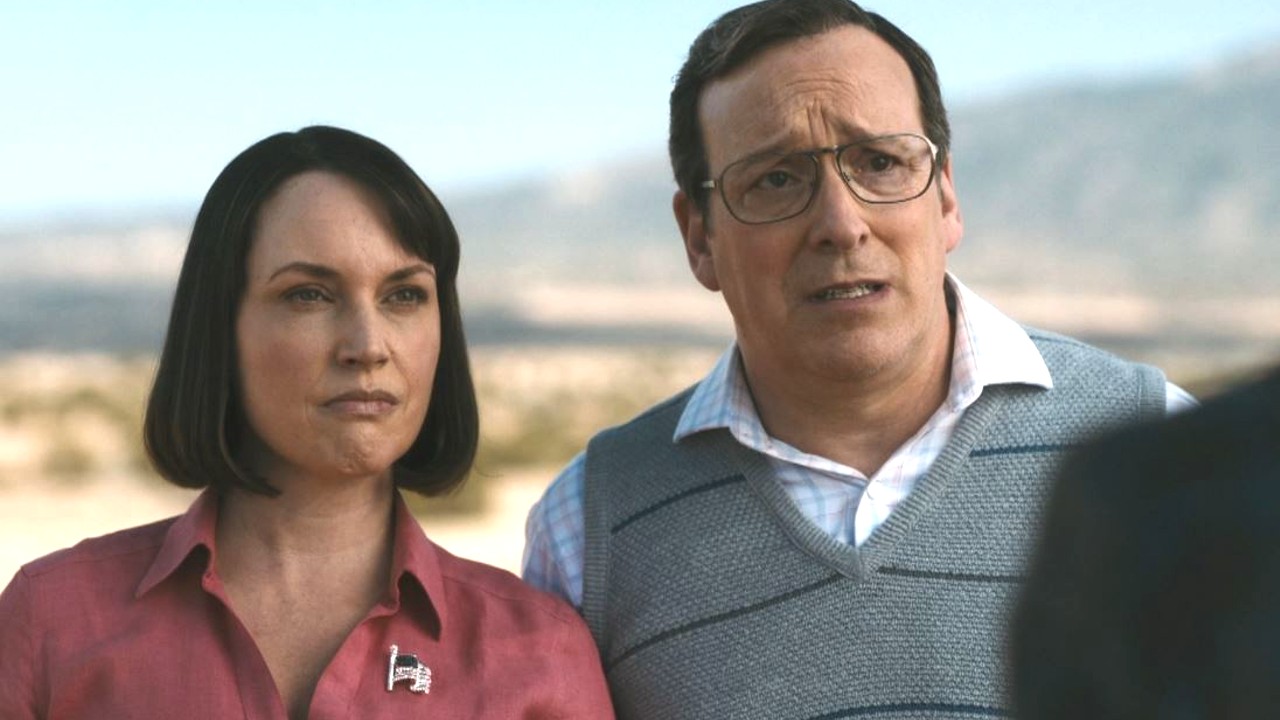 Better Call Saul actor Julie Ann Emery is comparing her character (Betsy Kettleman) to a “Karen,” after making a much-welcome return in the series’ season six.

Betsy and her obedient husband, Jeremy Shamos’ Craig Kettleman, represented a comedic high point in the first season of the Breaking Bad prequel. They played a couple guilty of white-collar embezzlement who are in denial of their crime.

After Craig serves hard time for the $1.6 million scam, the couple opens up a tax preparation business, continuing their thieving ways in dribs and drabs by skimming off the top of customers’ tax refunds.

When asked by The Hollywood Reporter how she felt about the couple still being up to their same old schemes, Emery said she “always thought that they were still doing some sort of grift and that they felt entitled.”

Watching the Internet over the last few years and seeing the rise of the ‘Karens’ has been really shocking to me. Maybe these people have always existed, but they’re just coming out of the woodwork and making themselves very vocal on the Internet. There are probably more videos to watch now that everyone has a camera on them at all times. But there are these people that feel entitled to whatever they deem good for their lives and their families. And that’s very much Betsy.

Emery went on to say Betsy “doesn’t see the law as her barometer.” For the character, it was just another way to climb out of the financial situation the couple found themselves in.

Emery noted that she found it “interesting” how Craig, who normally just goes along for the ride, is “a little more vocal now than he used to be.”

Prison changed him a little bit. He’s willing to say, ‘Mr. McGill! It’s so good to see you,’ in front of Betsy, even though he knows that’s going to make her angry. Mr. Kettleman is so funny; he kind of grew a happy pair in jail.

We’re happy to see the return of the Kettlemans in Better Call Saul’s final season, since the show as a whole has increasingly focused more and more on side characters like Giancarlo Esposito’s Gus Fringe and Michael Mando’s Nacho Vargo, with the comedic elements being sidelined throughout that transition.