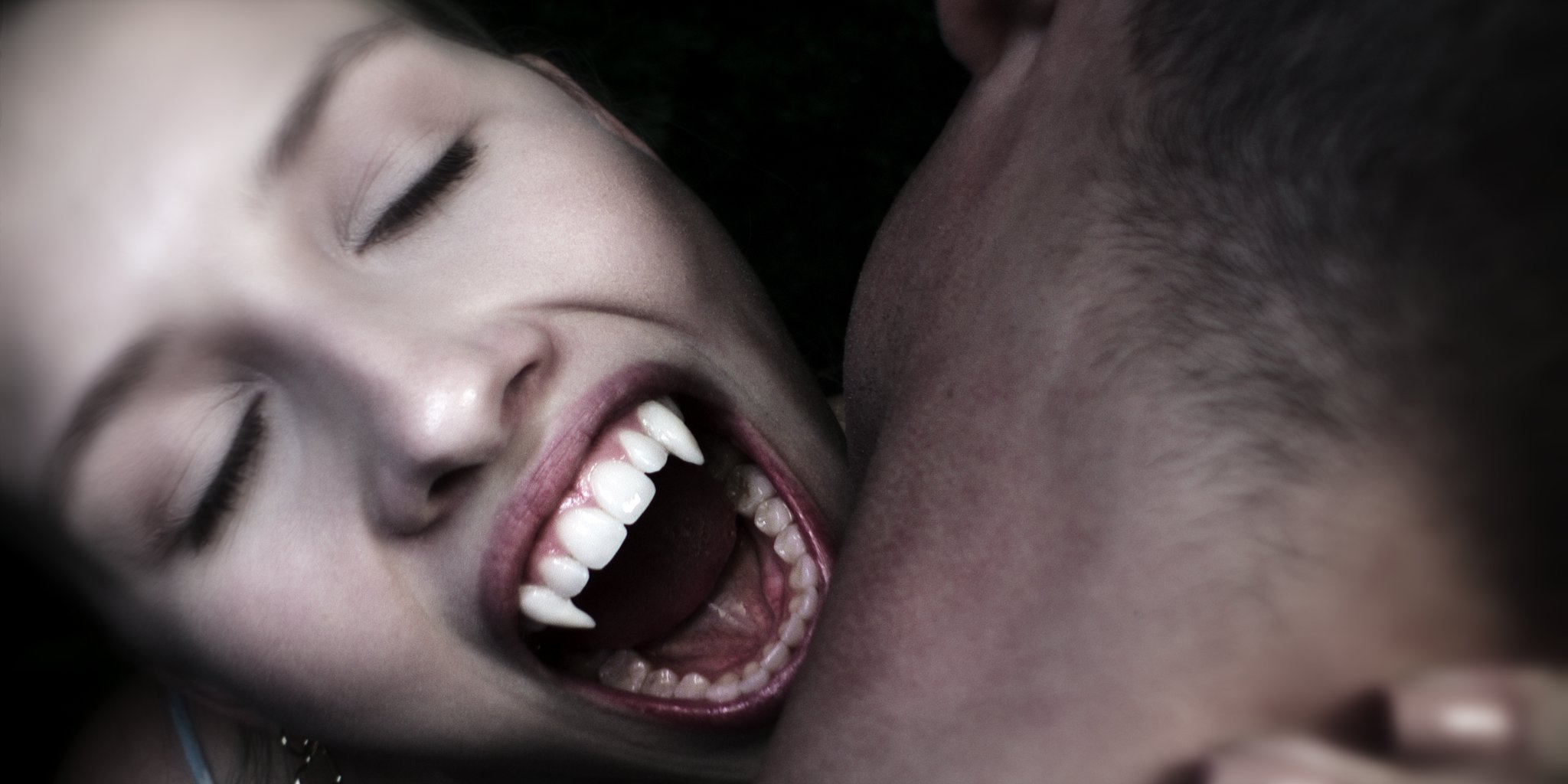 Netflix has revealed your first taste of upcoming vampire-themed teen drama First Kill, as well as promising that it will be rising from the grave this summer. You might be thinking that you’ve seen enough vampire TV shows already, but this one looks to offer a fresh twist on the material by focusing on a complicated and forbidden same-sex romance between a vamp and a vampire hunter.

First Kill stars Sarah Catherine Hook (The Conjuring: The Devil Made Me Do It) as Juliette Fairmont, a teenage bloodsucker from a powerful undead family who is primed to make her ceremonial first kill. For her victim, she chooses new girl in town, Calliope Burns (Eighth Grade‘s Imani Lewis), but little does she know that Calliope is actually the offspring of a brood of celebrated slayers. Both will find that the other isn’t so easy to kill — but is way too easy to fall for.

Check out the blood-pumping poster and new promo photos for First Kill below:

The series also stars the likes of Elizabeth Mitchell, Aubin Wise, Gracie Dzienny, Dominic Goodman, Phillip Mullings Jr., and Jason R. Moore. The Punisher veteran Felicia D. Henderson serves as showrunner. First Kill is based on a story written by New York Times bestselling author Victoria “V.E.” Schwab, who is also on board the show as a writer and exec producer. American Horror Story alum Emma Roberts is likewise an EP, alongside Karah Preiss, for Belletrist Productions, and Jet Wilkinson.

Netflix hasn’t had the best luck with live-action vampire shows before now, with Ian Somerhalder’s V Wars failing to survive past a single season back in 2019, but hopefully First Kill will slake viewers’ thirst with much more success. Catch the series, consisting of eight 60-minute episodes, when it makes its streaming debut this June 10.