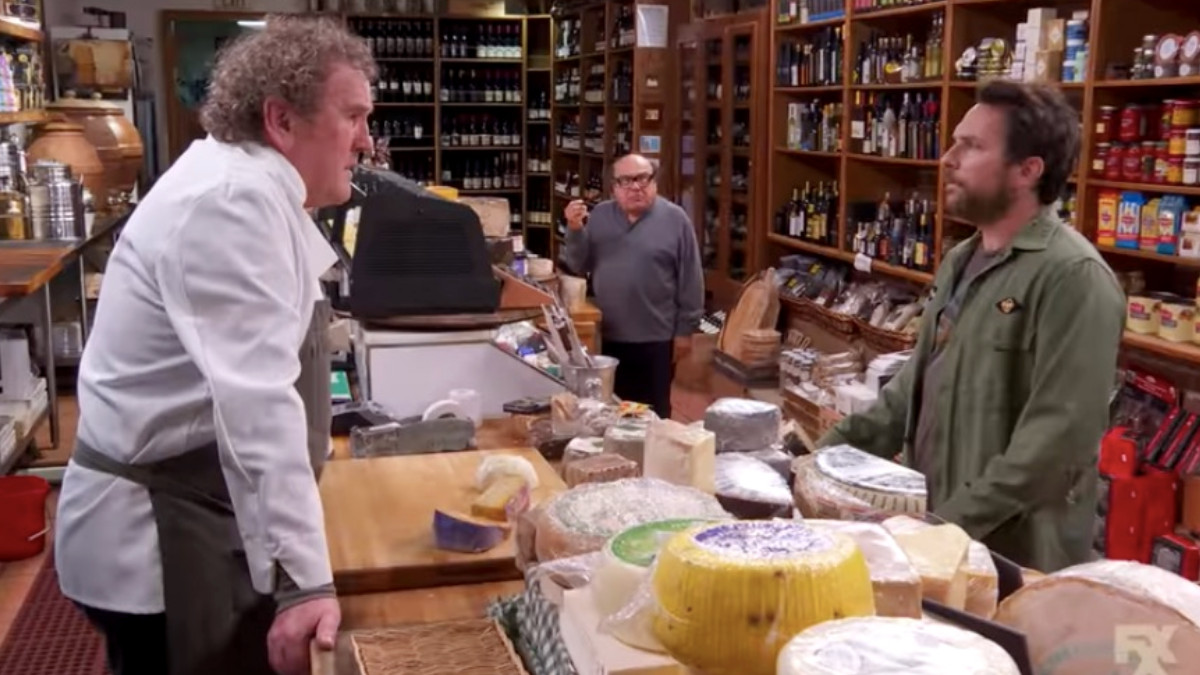 It's Always Sunny in Philadelphia / FXX

It’s Always Sunny in Philadelphia just wrapped up its record-breaking 15th season late last year, replacing The Adventures of Ozzie and Harriet as the longest-running live-action television series. But what else was unique about the FXX show’s 15th season was that the final four episodes were set in Ireland, whereas the action rarely strays from the city of brotherly love. (One notable exception being season 10’s “The Gang Beats Boggs,” which was set on a cross-country flight.)

“It was really something we approach in the writing, we wanted to do this four-episode arc in Ireland and we wanted it to be anchored with something real for the characters,” Day explained to the website. “Let’s not just do a story where we go to Florida for the sake of going to Florida, that COULD be funny, but if we’re going to ask people to follow us through four stories, it should be rooted in something real for these characters.”

“It was a really interesting way to address, if only momentarily, who these people are and say ‘they’re wild, crazy, self-absorbed’ but believe it or not, they’re real people with a past and history,” the 46-year-old continued. “As a performer, it was really exciting to do something more emotional. It wasn’t too hard to get to that place in the rain and the mud, and it all sort of came together. I was really happy with the end product and I hope it was able to reach people.”

Unfortunately, due to the pandemic, while some of the season’s filming did take place in Ireland, a lot of the outdoor scenes, in particular, had to be shot in Los Angeles and added in post-production, as series creator Rob McElhenney explained in a New York Times profile last year.

With the cast all busy with other projects (McElhenney and Day co-created Apple TV’s Mythic Quest, which McElhenney also stars in, on top of Day’s packed film schedule), the 15th season consisted of only eight episodes instead of the usual 10, which has been standard since the 10th season. However, given that the comedy was picked up for four additional seasons in late 2020 — bringing the grand total to 18 — whether set in Philly, Ireland, or Florida, have no fears, they’ll have stories for years.