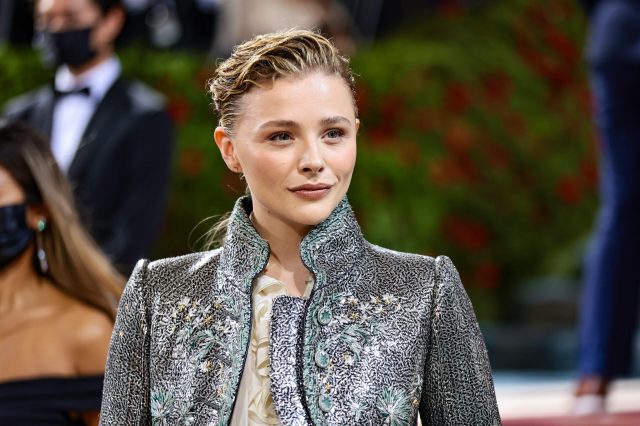 Actress Chloë Grace Moretz burst onto the scene in 2010 with Kick-Ass. Since then she has appeared in a number of other projects, re-assessed her career and what she wanted to do in 2016, and now says body mockery drove her into some therapy.

The 25-year-old reveals the information in a new profile published by Hunger today. Essentially, one image of her with a pizza box and her long legs and short torso twisted into a shot from Family Guy. She says others told her to not complain as they found the image funny, but, for her, it was anything but as she cannot change who she is any more than a tiger can shift around stripes.

“Everyone was making fun of my body, and I brought it up with someone and they were like, ‘Oh, shut the fuck up, it’s funny.’ And I just remember sitting there and thinking, ‘My body is being used as a joke, and it’s something that I can’t change about who I am, and it is being posted all over Instagram. It was something so benign as walking into a hotel with leftovers. And to this day, when I see that meme, it’s something very hard for me to overcome.”

Later in the article Moretz adds the earlier days of the COVID-19 pandemic were a respite for her as she did not have to be as busy and could go out in public and live with relative anonymity. She also says she recently lost her father, and, as she is in a better place now than even a couple of years ago, she is back to thinking about work and new frontiers she wants to explore with fire.

“I have my sights on getting behind the camera and seizing that freedom that you get being behind the camera instead of being in front of it all the time. But my five-year goal is to get land somewhere and start that process of being able to live in two parts. Half LA, half farm. My love language is nature. It’s a new thing I’m doing. Taking time to refill my cup. It’s all about boundaries and using your voice.”

Moretz will appear next in Nimona in 2023. She is currently filming The Peripheral for Amazon Prime Video. Family Guy creator Seth MacFarlane has not commented on Moretz’s comments as of this story’s filing, though, for some on Twitter, the fact she even had to go through this as a young person is proof positive the entertainment industry should not be entered into before adulthood.