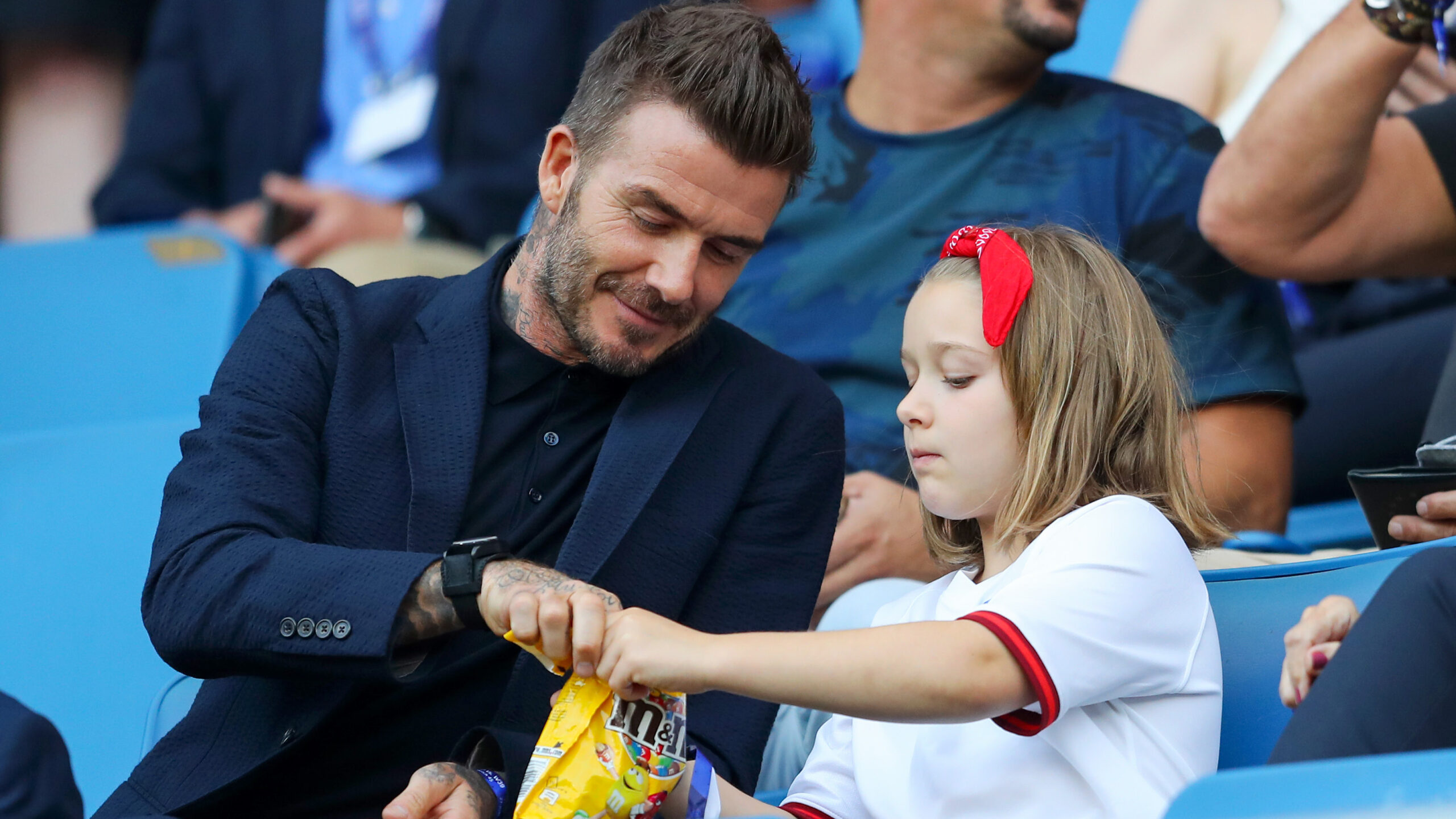 LE HAVRE, FRANCE - JUNE 27: David Beckham is seen in the stands with his daughter, Harper, prior to the 2019 FIFA Women's World Cup France Quarter Final match between Norway and England at Stade Oceane on June 27, 2019 in Le Havre, France. (Photo by Richard Heathcote/Getty Images)

During a podcast interview that debuted earlier this week, David Beckham discussed his love for cooking, and revealed in the interview that his wife, Spice Girl Victoria Beckham, has eaten the same thing every day for a quarter of a century.

“I get quite emotional about food and wine,” Beckham said, according to People‘s account of the interview. “When I’m eating something great I want everyone to try it.”

He then confessed to Ruthie Rogers, who hosts the podcast, “Unfortunately I’m married to someone that has eaten the same thing for the last 25 years! Since I met Victoria, she only eats grilled fish, steamed vegetables,” “She will very rarely deviate away from that.

He added, “The only time she’s probably ever shared something that’s been on my plate was actually when she was pregnant with Harper,” their now 10-year-old daughter, “and it was the most amazing thing.”

“It was one of my favorite evenings. I can’t remember what it was,” he recalled, “but I know she’s not eaten it since!”

“You know, I was in the kitchen the other day, cooking for the kids and Victoria was like, ‘Can I help? What can I do?’ and I was like, ‘Sit down, have a vodka and tonic, relax and be with the kids.’ This is what I love to do.”

Both Victoria’s and David’s takes on food are relatable. No matter whether your cooking approach is tried and true or bold and experimental, you’ve got at least one Beckham on your team.