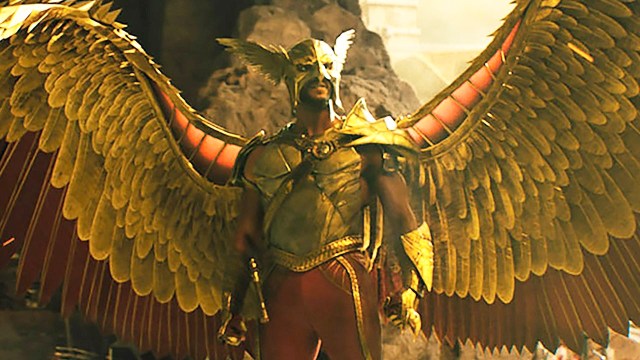 While the DCEU seems to be struggling with what it will look like in the wake of the Warner Bros. Discovery merger, the next entry in the franchise, Black Adam, seems to be traveling full speed ahead to the big screen in October, and fans are already trying to guess what new franchises may be spinning off from the movie if it strikes box office gold.

Speculation is already high that Black Adam may just be the forerunner of an onscreen version of the Justice Society, DC Comics’ Golden Age predecessor of the Justice League, which went on to enjoy modern-day success in the 2000s when rebooted by writers such as James Robinson and former DC entertainment chief creative officer Geoff Johns.

One Reddit post is now wondering if the film could lead to a full-on spin-off of the 1940s-era team, which included the original versions of The Flash, The Atom, and Green Lantern.

The team originally debuted in 1940, and also included masked men heroes such as Doctor Mid-Nite, The Sandman, Hawkman, The Spectre, and The Hourman. Though the title was canceled in the ‘50s, the team returned in the pages of The Justice League comics in the 60s and have been around in various forms ever since. But are they ready to make the leap to the big screen?

Black Adam will feature the DCEU debut of Doctor Fate and Hawkman, two members of the original team lineup, as well as relative newcomers Atom Smasher and Cyclone. Given the fact that Black Adam himself has been a JSA member at times, it seems all but inevitable that the team is going to exist, in one form or another, in the DCEU. But will we ever see the OG WWII- era team in theaters?

Most commenters agreed that if we do get a DCEU JSA film it will almost certainly be a contemporary version that doesn’t touch on the group’s comic book past as the very first superhero team. And a notable amount of commenters were dubious of anything as bold as a period piece JSA movie occurring under Warner Bros. Discovery’s current leadership.

For now, JSA fans will have to be content that they will see at least one version of the team in action when Black Adam debuts in theaters on October 21.