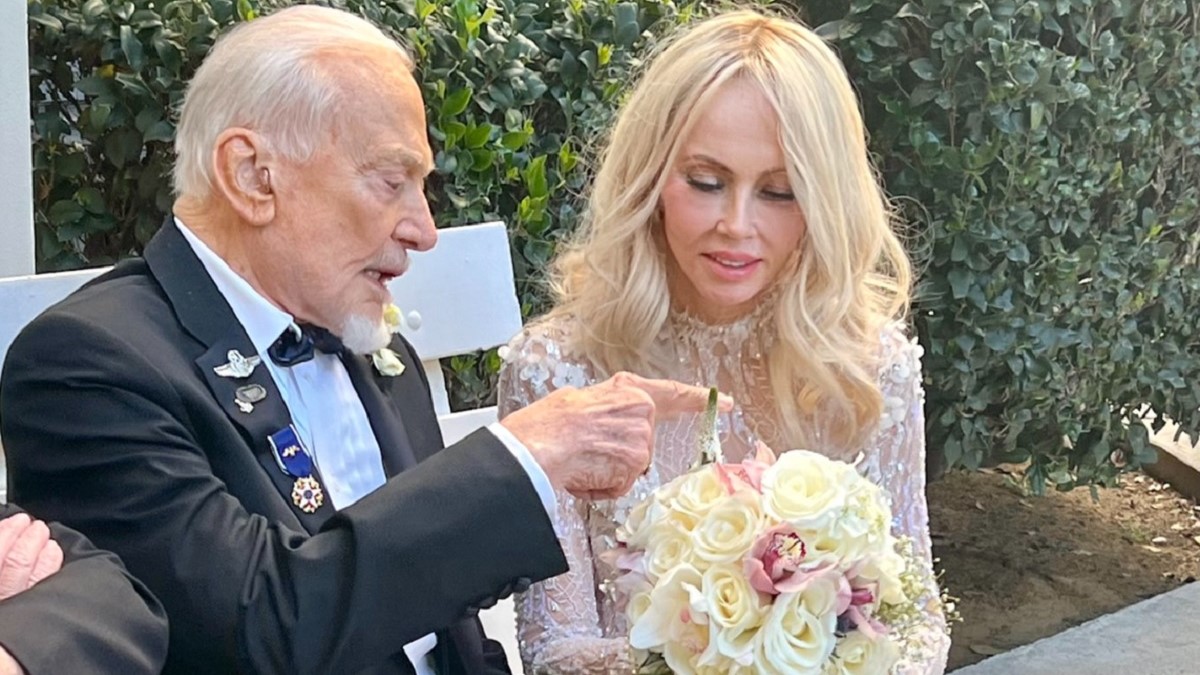 When you are one of the first people to set foot on the moon, it can be difficult for much else to seem like an adventure. Yet beloved astronaut Buzz Aldrin is still aiming for infinity and beyond. The 93-year-old has a beloved Disney character named after him, has been the friend of presidents and recently tied the knot with a woman 30 years his junior after three previous marriages. Fourth time’s the charm, right?

News of Aldrin’s matrimony is reported in a new article from CNN and on the iconic astronaut’s Twitter above. Faur, 63, who has a doctorate in chemical engineering, has worked for Aldrin’s Buzz Aldrin Ventures LLC since 2019 and fans are happy for them. Author Martin Knight tipped his hat, and, because the internet is the internet, worked in a fun pun which has gotten some likes.

Other users say the pair tied the knot in style, and one went so far as to utilize a gif to express his reaction. In his view, Aldrin doing so on the day he was born and the day he gets honored as a legend is worthy of being handed the crown as a king within culture.

Of course, because this is the internet, there are some negative responses. One man said the situation appears to be a money-seeking one and likened Aldrin (who is the last living member of the 1969 moon mission) to a gem being harvested for gain.

However, Aldrin is not letting this get him down. He thanked folks for their well-wishes in another tweet and says he will be hopefully circling the sun for many more years while working to serve far greater causes than himself each day.

It’s never too late for a new life adventure. Onward and upward, indeed.