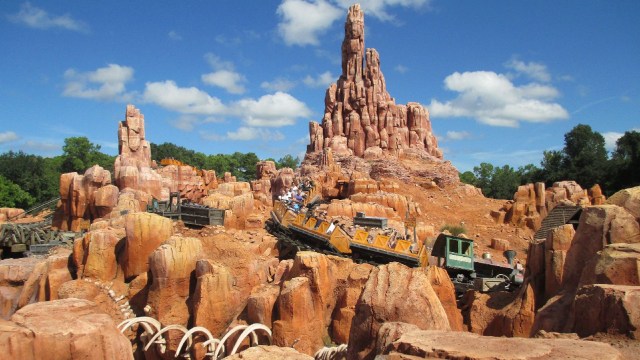 Now that a movie is in the works based on the Disney theme park attraction Big Thunder Mountain, some fans of the House Mouse are questioning whether we really need another adaptation of a ride.

The Pirates of the Caribbean franchise was based on an attraction at a Disney park and is considered a success. But last year’s Jungle Cruise, also based on an attraction, received mixed reviews from critics and underperformed at the box office, overall. The 2003 film Haunted Mansion, starring Eddie Murphy, was also a massive critical flop.

Yet, despite the dicey history with the already-strained premise of basing a movie off of a theme park ride, Jungle Cruise is going to get a sequel, Haunted Mansion will be getting a reboot next year, and now a film based on Big Thunder Mountain is also in the works.

“Wasn’t Jungle Cruise a disaster in the Box Office?, They should stop doing these cash grabs to promote Disney World,” was the reaction from one Twitter user.

Another commentator guessed the shortlist for who would star in the film, and the many variations of the same shirt he tends to wear.

Another Twitter user similarly lampooned Dwayne “The Rock” Johnson for starring in every movie ever, now-a-days.

Other fans of the show Entourage recalled a subplot in which one of the characters pitches a movie based on a ride called “Matterhorn.”

Although a movie based on a theme park ride sounds like a tired premise, to be sure, there is some substantial talent behind the project, including Hawkeye and Our Flag Means Death directors Bert and Bertie at the helm. The screenplay for the movie will be from Kieran and Michele Mulroney, the married writing team responsible for Sherlock Holmes: A Game of Shadows and 2017’s Power Rangers.

The Big Thunder Mountain ride, which exists at multiple parks around the world, is themed after an 1800s-era gold rush town that succumbs to a natural disaster.