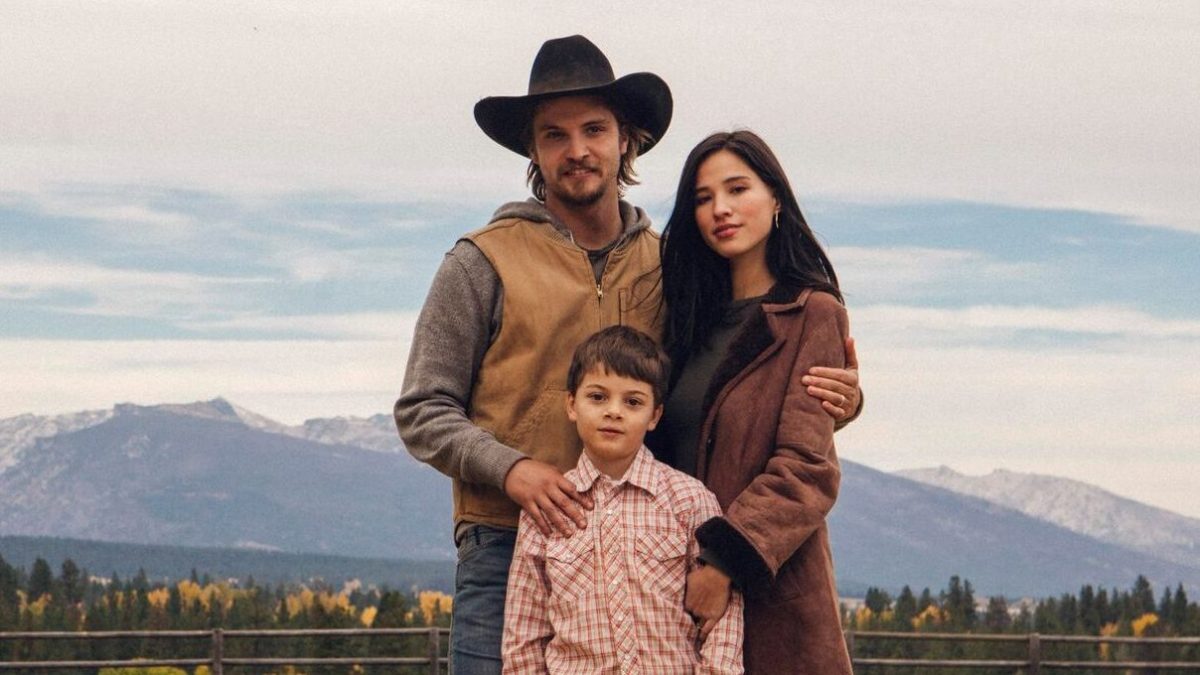 With an emotional and heartbreaking start to season five of Yellowstone, fans are beginning to wonder if we will lose yet another integral part of the Dutton family.

Something special (see also: tragic) about Taylor Sheridan’s writing in the Dutton universe is that he doesn’t shy away from fundamental and life-altering heartache. Season five of everyone’s favorite cowboy drama kicked off with an untimely and devastating heartbreak for Monica, Kayce, and Tate Dutton: The loss of a child.

Now, with an eerie preview of the upcoming Yellowstone episode, fans wonder if the family is unknowingly gearing up for even more heartache on the horizon. Could Kayce and Monica be facing another loss that would change them at the core of who they are, and if so, how would they survive?

We’re examining those questions and the pressing matter on everyone’s mind: Does Tate Dutton die in season five? You know what to do, grab your Yellowstone-loving bestie and a drink of choice, and let’s ride in.

Fans can breathe a sigh of relief for now, as Tate has survived the story so far. Although he’s been through a lot—including things most adults would have a hard time surviving—he’s still got a childlike quality and a zest for life that surpasses understanding.

Kids are resilient, but Tate is a character who embodies that at a fundamental level. He’s been kidnapped, brainwashed, and in the act of protection for his mother, he even shot a man.

It’s not exactly what you’d think of in terms of an idyllic childhood, but Tate has found solace and comfort in the land, in those who live at the ranch, and in special moments with his grandpa, John.

What was the first tragedy for Monica, Kayce, and Tate in season five?

During a call between Monica and Kayce in the season premiere, she lets her husband know that she’s experiencing some pain with her pregnancy. Although it’s still weeks too early for their son to be born, Monica thinks she must head to the hospital. Kayce isn’t home, but he quickly tells her he’ll send an ambulance to meet her.

What happens next should be beautiful: A mother and her son are driving to meet an ambulance, and it’s looking like they’ll be welcoming a new addition to their family. Emotions were high because he was coming early, but with medical advancements, everyone should have been okay. What happened instead was heartbreaking. There was a terrible accident, and fans weren’t sure who would survive it.

With all that said, fans anticipated that the family might be preparing for another heartbreaking loss.

We see John Dutton rush to the hospital, where Tate explains that he had a brother, “at least for an hour,” and that he was named John. Cue the tears.

Tate was looking forward to welcoming a sibling into the world, and it’s a loss that not just Kayce and Monica will carry with them far into the future. We’ll see Tate wonder what would have been of his little brother as we see his parents cope with their loss.

Could Tate be the next causality of Yellowstone?

Why are fans wondering if Tate will die in season five? It has a lot to do with what happened in “Watch ‘Em Ride Away,” the new season’s fifth episode.

The Dutton family and their ranch hands were packing up to endure a grueling spring gathering. The lead-up to the big trip was funny in some ways, sweet in others, and downright brutal in a brawl between Summer and Beth, but all of that led together to allow fans to know that emotions were high.

It should be a simple enough trip, but things in Yellowstone are never simple enough, are they? When the episode wrapped, fans got a quick peek at the upcoming episode, and it allowed us to feel the weight of what the Duttons were experiencing. Fans also looked at the Dutton graveyard at the ranch, blood on one of the stones, and a glance at several of our favorite characters in tears, with John holding someone with brown wavy hair.

Fans wonder if he could be holding Tate or Carter, as the build and hair match one of them. If it were to be Tate, could John be cradling him as he’s injured? A medic helicopter in the sneak peek also has us racking our brains with the idea that someone might not make it out of this ride alive.

Looking at the bigger picture as a whole, we hope that Kayce and Monica could find a reprieve from the pain of loss, especially that of another child, so we’re hoping that Tate is just in need of a special moment with his grandfather if that’s what the scene previews.

We also hope that no one else dies in the spring gathering. With how things are going, John needs everyone in his family and crew in working order.