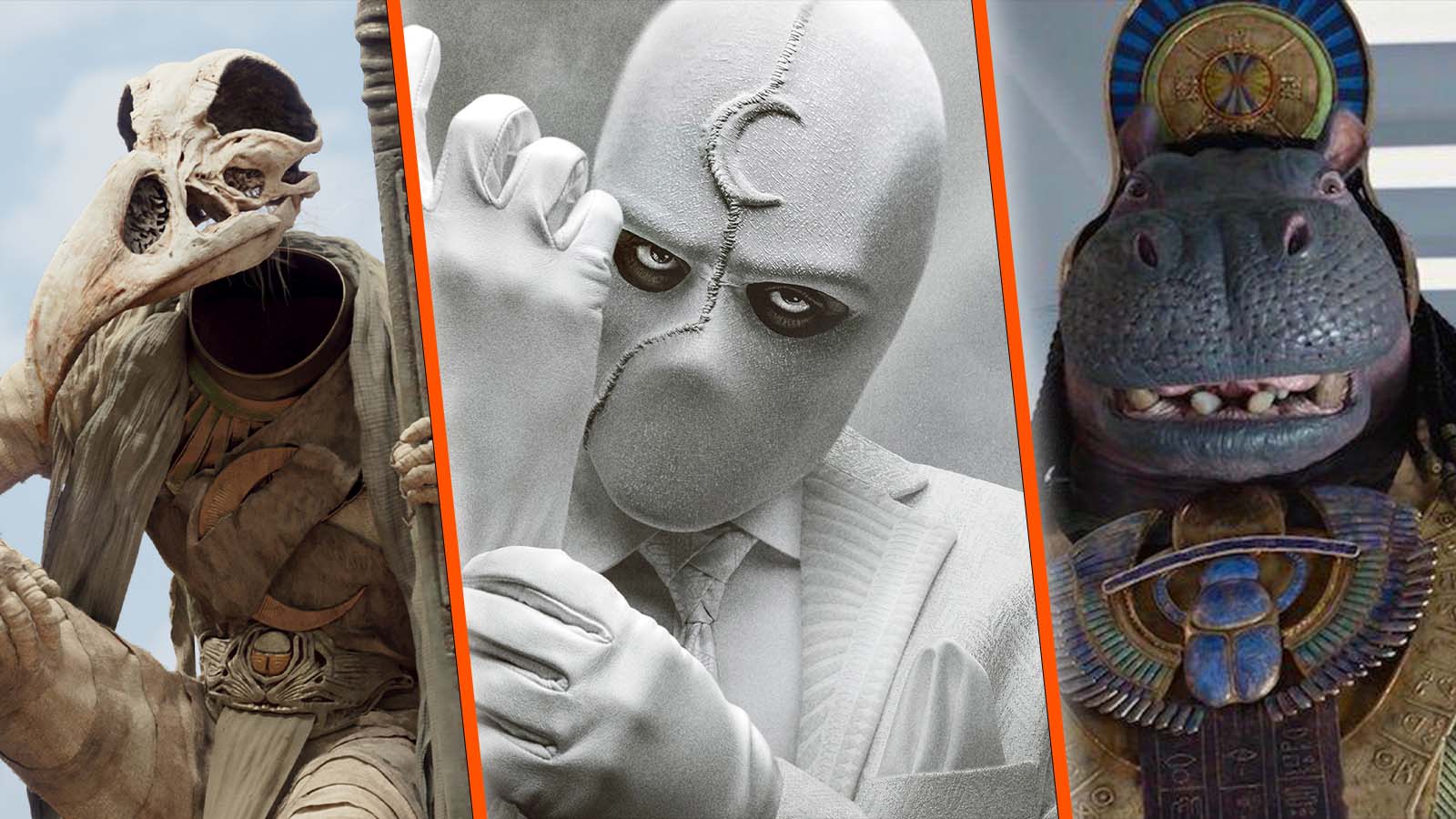 Antonia Salib’s Tawaret, the Egyptian goddess with a hippo’s head in Marvel’s Moon Knight, is a runaway fan-favorite character in the series that we’re now getting a better look at in a new behind-the-scenes glimpse.

While the character has been confirmed to be entirely constructed using computer-generated imagery, as noted in an article on Marvel’s website, Salib performed the motion capture on set, opposite lead actor Oscar Isaac. So immersed in the role was she, that Salib sported the character’s entire Egyptian-inspired costume, along with a motion capture pole attached to her back to emulate the character’s height, the article said. The pole also served as a sight-line reference for Isaac.

In a recent Instagram post by Salib, who also voices Tawaret in the show, she could be seen posing with a practical prop of a giant hippo head.

It isn’t entirely clear how the hippo head was used on set. We’re guessing it was simply photographed on its own for visual reference, for the CGI artists to use later on, since it looks quite heavy for something for Salib to carry around while acting.

The Marvel article doesn’t mention the hippo head prop, but instead makes reference to the motion capture pole, which was described as being quite lightweight. Rather than a hippo head being on top of the pole, it was a tennis ball, said Salib, who made her first major TV role debut in the show. In fact, the pole was so maneuverable that it caused problems on set.

“It was very light and had a tennis ball on the top for Oscar to use for sightlines. I was trying to give my best acting performance, really going for it. I’d forget I had [the motion capture pole] on because it was so light, and I’d be bounding around with these platform shoes, and this long pole. Everyone was like ‘no, no!’ because there’d be lights, and cameras above me, and I just be bounding into them. So, sorry if any equipment was damaged,” she said with a laugh.

When the behind-the-scenes image was posted to Reddit, on the r/MarvelStudios subreddit, fans could not get enough of seeing who the actor was behind the now-iconic Egyptian goddess.

“I’d be just as scared as [Isaac’s] Steven and Marc if I saw a hippo head on a stick,” one fan wrote.

“That makes Marc and Steven’s scream even more realistic lmao,” another user wrote.

“I like how she’s also in full costume,” another fan wrote. “Just a regular human but with the head of a hippo.”

Someone who is clearly a visual effects nerd of some kind hypothesized the hippo head and costume “probably helps with the CGI replacement later.”

The undeniable cuteness of Tawaret was the focal point for many Marvel fanatics, as well.

Surely, it won’t be long until we see plenty of ComicCon look-alikes roaming around sporting a hippo for a head.

The final episode of Moon Knight‘s first season will hit Disney Plus on May 4 and hopefully will incorporate more Tawaret. By the way, Marvel, can we get a spinoff series?