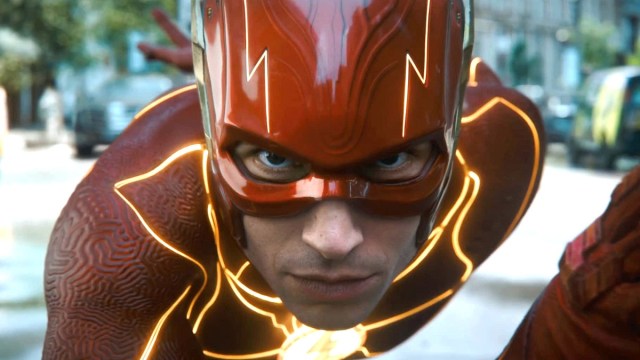 Following reports that someone apparently pulled a fire alarm or that some other related issue was unfolding ahead of Marvel‘s presentation at San Diego Comic-Con, fans were making their hilarious guesses as to who might do such a thing.

The original Twitter post by an entertainment journalist reported “It appears that someone has pulled the fire alarm or that there is a problem with the Fire Marshall right before Marvel’s #SDCC panel.”

However, that same Twitter user shared in a follow-up tweet that the issue quickly cleared up, and the panel apparently started on time thereafter.

“Everything is clear now and we’re back on track.”

But the tiny hiccup, which ended up being inconsequential, quickly became the subject of fan discussion, with many people giving their best guesses as to who might pull the fire alarm in a prank-type situation, just to one-up Marvel.

In a nod to a long-held rumor about this year’s Comic-Con that turned out to not be true, one Twitter user wrote:

“Henry Cavill showed up as Superman after all.”

Another Twitter user posited it might be the antics of The Flash actor Ezra Miller in an apparently continuous crime spree.

Still another fan guessed it might’ve been Captain Marvel herself, Brie Larson, entering the room, and subsequently setting off all the fire alarms from her sheer radiance.

Another Twitter user was making fun of how much commotion seemed to surround the beginning of Marvel’s panel, with the fire alarm report and subsequent social media chatter adding fuel to the mayhem.

“Must have been a DC fan,” one commentator wrote.

Another comic book movie fan made the guess it was Dwayne “The Rock” Johnson shortly after his trailer for Black Adam appeared earlier at Comic-Con. We’d certainly understand if he didn’t want Marvel to steal his thunder.

Fans made guesses that the culprit could have been some of the heroes and villains of DC themselves.

But we all know the number one suspect is probably Martin “Marvel? That’s not cinema” Scorsese.

Guess we’ll have to find out if the Marvel panel itself is as hot as the drama leading up to it as it continues to unfold Saturday evening.