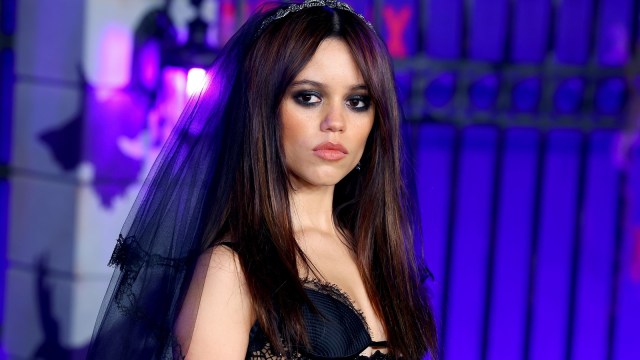 Ahead of its Nov. 23, 2022 release the new Netflix series Wednesday is receiving mainly unenthusiastic reviews for the show overall. One thing reviewers are excited about is Jenna Ortega’s performance as the title character.

“The overall series is rarely quite at its leading lady’s level — adjust your expectations for more of an above-average CW dramedy,” states Daniel Fienberg from The Hollywood Reporter. Feinberg does gush about Ortega. “Ortega’s Wednesday Addams is the perfectly creepy and kooky accumulation of eight episodes of deadpan line-readings, precise comic physicality and expressive eye-rolls. The character has never needed to face the project-carrying focus of this iteration, but thanks to Ortega’s wildly entertaining blur of arch broadness and subtlety, plus creators Alfred Gough and Miles Millar’s refusal to over-explain or over-evolve the eternally nihilistic goth favorite, Wednesday gets to come into her own here,” he states.

Variety’s Caroline Framke agrees. She praised “Ortega’s fantastic performance” but does not think the show honors its source material.  “Wednesday as a whole never really captures what made “The Addams Family” so viscerally strange (nor is it half as visually striking),” she writes.

Collider’s Arezous Amin disagrees with Variety and The Hollywood Reporter’s takes and is a bit more positive about the show. “Ultimately, despite being a darker-than-usual take on The Addams Family, Wednesday retains all the hallmarks that make the stories and the characters special,” Amin states. They do agree about Ortega praising her work as being “played to woeful perfection.” Amin also believes “where Wednesday really thrives is in its cast.”

Audiences will get to decide for themselves on Nov. 23 on Netflix.