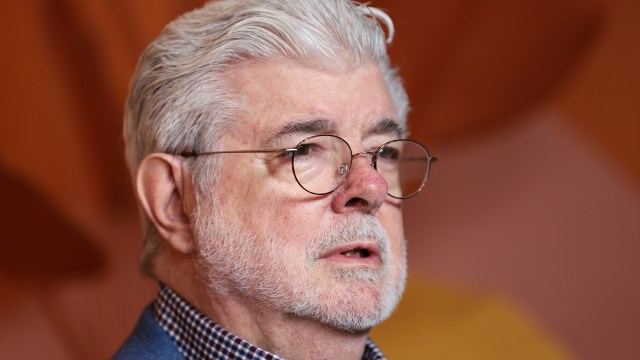 Dimitrios Kambouris/Getty Images for The Museum of Modern Art

As first and foremost a space opera, Star Wars has never been (despite what some believe) about delivering thought provoking dialogue or, for that matter, a narrative meant to be scrutinized and subjected to film theory in order to discern a deeper meaning. The entire franchise can, in fact, be summed up in its entirety as unapologetically unambiguous and for better or worse, that’s exactly what creator George Lucas had always intended.

It’s perhaps not even remotely surprising, then, that Lucas, speaking with author Paul Duncan in The Star Wars Archives. 1999-2005, believes that many fans simply don’t understand much of the Prequel Trilogy’s dialogue because it’s so transparent. In specific reference to Episode II: Attack of the Clones, the filmmaker describes how various scenes, particularly those between Anakin and Padmé, were always presented “very honestly” and not tongue-in-cheek at all.

While he subsequently admits that some of the pair’s dialogue – “I am haunted by the kiss that you should never have given me” – is “pretty corny,” he maintains the view that everything is consistent “not only with the rest of the movie, but with the overall Star Wars style.” “Most people don’t understand the style of Star Wars,” he continues, concluding that they “don’t get that there’s an underlying motif that is very much like a 1930s Western or Saturday matinée serial.” That being the case, Lucas is nothing if not honest in his view that the Prequel Trilogy was always intended to have an air of cheesiness about it, though many fans believe it still stands worlds apart from the Original Trilogy in both tone and atmosphere.

Tell us, though, have you grown fond of The Phantom Menace and its two successors in light of J.J. Abrams/Rian Johnson’s controversial sequels, or will they forever remain at odds with other Star Wars material? Let us know what you think in the usual place down below!