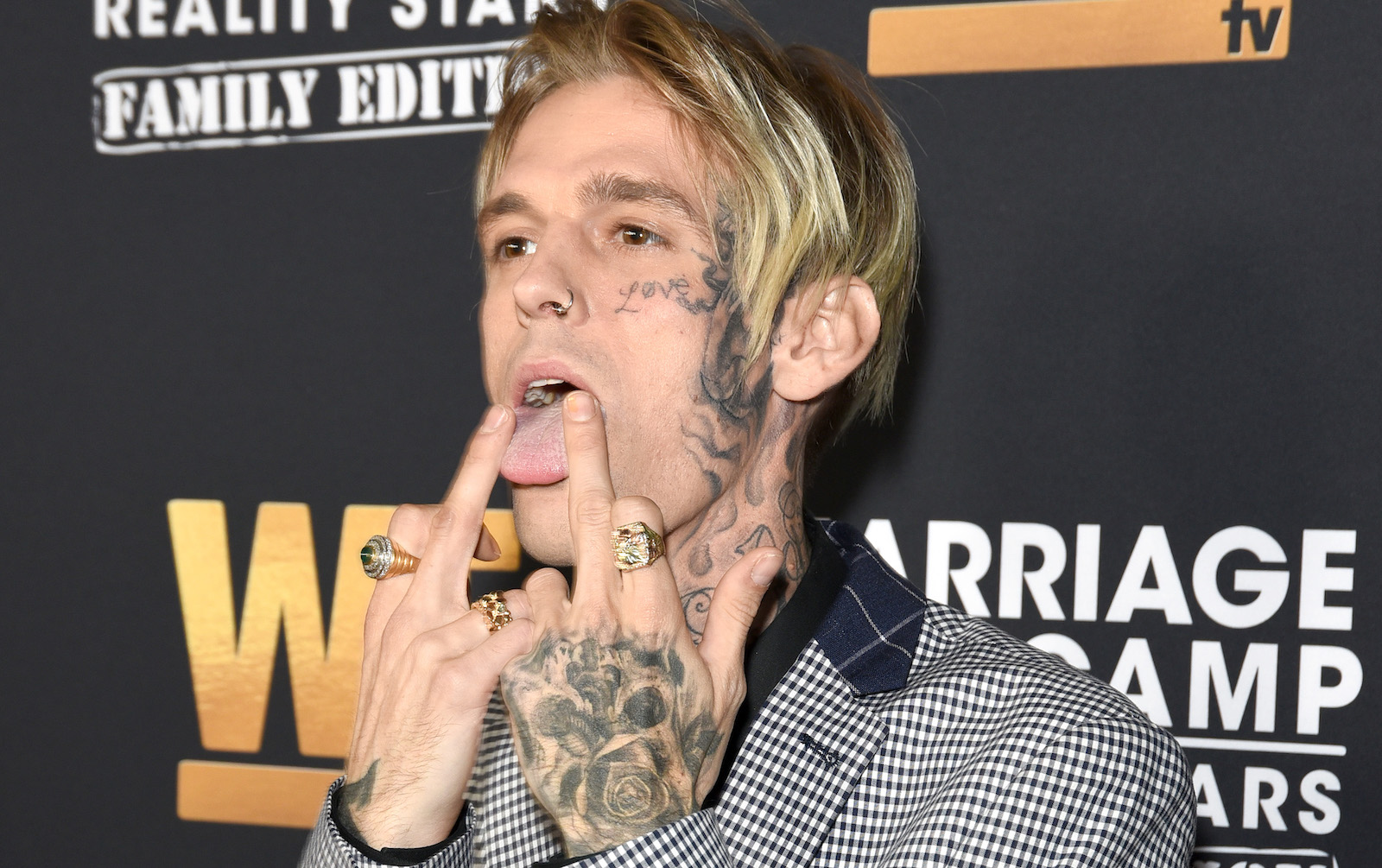 Presley Ann/Getty Images for WE tv

Say it isn’t so. Former teen pop star Aaron Carter, who went from dunking on Shaq to exotic dancer with face tattoos, announced on Twitter that he broke up with fiancée Melanie Martin.

The couple announced they were together in January of 2020 with a (now deleted) post on Carter’s Instagram, according to Billboard.

“She loves me she loves me not, she woke me up from napping but I’m not complaining,” he said at the time.

His tone was much different on Wednesday (Feb. 23).

He followed that tweet with an even more serious one.

The formerly happy couple got engaged in June 2020 and have a son named Prince, born in November of last year.

The couple previously split up for a time, during which Carter went on Twitter to express his grievances.

“This is such a horrible situation considering [our son] Prince doesn’t deserve any of this and now it’s my job to just be a single father and that’s what’s gonna happen,” he said in a follow up.

The couple got back together in December but just like any love story, there’s more to it.

On Thursday (Feb. 24), Carter shared a video of himself chasing after Martin and trying to give her a legal document. In the video, she’s running away from him with some luggage, which she drops in the street, before jumping into a car, prompting many commenters to say she looked scared in the video.

“You’ve been served,” he wrote in an Instagram caption. “See you in court. #restrainingorder”

Perhaps that wasn’t enough, because then Carter went back on Twitter and said “legally, I have the right to serve Melanie.”

He appears in a white hoodie and it’s mostly him talking to people in a house about biscuits and gravy. Then he starts discussing the topic at hand.

“Legally, she has a restraining order on her,” he said. “And she could’ve been arrested last night but I didn’t call the cops.”

Carter goes on to say that Martin is not allowed to mention him on social media or talk about him in any way.

“She can’t do nothing,” he says. “Zero.” The implication is that Martin ran because she doesn’t want to be served. “What happened?” he says. “She cheated on me.”

He said he would be soon posting a video of Martin admitting she was unfaithful.

Martin has not responded to his allegations.