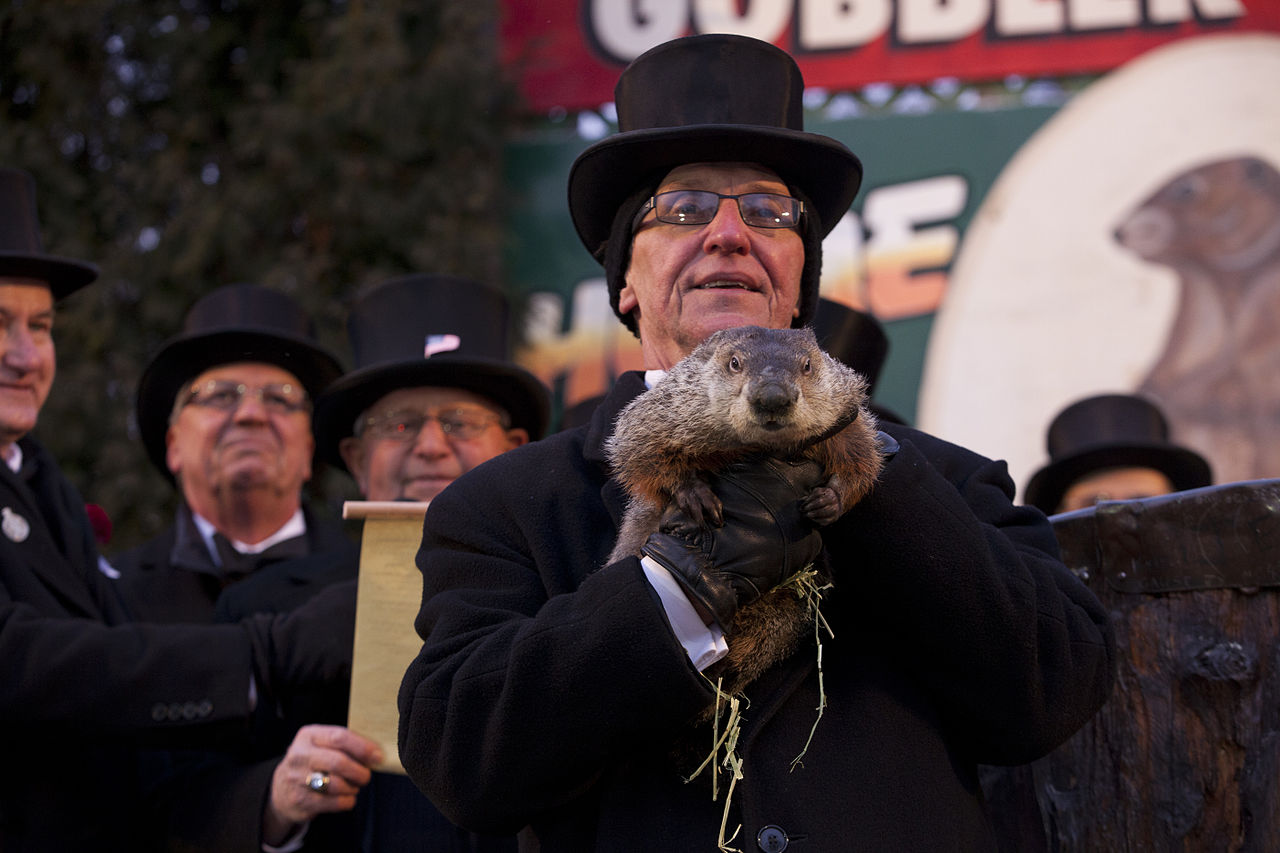 Well, bundle up everyone. Groundhog Day is here again and Punxsutawney Phil came out and saw his shadow and it looks like we’re in for six more weeks of cold weather.

The Punxsutawney Groundhog Club’s Inner Circle, the group responsible for maintaining the Groundhog Day ritual – which dates back to 1887 – donned their traditional top hats and tailcoats and brought the rodent in question out of his den today to proudly display him to the crowd per the annual rite.

The ancient groundhog – the Inner Circle’s conceit is that “Phil” is the very same animal that participated in the original ritual back in 1887 – communicated to the President of the Inner Circle via ‘Groundhogese’ the news that he had indeed seen his shadow this Feb. 2.

In obeyance of tradition, the President informed the Vice President who then read aloud a scroll to the masses letting all the of Phil’s “phaithful phollowers” that they could expect an extended winter.

Sun worshippers needn’t lose all hope, however. According to USA Today, the National Oceanic and Atmospheric Administration published a report last year that stated categorically, “there is no predictive skill for the groundhog during the most recent years of the analysis.” Statistically speaking, Phil has only been correct in his predictions 40 percent of the time over the past 10 years.

Phil’s accuracy rate didn’t keep crowds away from Gobbler’s Knob, home to Phil’s den. Crowds were out this year after having had to stay away the previous year due to COVID-19 protocols in place.

“The time-honored Pennsylvania tradition gives us an opportunity to show how proud we are of Punxsutawney, while also inviting visitors and spectators from around the world to join in spreading joy, no matter what the weather might hold.”

In any case, if you just can’t believe we’ll get an early spring without the use of groundhog prognostication, rest easy. One of Phil’s rivals, Staten Island Chuck’s prediction contradicts Phils entirely. According to Triblive.com, Staten Island District Attorney Michael McMahon announced via a taped statement that Chuck, “did not see his shadow. We will have an early spring.”