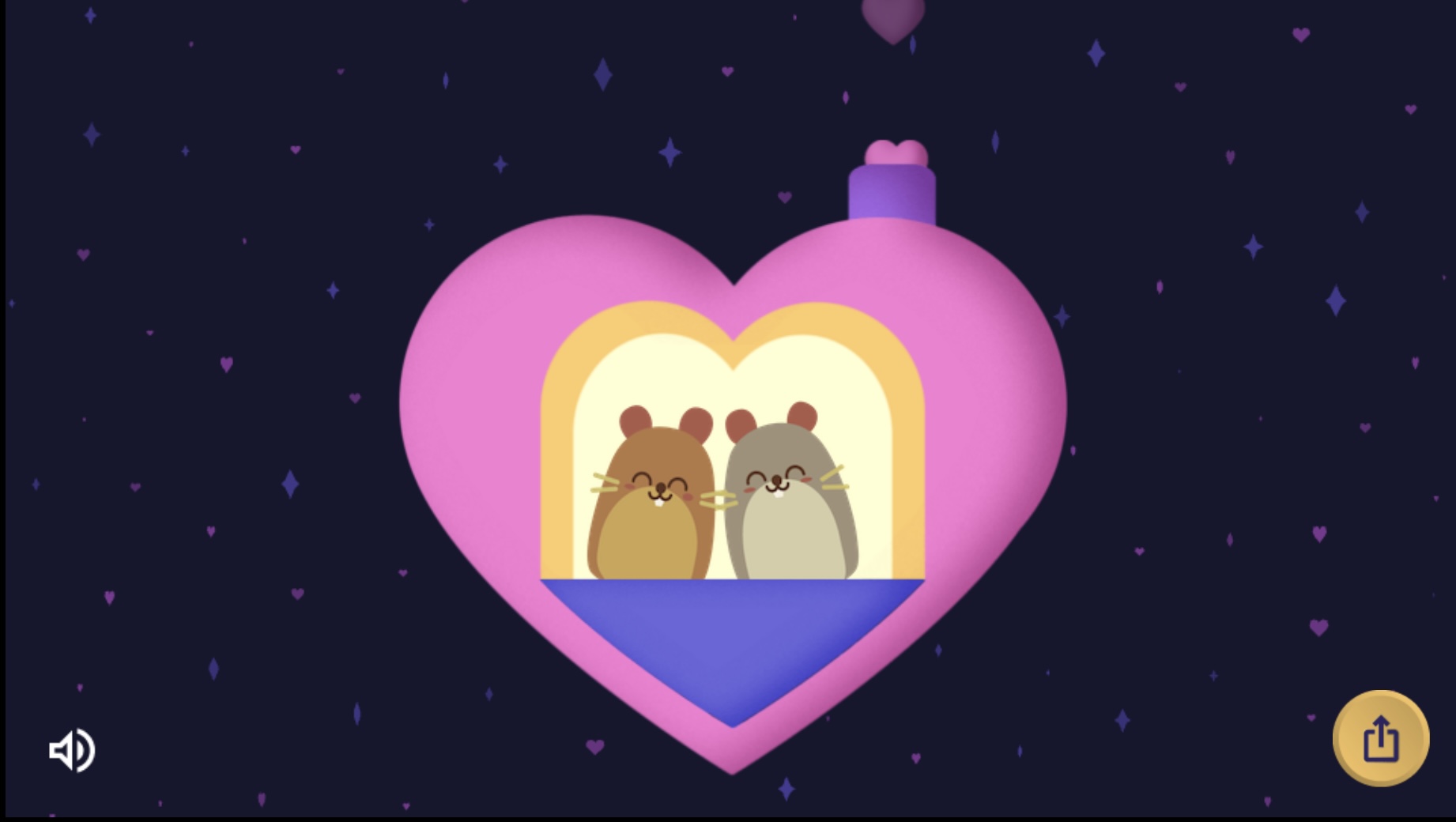 Valentine’s Day is all about romance, and Google is jumping in with an interactive way to make sure true love surpasses all obstacles in a new doodle adventure. If you’re wondering what that pulsing play button is — the one next to two adorable cartoon hamsters — when you pull up Google’s home page this Valentine’s day, read on.

What is the Google Valentine’s Day game?

The game sees two hamsters with heart eyes for one another find themselves separated, and it’s up to you to bring them back together! When one of the adorable animals gets a flower to the other, a big sneeze throws them both in opposite directions — then the fun begins for us.

It’s up to Google users to reunite the pair by pulling levers, twisting bars, and flipping switches to bring the couple back together. You get to build the maze that reunites them, at the peril of your productivity.

“Sometimes love takes you by surprise. It can be full of twists and turns, but through all its ups and downs, it can still bring the world closer together (no matter the species). Just look at the two smitten hamsters featured in today’s interactive 3-D Doodle. Can you piece their path together and clear the way for them to scamper into each other’s precious paws? As they say, home is where the heart is. Happy Valentine’s Day!”

What are some other Google doodle games?

The fun of the Google doodle games is that you don’t need a system or an elaborate setup to play them! If you need a midday break or a fun way to spend a little bit of time, Google has doodles games to occupy your time.

Google pays tribute to various birthdays, holidays, and moments worth commemorating for some of its game — keeping in line with other flourishes it features on the site, including the recent animated rose petal tribute to Betty White after she passed away just short of her 100th birthday. Examples include a Scoville Game for Wilbur Scoville’s birthday and a soccer game on August 10, 2012 — commemorating that day’s U.S. women’s national team triumph in the Olympics gold medal game against Japan.