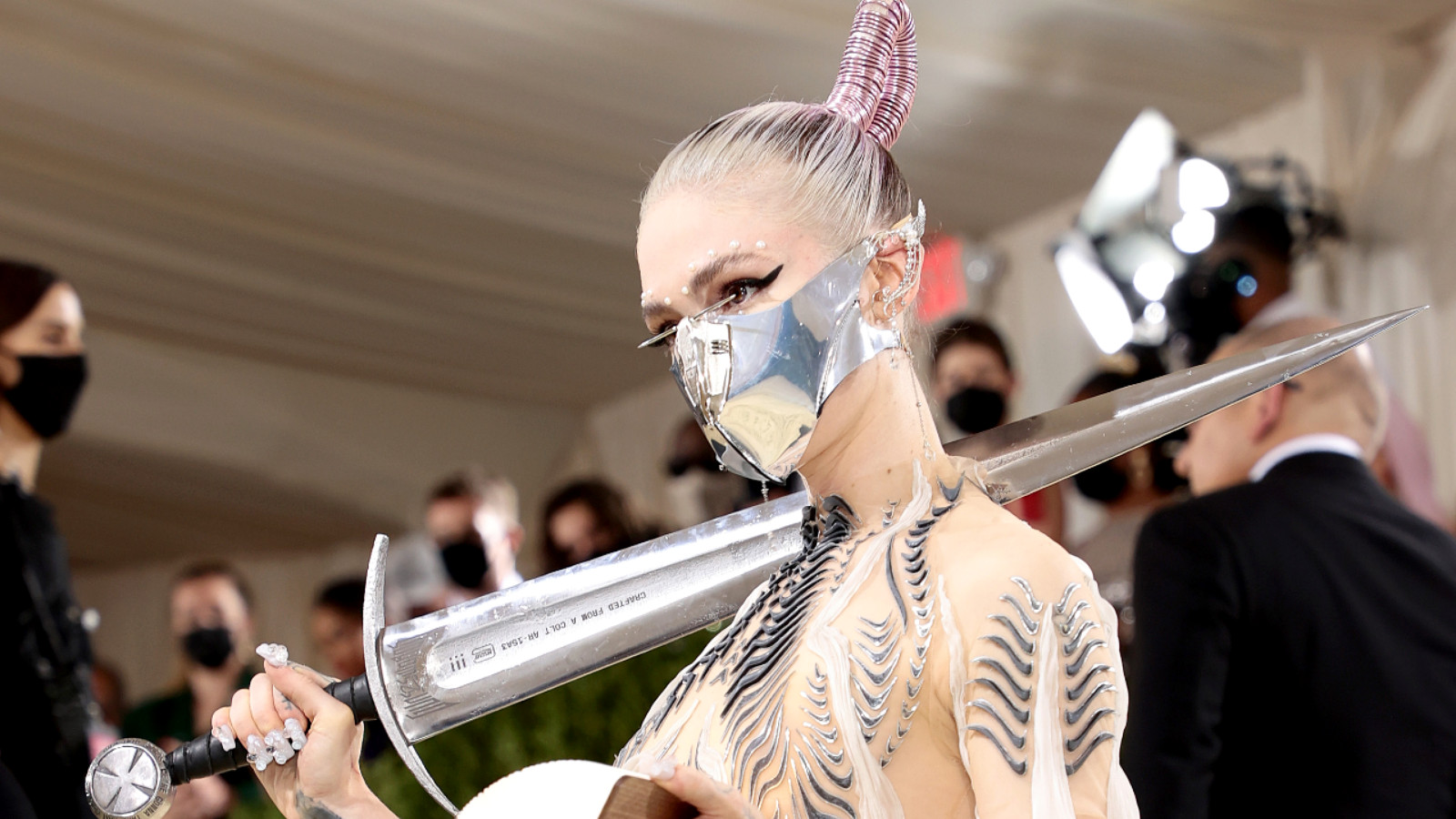 Vanity Fair profiled eccentric singer Grimes for the magazine’s April cover story, in a wide-ranging interview that included a murderer’s row of eyebrow-raising revelations — including that the 34-year-old, whose real name is Claire Elise Boucher, welcomed a secret daughter late last year with her sometimes-partner Elon Musk.

At one point, the interviewer casually mentions that while enrolled in college at McGill University in Montreal, Grimes and an old boyfriend “ran afoul of the police in Minnesota” when they attempted to sail a houseboat made of junk down the Mississippi River. The story was later corroborated by her brother when discussing “dumb Claire shit” she used to get into. (Though, he strangely admitted that the houseboat idea was “one of the first adult choices she made.”)

Interestingly enough, the houseboat was big enough news that in June 2009, when Grimes was just 21 years old and hadn’t even released her first album yet, the Minneapolis Star-Tribune covered the story.

Grimes and her then-boyfriend William Gratz, who were going by the names Zelda Xox and Veruschka — as one does when embarking on a trash houseboat adventure — reportedly packed some live chickens, a sewing machine, and 20 pounds of potatoes into the vessel they christened the “Velvet Glove Cast in Iron.”

Boucher, who’s from Vancouver, B.C., and Gratz, from Tennessee, met at school in Montreal. The idea for the river journey was hatched last fall. After months of Internet research, they made the 25-hour trip to Bemidji, Minnesota., where a friend allowed them to build the boat on his property. For more than a month, they toiled over the engineering of the 20-foot boat to make sure it floated. They installed accordion folding doors, glass windows, pink shutters, and painted murals in black, white, and red paint of fantastical creatures on the sides. Strangers gave them bikes, a mattress, and the sewing machine (powered by onboard batteries). They got a copy of Mark Twain’s The Adventures of Huckleberry Finn, which neither of them had read.

“I always wanted to live on a boat,” Boucher said. “We both wanted to go south and live on it when we got to New Orleans.”

The couple had planned to sail the boat down the Mississippi River from Minneapolis to New Orleans, but unfortunately, they only made it a few miles downstream before the engine crapped out on them. And for the following three weeks, Minneapolis authorities attempted to intervene, before they finally made it to a nearby island and got stuck.

At that point, the Velvet Glove Cast in Iron was towed off by another boat and was loaded onto a flatbed trailer, taken away, and impounded by the city. The chickens were likewise seized by animal control, and since they couldn’t be reclaimed without a Minneapolis address and permit, they were instead reportedly sent to a chicken farm.

“I love the idea of the Tom Sawyer adventure,” said Minneapolis park police officer Rob Mooney, who was the first officer to encounter the houseboat and spent weeks chasing the pair around. “The problem is it’s not 1883. You can’t do that anymore. You have to follow the rules.”

“I personally allowed them for a couple of weeks to try to solve the problem on their own,” Mooney added. “It was clear that they couldn’t get it done.”

In a fitting epilogue to the story, Grimes and Gratz took a city bus to the impound lot to retrieve their belongings from the boat, including a jar of wild rice in order to make dinner for strangers that took them in for a few nights while they planned to continue their journey south by bus.

It’s unclear if they ever made it to New Orleans that summer, but either way, it clearly made for one heck of a story.