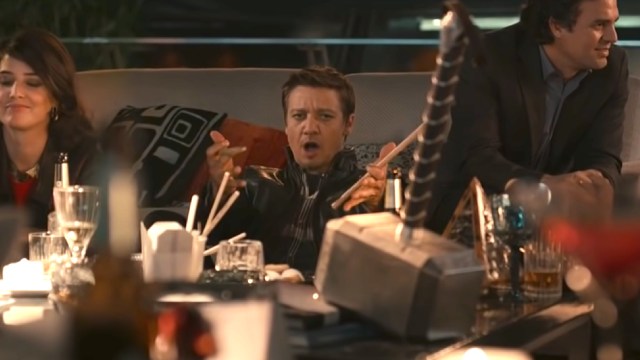 Avengers: Age of Ultron
Review of:

Both fans and critics widely consider Avengers: Age of Ultron to be the weakest of the four assemblies of Earth’s Mightiest Heroes, and it seems clear from watching the movie that Joss Whedon’s heart was no longer in it. Having acted as the steward of Phase Two, the filmmaker was creatively burnt out and found himself constantly being overruled by the studio. It also feels like an uninspired rehash of the team’s first outing, as an all-powerful villain travels across the globe with the intention of taking over the human race, before the Avengers make one final stand in a heavily-populated area against an army of faceless CGI creations.

Age of Ultron might not have lived up to the hype and expectation that surrounded it, but it still remains an integral part of the canon after introducing the likes of Scarlet Witch and Vision into the franchise. Not only that, but it features one of the best scenes in the MCU that doesn’t involve any superheroics at all, as the Avengers simply hang out after a party and shoot the breeze. As well as giving the chance for the interpersonal dynamics to shine when they’re not busy saving the world, fans instantly fell in love with the scene of the various members attempting to lift Thor’s hammer.

It might have eventually created a Captain America plot hole, but Hawkeye was reluctant to even attempt to prove if he’s worthy, dismissing the idea by saying he’s seen this trick before. Which he did, in Jeremy Renner’s often-forgotten cameo in Thor, where he watched the Odinson try and take back his trusty hammer from S.H.I.E.L.D., only to see him fail.

You see, Clint Barton knew full well that if even Thor himself was deemed unworthy for a period of time, then nobody else had a chance of being able to lift Mjolnir, which is why he wasn’t too keen on taking a stab at it. Even if he ultimately did in the end.