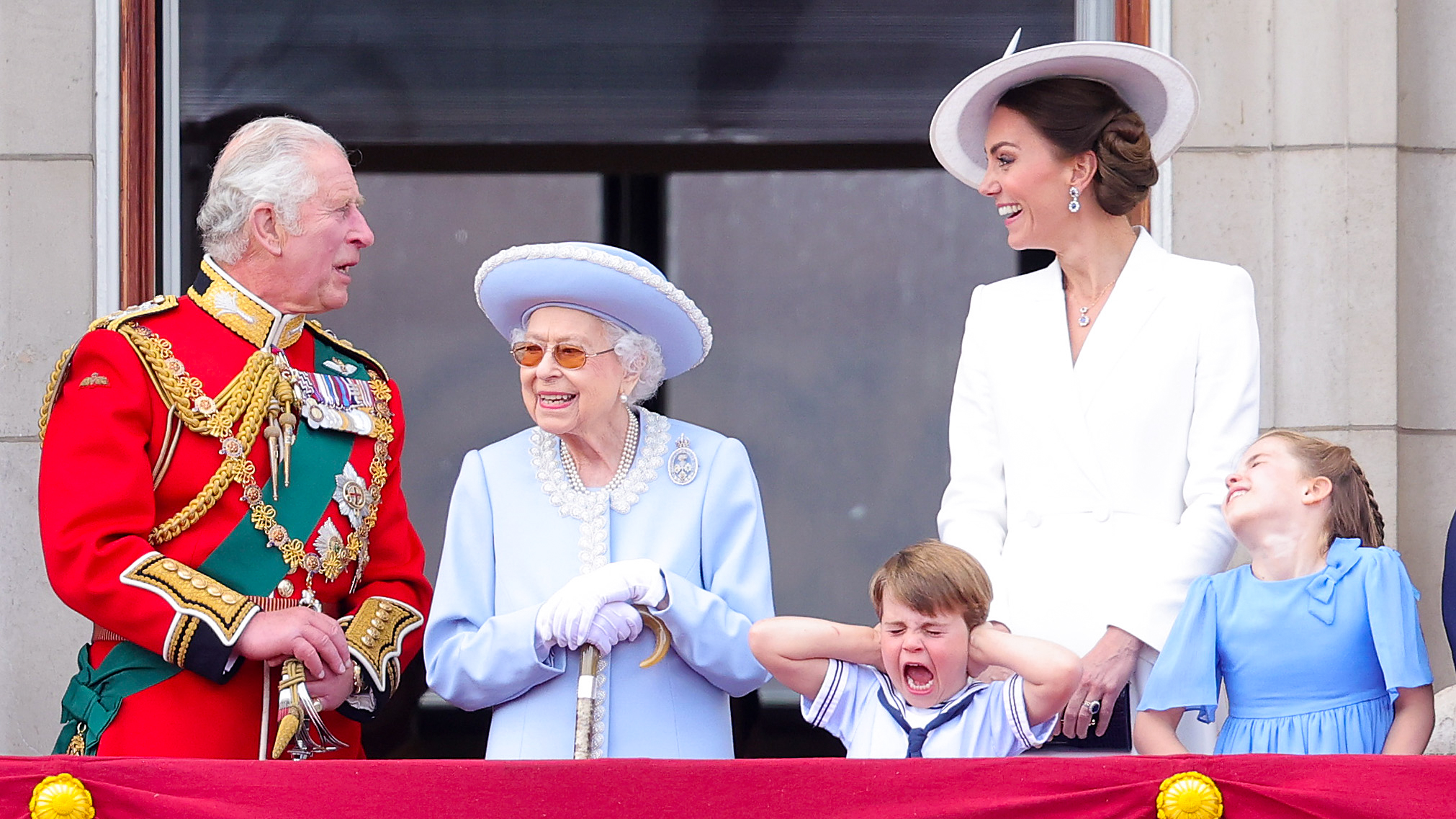 For most careers, after spending 70 years on the job one receives a gold watch, a handshake, and a request you have your things out of your desk by Monday so the 24 year-old intern can take it. But being Queen of England is a lifetime appointment, and so today Queen Elizabeth II celebrated her Platinum Jubilee, a time for the country to celebrate and take pride in 70 years of the same face staring back at them from their money.

Elizabeth survived the Nazi attacks of World War II and the Punk Rock attacks of the 1970s, sweeping worldwide pandemics of COVID-19 and Beatlemania, and one guy who broke into Buckingham Palace in 1982 and accidentally woke her up in bed. But she barely survived an attack of the Cutes, as her four year-old great grandson, Prince Louis of Cambridge, became an instant meme after a low-flying salute from the Royal Air Force was too noisy and he covered his ears to block the sound.

Something about this image struck a chord with people on Twitter. Probably because the entire world seems to be a constant onrush of static noise in the form of social media chatter, political division, and pop culture bloggers who have to be snarky about every damn little thing that crosses their “Assignment” queue. So Twitter folk instantly took to the idea of photoshopping the Little Prince into vaguely humorous graphics:

“Is four years old too young to become the butt of a joke by a worldwide network of bored temps?” is a question that never even struck the social media hivemend, surprisingly. Instead, it was easier to photoshop Louis into a movie poster:

And this guy just decided to bypass wit and skill and really strike at the heart of what he imagines would bother a bored four year-old forced to stand for hours at a noisy public event: the intricate issues of royal lineage and succession.

Twitter being Twitter, this person randomly attacked Queen Elizabeth’s outfit for being vaguely similar in color and style to a costume they found on Google:

Let’s cleanse the palate with a heartwarming picture of Louis talking to his delighted Great Gram: