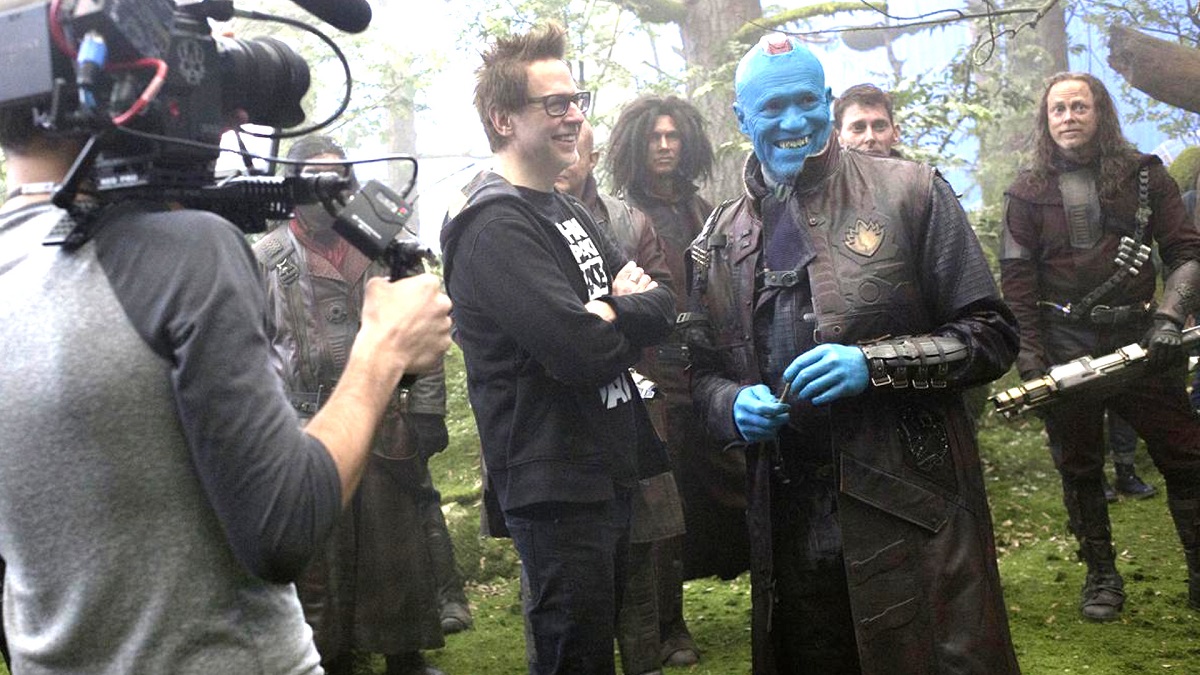 James Gunn is revealing some of the awesome gifts he’s received for wrapping the production of Marvel’s upcoming Guardians of the Galaxy Vol. 3, including new behind-the-scenes photos from his DC effort from last year, The Suicide Squad.

Gunn explained the photo album was gifted to him by Guardians of the Galaxy still photographer Jess Miglio, who like many members of the Marvel crew, also worked on The Suicide Squad.

Gunn also received a lovely button of the set dog River, who sat on Gunn’s lap “every day while [he] was filming,” gifted to him by producer Simon Hatt. Grip Kevin Gentry also gifted Gunn an impressive handmade knife. Star Chris Pratt gifted the director a “cool wooden tray,” and a costume designer gave him a Guardians whisky glass. He also received a portrait and a couple of books.

In one fairly deep cut of a reference, Gunn said he received a t-shirt of his “all-time favorite childhood cereal” Freakies, as well as a custom t-shirt from the grip department.

Gunn added he received even more gifts on top of that, but didn’t want to reveal them on Twitter just yet due to containing spoilers for the film or that he’s already packed away in anticipation of a coming move.

“Thanks to all the crew for their gifts but especially their work & dedication on #GotGVol3 – each one of them are present in the final film,” Gunn said.