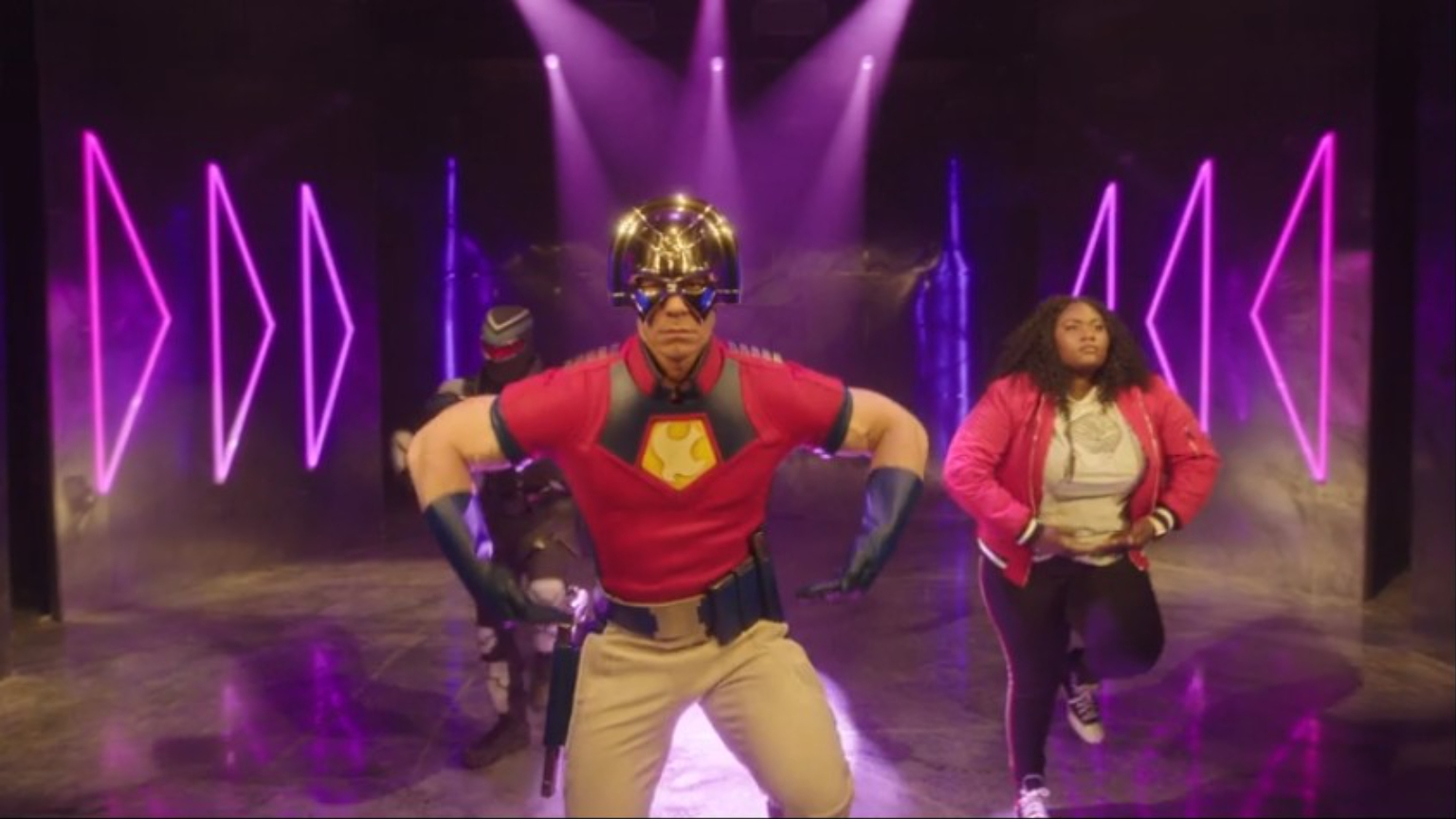 James Gunn is revealing the viral dance opening number for his DC show Peacemaker was influenced by one of his own films.

The revelation comes from Gunn’s Twitter account, where he responded to a fan who asked whether the choreography was perhaps influenced by the anime Death Parade, which originally came out in 2015.

Gunn revealed it wasn’t the anime that influenced the dance intro, but his own 2011 film starring Rainn Wilson, Super. The aforementioned indie comedy wasn’t a huge box office hit, though it has since garnered something of a cult following.

Gunn explained that in the movie, there is an animated dance number that very much resembles Peacemaker‘s live-action routine. The dance happens at about 01:46 into the video.

Indeed, many of the dance moves are quite similar to what the actors in Peacemaker would later do, such as the dancers stiffly swaying their arms in an angular pose.

It’s refreshing to hear Gunn has not strayed far from his independent film sensibilities. Super was only the second full-length feature film he directed, following 2006’s excellent body horror film Slither. Before that, he worked for the horror-schlock production company Troma, famed for their Toxic Avenger film series, and was mentored by co-founder Lloyd Kaufman.

After Super, a film about everyday people who choose to become masked vigilantes, in a premise that has been compared to Kickass, Gunn helmed the box office smash that helped breathe new life into the Marvel Cinematic Universe, 2014’s Guardians of the Galaxy.

Peacemaker has also been a huge hit for DC on HBO Max, despite spinning off from Gunn’s acclaimed film The Suicide Squad, which was surprisingly something of a box office flop.