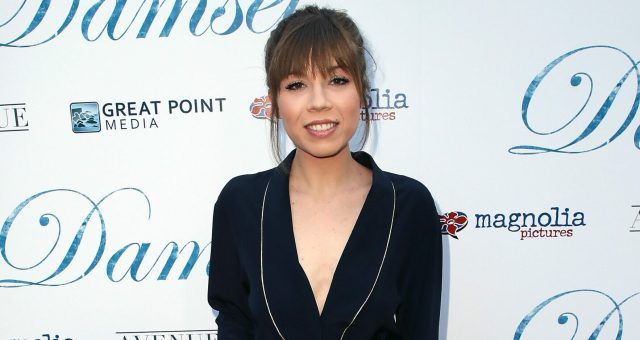 Jennette McCurdy is speaking her truth with the debut of her memoir, I’m Glad My Mom Died, and part of that truth is knowing that she’s more complex and layered than any one headline could accurately describe.

McCurdy joined George Stephanopoulos for a chat that highlights everything from the (not so) ironic title of the memoir, to the headlines that immediately took flight regarding her experience with Nickelodeon. McCurdy says she’s more layered than any one thing fans will uncover in her memoir, and hopes it’s a catalyst for challenging conversations.

Of course, I’m Glad My Mom Died is quite a title, but the story is a great deal more complicated than that, and it’s also got a layer of humor in the mix, as McCurdy described to Stephanopoulos.

McCurdy has spoken out about the abuse she suffered at the hands of her mother before, but the memoir is indeed a deeper look at the effect it had on her life, as well as the deeply rooted mixed emotions she harbors for her mom. Speaking to Vanity Fair, she again elaborated on the memoir’s title.

Difficult topics of conversation are another arena in which McCurdy is no stranger. Again in conversation with Stephanopoulos, she shared a similar sentiment after he commented on her sense of calm while talking about such complex things.

“I put all of myself into this book — 110 percent of myself, and I said a lot of things, a lot of uncomfortable truths that I think are difficult things to say. The more uncomfortable something was for me to put on the page, the more important it felt for me to put it on the page. That kind of honesty has been truly liberating for me and has led me to a life of fulfillment and authenticity that I hope for everybody. So I hope that people take away the honesty and are maybe inspired to share some of those uncomfortable truths about themselves.”

She also shared a smile when she heard that Miranda Cosgrove recently commented on her ability to make everyone laugh, and the unexpected way she carried her pain; McCurdy notes that she had to really “make contact” with her struggle to get to that point and to confront the most shameful pieces of her story. In the end, that allowed her to experience all of the ups and downs of her journey and arrive at a place where she could move forward.

Stephanopoulos did ask about the hush money McCurdy says she was offered from Nickelodeon to keep mum about what happened on the set of her show. She didn’t elaborate on that any further than to say that she hopes that people read her book for more than one headline, and that she took an extended amount of time and process to write I’m Glad My Mom Died. So for people curious about that particular piece of her story — well, they’ll just have to read it.