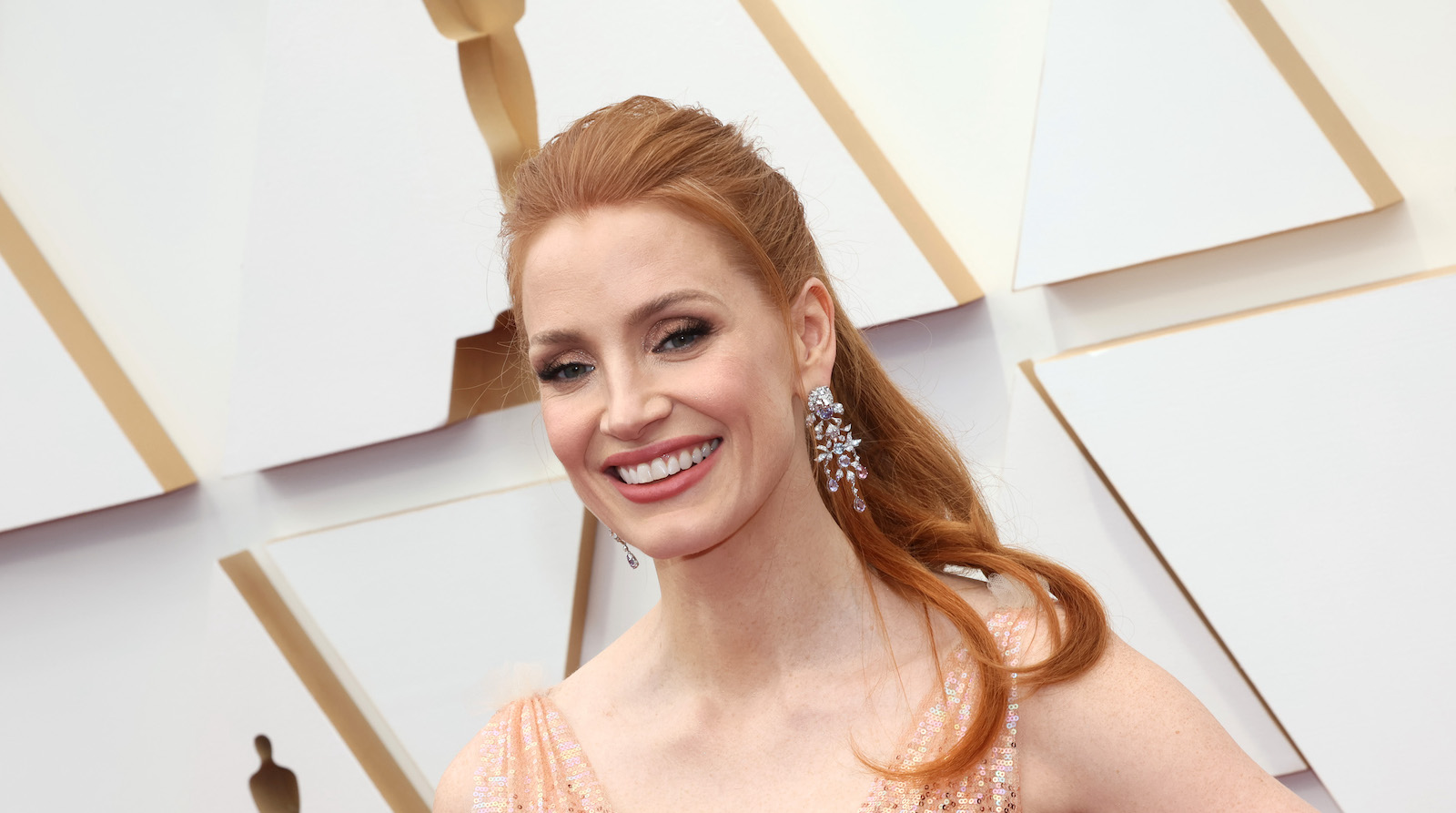 Sporting a lavender and coral dress designed by Gucci, The Eyes of Tammy Faye star took the attention on the Oscars red carpet. Chastain attended with her husband Gian Luca Passi de Preposulo, a fashion publicist previously working for Armani and Moncler.

Chastain had previously commented she would not be taking interviews on the red carpet, as she joins fellow industry members in protesting the Academy’s decision to not air all the award categories, such as Best Makeup and Hairstyling.

The 45-year-old actress is one of the front-runners for Best Actress this year, with her rivals Kristen Stewart (Spencer), Olivia Colman (The Lost Daughter), Nicole Kidman (Being the Ricardos), and Penélope Cruz (Parallel Mothers). Chastain has seen previous a Best Actress nomination for her performance in Zero Dark Thirty, as well as a Best Supporting Actress nomination for The Help.

Several Twitter users likened Chastain to a Disney Princess for her look at the ceremony, and it’s not far off.

Chastain’s stock may continue to rise regardless of the result at the Oscars, with her forthcoming appearance in The Good Nurse, a film about the tracking of serial killer Charles Cullen who killed over 300 people as a nurse. She stars alongside Academy Award winner Eddie Redmayne, with the film helmed by Oscar-nominated director Tobias Lindholm.

The Eyes of Tammy Faye is nominated for two awards at this years’ ceremony, with Chastain’s Best Actress nomination and one for Best Makeup and Hairstyling.