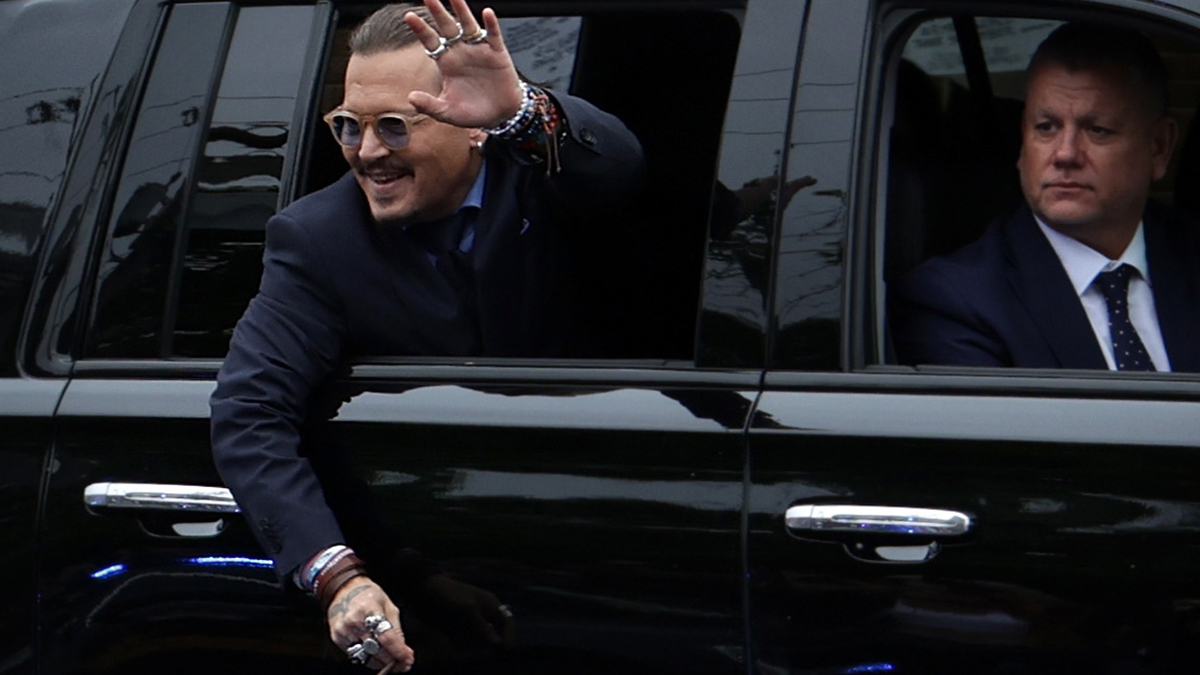 Shortly after his decisive trial win in a long legal defamation battle, Johnny Depp was spotted greeting fans and even joking about his severed finger, subject matter that was a surprisingly major focus of the trial.

That Depp had been seen signing a bunch of autographs in Newcastle, England Thursday night, just one day after the trial ended, arguably speaks to the fact that the publicly-broadcast courtroom drama doubled as his attempt to rehabilitate his image in the public eye — and that in some ways, perhaps, it succeeded.

We’re not sure if the native Kentuckian’s tongue was perhaps influenced by his friendships with U.K. rock legends like Keith Richards and Paul McCartney over the years, but he sounded as though he has a British accent even more than usual while comparing his number of fingers with that of one young fan, a TMZ video showed.

“You have five, I have four and seven-eights. Mad,” Depp could be heard saying in the clip, while pointing to the person’s hand.

The question is still up in the air as to who is responsible for lobbing off the tip of his finger — which had been largely re-attached, though it seems a portion may still be gone for good, based on his jest. In the trial in the U.S. that wrapped up this week, Depp testified it was his ex-wife, Amber Heard, who allegedly threw a vodka bottle at his hand, which shattered, and caused the injury to occur.

However, Heard testified she believed Depp caused the injury to himself due to his self-destructive alleged behavior fueled by drugs and alcohol. Though a text message and audiotape surfaced during the trial that seemed to show Depp admitting to chopping off his own digit, he also testified that he lied to doctors about what really happened at the time so as to not get Heard in trouble, back when they were still married. This all went down in Australia while Depp was filming Pirates of the Caribbean 6.

Even though we don’t have concrete evidence in either direction as to who is truly responsible for the injury, as much of the testimony in the trial relied on one person’s word against the other’s, the jury ultimately sided with Depp, for the most part, in terms of the central claim that Heard defamed him — which admittedly has little to do directly with the fingertip in question.

However, the jury also gave Heard one award amongst her many defamation counter-suit claims, which was a much smaller win monetarily and rhetorically in comparison. The jury ruled Depp’s lawyer, Adam Waldman, defamed Heard in the press by claiming she staged a hoax.

Amidst a string of guest musician appearances at a series of Jeff Beck concerts in the U.K., Depp was not physically present in the Fairfax,Virginia courtroom when the verdict was ultimately read on Wednesday, but Heard did show up in person.

The end result of the lawsuit was that the jury ruled in favor of all of Depp’s questions in his lawsuit revolving around whether Heard defamed him in the press by leveling false domestic abuse allegations his way, but only one of several of Heard’s questions in her counter-suit was awarded to her. While Depp had been awarded $10.4 million for his defamation lawsuit, Heard’s counter-defamation award was just $2 million.