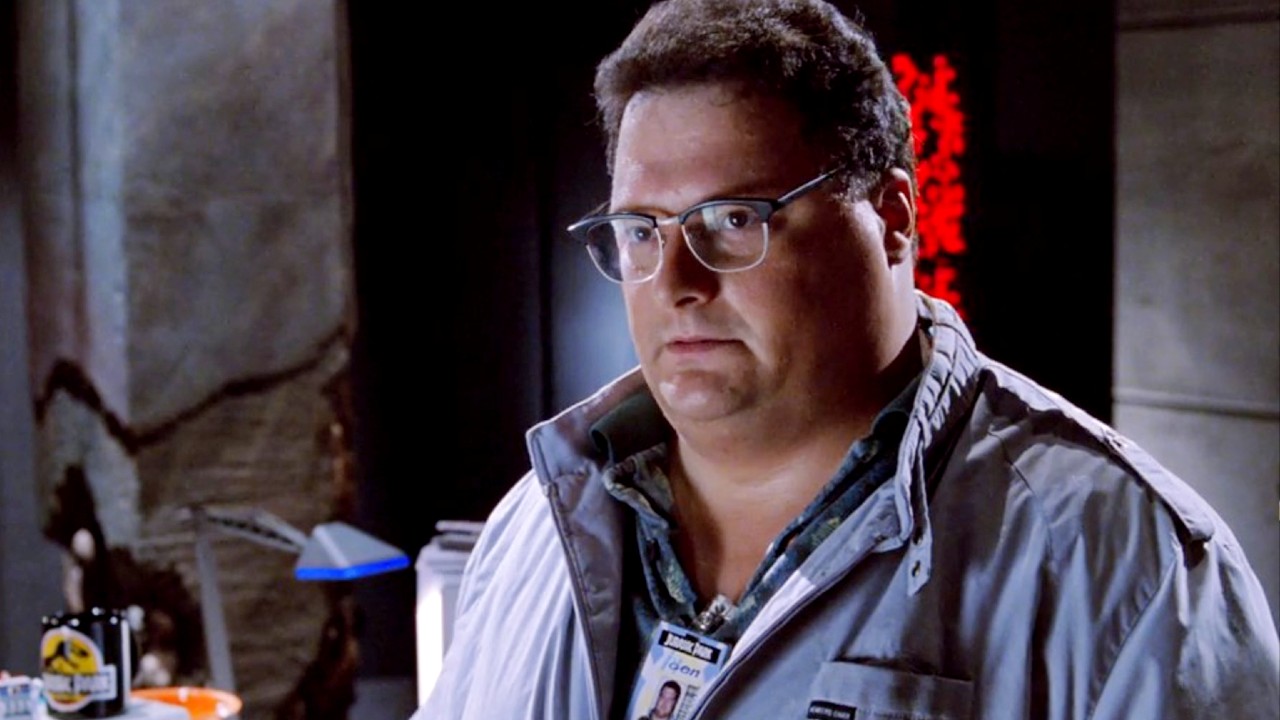 A hidden Easter Egg from the original 1993 film Jurassic Park was spotted by fans in a tie-in website for the sixth installment in the franchise, Jurassic World Dominion.

Dinotracker is a website that features what is purported to be user-submitted found footage of dinosaurs roaming among us. Many fans of the franchise were already having a lot of fun with the premise by submitting their own “sightings.”

However, a couple of tech-savy users on Twitter were able to spot a neat throwback to the Steven Speilberg original, hidden within the code of the website.

The code in question is a portrait of Wayne Knight’s Dennis Nedry, the computer programmer and main antagonist of the film who is responsible for shutting down the park’s security system. When Nedry makes the park go dark, in order to smuggle a dinosaur embryo to sell to a competing genetics company, he blocks access to his computer in the process.

Despite the best efforts of Samuel L. Jackson’s Ray Arnold to override the command, a memorable video loop plays on Nedry’s computer in response to the attempted override. It features Nedry in GIF form wagging a finger and repeating over and over again, “Ah, ah, ah; You didn’t say the magic word.”

As you may already know, Nedry’s fate turns out to be a dark one as he is eventually eaten by a Dilophosaurus while trying to escape Isla Nublar with the embryo.

It turns out the character’s legacy does live on, despite his death. When you look at the back-end coding of the Dinotracker website, the Nedry GIF is recreated in delightful detail, using text, which multiple Twitter users were able to confirm.

“Slow clap for you, web developer guy,” one fan wrote.

The hidden code isn’t some kind of hoax, either. Using a Google Chrome browser, we were able to confirm that when you push F12 while on the website, under “Elements,” Nedry’s likeness does indeed appear in all his HTML glory.