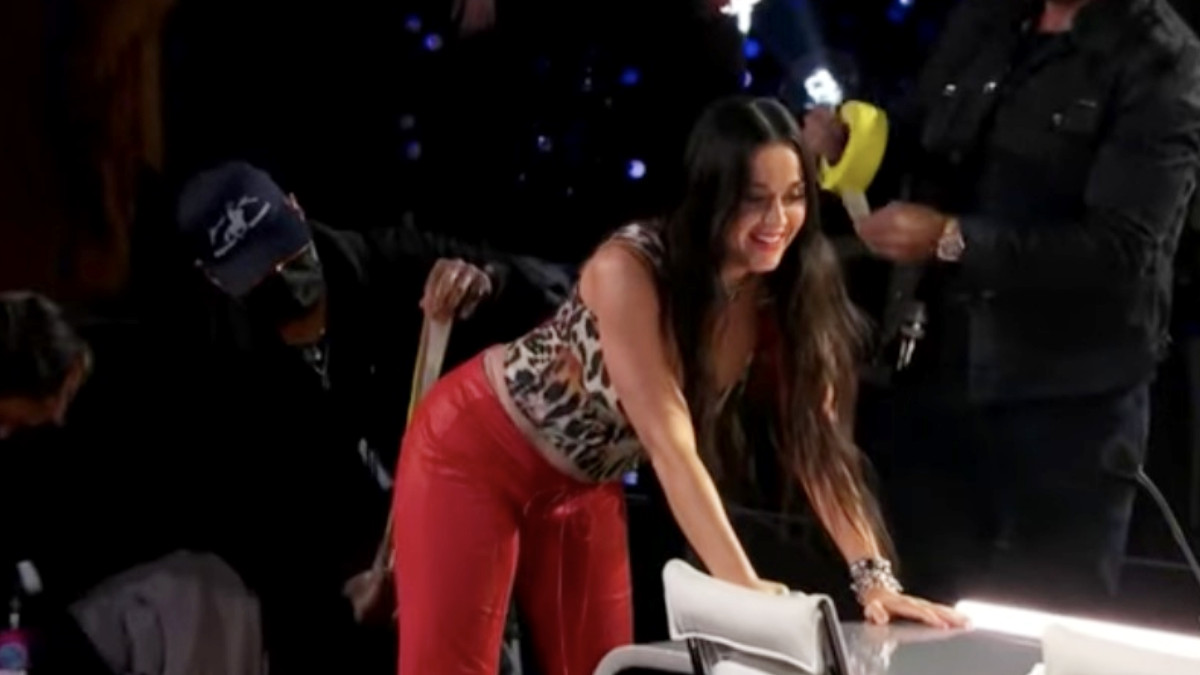 Monday night’s American Idol kicked off the reality show’s official Hollywood Week, with more than 100 contestants heading to Tinseltown to sing before judges, including Katy Perry, who suffered an unfortunate wardrobe malfunction.

But as they say in show business, the show must go on, and as such it did — with a little help from some gaffer tape.

The panel of judges featuring Perry, Lionel Richie, and Luke Bryan were joined by former Idol alums Chayce Beckham, Lauren Alaina, Ruben Studdard, Lee DeWyze, Haley Reinhart, David Cook, and Jordin Sparks to help mentor contestants for the Genre Challenge. According to TooFab, the embarrassing moment occurred during a “tension-breaking interlude” in which Bryan goaded Perry into a spontaneous performance of her 2010 hit “Teenage Dream.”

As the 37-year-old sang the lyric about “skintight jeans,” she kneeled down in her own tight red pants, which — especially if the pregnancy rumors are true — did not hold up to the move.

“That was a first, ladies and gentlemen,” quipped Richie into the microphone, as Perry asked the crew for some gaffer tape. “The concert is officially over. All video will be collected.”

With some help from Bryan, Perry was soon taped up with a bright yellow “T” shape on the back of her pants. And these are still the prerecorded episodes! It’s anyone’s best guess what shenanigans will go down once the show goes live in a few weeks.