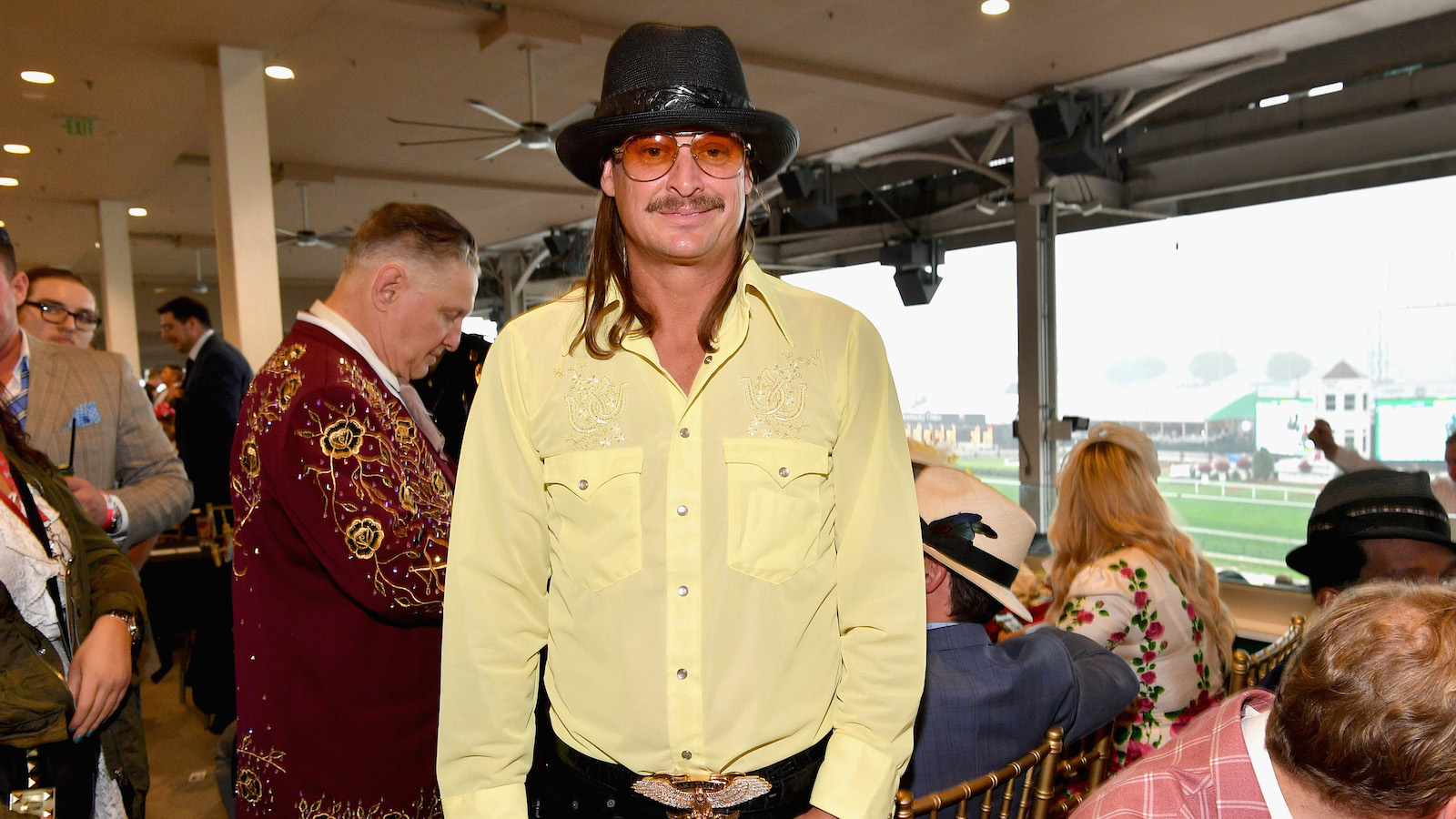 Fans hoping to catch Kid Rock‘s new tour may find their opportunities to see him limited this spring. The Romeo, Michigan rock-rap star has announced that he will not be taking his Bad Reputation tour to any venue that has COVID-19 safety protocols in place. Rock made the announcement in a video posted to his Facebook page today shortly before tickets went on sale.

“You’re going to be getting your money back because I won’t be showing up, either,” the singer said in the video. “If you think I’m going to sit out there and say don’t tell me how to live, ‘We The People,’ while people are holding up their f-ing vaccine cards and wearing masks, that s— ain’t happening.”

Bad Reputation will travel – at least at this point -to 24 cities, from its starting date on April 6 in Evansville, Indiana, to its end date of Sept. 17 at the Pine Knob Music Theatre in Clarkston, MI. Unless of course any of the venues institute any procedures demanding that attendees mask up or carry proof of vaccination with them. Fans in Buffalo, NY, or Toronto will just have to travel to other markets if they want to hear the 90’s rap/country/metal artist perform Matt Gaetz’s new favorite song. Kid has eschewed venues there due to their health demands.

“I don’t want to deal with that s— either and I know you don’t,” said Rock aka Robert James Ritchie.

Although the CDC estimates that the Omicron variant wave of COVID has crested in most of the country, 2,200 people have died in the United States each of the last seven days from COVID-19. The CDC is still recommending that people remain home when they can and getting the vaccine if they are able in order to prevent or mitigate the viruses’ effects. Mask wearing, specifically wearing the N95 and KN95 mask while indoors is also recommended to help fight the spread of the highly contagious variant.

Despite the apparent risks, Ritchie is stating that this tour may be fans’ last chance to see him. “I’m not trying to sell tickets, oh this is the last tour, you better come out and see me, but it very well could be for the unforeseen future,” Rock stated in yet another Facebook video. “I really don’t know for the unforeseen future if we’ll do a big tour again.”

The Bad Reputation tour will support Rock’s latest three singles, all released this week. The singer hopes to release all three on a planned LP called Bad Reputation – which will no doubt thrill Joan Jett and the Blackhearts. The singer’s recent single “We The People,” a screed against President Joe Biden, immunologist Dr. Anthony Fauci, and others became the number one downloaded song on the iTunes platform after its release this week.

Ritchie recently tweeted that the song was received well by one member of its target demographic.