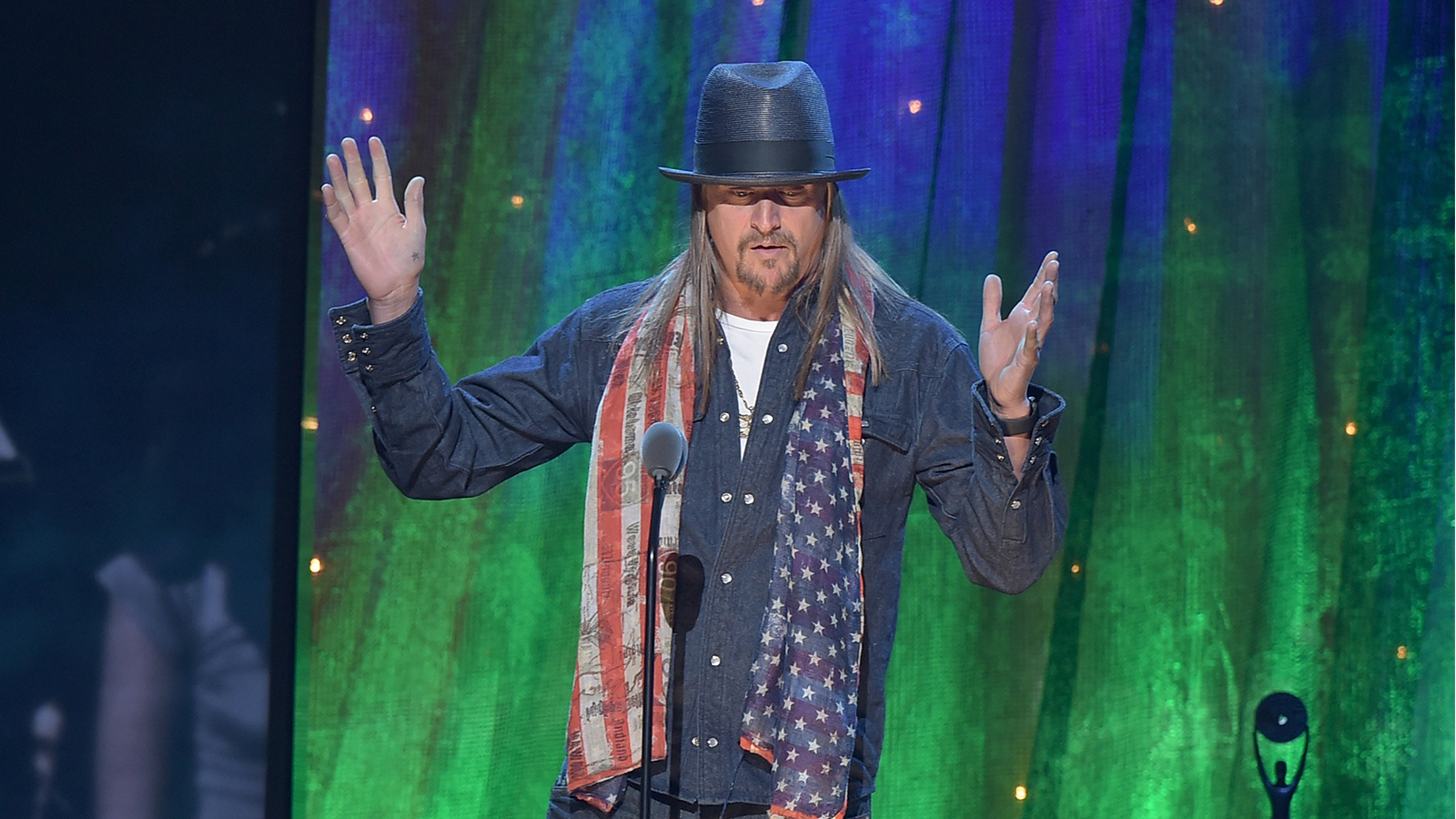 Kid Rock is taking aim at President Joe Biden and Dr. Anthony Fauci in an explicit new song called “We The People,” which the 51-year-old singer released on YouTube Monday.

The lyrics are, uh, shall we say, not subtle.

“We the people in all we do, reserve the right to scream ‘fuck you,'” belts out Kid Rock, who was born Robert James Ritchie, in the opening seconds of the song.

“Wear your mask, take your pills, now a whole generation is mentally ill — man, fuck Fauci,” he continues, ostensibly blasting the leading immunologist’s COVID-19 mitigation policies, which, for the record, do not involve ingesting pills of any kind. Unless, of course, he’s getting mixed up with ivermectin — which Fauci would absolutely not recommend that even someone as Darwinally-challenged as Kid Rock take.

“But COVID’s near, it’s coming to town, we gotta act quick, shut our borders down,” the song continues. “Joe Biden does, the media embraces, Big Don does it, and they call him racist.”

But while those explicit yet childish lyrics are impressive enough in their own right, the chorus is truly the pièce de résistance of the catchy tune.

“We the people (ooh, let’s go, Brandon),” Kid Rock repeats three times before adding, “Fuck Facebook, fuck Twitter too. And the mainstream media, fuck you too, too, too,” for good measure.

For the uninitiated, “Let’s go Brandon” became a lunatic rallying cry for conservatives, which is a thinly-veiled code meaning “Fuck Joe Biden.” The phrase originated during an Oct. 2, 2021, NASCAR race, when the crowd began chanting “Fuck Joe Biden” while 28-year-old driver Brandon Brown was being interviewed after winning his first Xfinity Series.

Misinterpreting the crowd, the NBC Sports reporter suggested on air that the crowd was chanting, “Let’s go, Brandon,” which is why the phrase now appears on everything from bumper stickers and trucker caps to out of the mouths of Republican congressmen.

It seems odd that Kid Rock would self-censor himself in a song otherwise filled with F-bombs, but perhaps we just don’t understand his art.

The last time Kid Rock put out new music was back in November, with the similarly-themed track, “Don’t Tell Me How To Live,” which was widely ridiculed on social media — even to the point that “Weird Al” Yankovic got in on the fun.

But at least Kid Rock has a fan in Florida congressman Matt Gaetz, who tweeted his delight with an Apple Music screenshot on Tuesday. “Great American Kid Rock topping the charts so strong,” Gaetz wrote. “He’s probably running for Senator or Governor or maybe POTUS!”