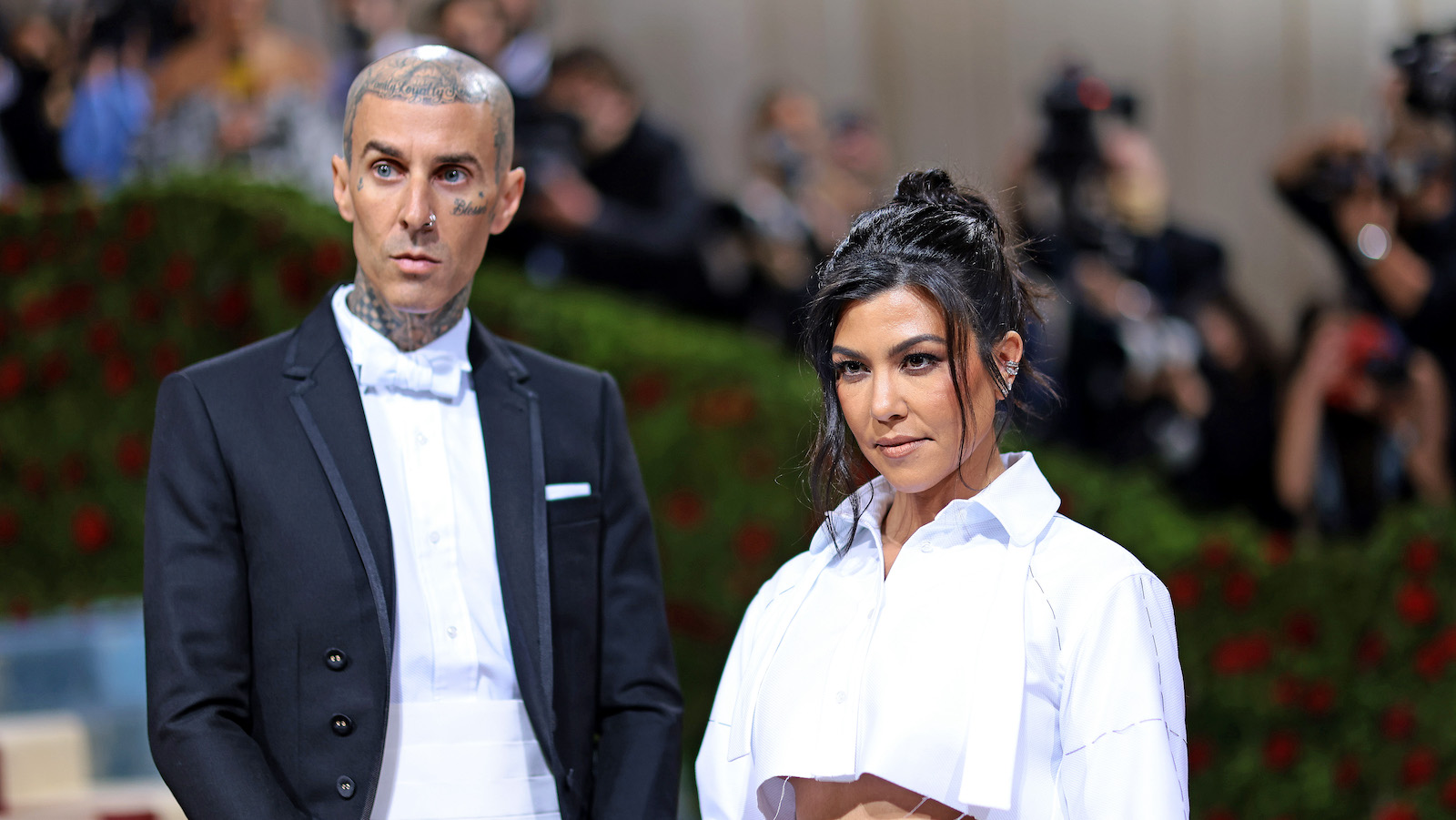 After a few false starts and one Vegas red herring, it-couple and serial PDA offenders, Kourtney Kardashian and Travis Barker, have reportedly officially tied the knot.

TMZ reports that the eldest Kardashian sister and blink-182 drummer got married on May 15 in Santa Barbara, donning traditional bride and groom wear on the steps of a downtown courthouse. That’s romance, baby!

People further confirmed the news and revealed via a source close to the couple that this isn’t the official ceremony as the duo getting legally married is in preparation for their “big” wedding in Italy in the near future.

“They had to legally get married first ahead of their big Italian wedding, which is happening very soon. All the details are set and the whole family, including all the kids, are very excited,” the outlet reported.

E! News has also reported that Kourtney’s grandma, Mary Jo “MJ” Campbell, also attended the ceremony. The bride was wearing a white minidress, complete with the traditional veil. After saying their vows, the couple drove off in a convertible with the sign “Just Married” over the bonnet. Another source, touted to be a close friend of the reality TV star, revealed to the publication that “Kourtney is over the moon and so excited to start this next chapter with Travis. They were excited about this day and madly in love.”