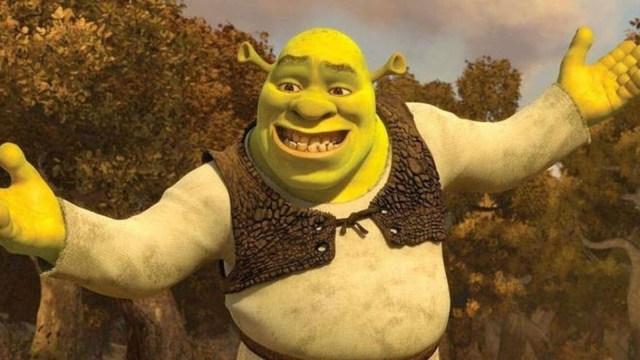 As soon as DreamWorks announced Kung Fu Panda 4, fans on Twitter started demanding they make a sequel to another beloved franchise, Shrek.

DreamWorks Animation recently announced Kung Fu Panda 4 seemingly out of nowhere, even though a series, Kung Fu Panda: The Dragon Knight was recently released on Netflix. The last film, Kung Fu Panda 3, was released back in 2016. The film will most likely see Jack Black return to the role of the Dragon Warrior Po, as he recently reprised his role in the series. However, whether or not any of the characters from the series or Kung Fu Panda 3 will return has yet to be announced.

As for Shrek, the last mainline Shrek film was Shrek Forever After, which was released 12 years ago in 2010. Sure, DreamWorks have released Puss in Boots since, with a sequel Puss in Boots: The Last Wish set to release this December, but it’s not the same as another film in the Mike Myers-led franchise.

One Twitter user, aptly named Shrek, simply quote-tweeted the announcement with, “ok, but where is Shrek 5?”

Another fan felt betrayed that Shrek 5 was trending on Twitter without an announcement of a new film, “When Shrek 5 is trending but not because it’s been announced.”

One fan on Twitter thinks that Puss in Boots: The Last Wish is probably the prototype for a new Shrek film and if that performs well at the box office, we might get a Shrek 5. Twitter user Nicolas Baron said, “I wouldn’t be surprised if DreamWorks drops another surprise announcement at the beginning of next year where they set a release date for Shrek 5 if Puss in Boots: The Last Wish is a box office success this December.”

Are all hopes dashed for a Shrek 5? No, not necessarily. Shrek 5 was confirmed a few years ago with the film seemingly moving from DreamWorks Animation to being made by Illumination, the company behind the Despicable Me franchise. We speculated that the COVID-19 pandemic may have halted or slowed the development of Shrek 5, seeing as it is a billion-dollar franchise, leading credence to the idea that Puss in Boots: The Last Wish might be a test.

Even if Shrek 5 is not in active development, one thing is abundantly clear: fans think that it should be.

You can watch Kung Fu Panda: The Dragon Knight on Netflix while you wait for Kung Fu Panda 4, which is scheduled to release on March 8, 2024.