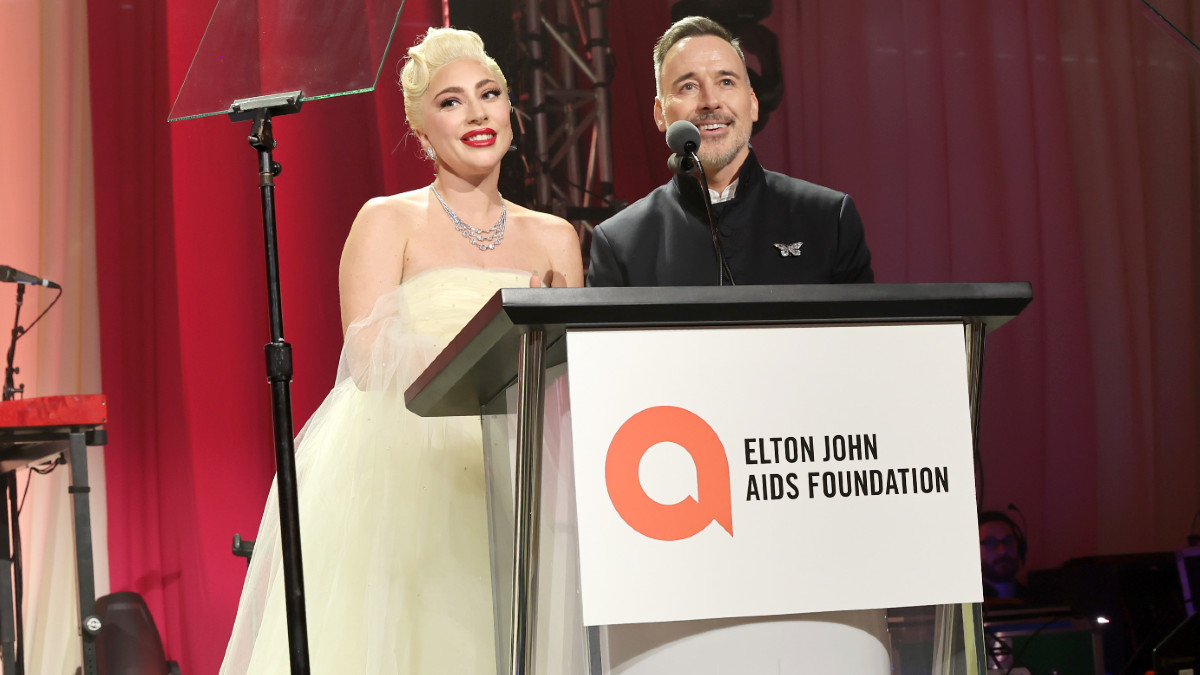 Lady Gaga attended the Elton John AIDS Foundation’s 30th annual Academy Awards viewing party on Sunday night before turning up at the ceremony itself to present the Best Picture award with the legendary Liza Minnelli. But what’s gotten people talking is an awkward run-in Gaga had with Caitlyn Jenner on the red carpet.

The moment just so happened to have been caught by BBC correspondent Bahman Kalbasi, who filmed Jenner approaching Gaga to ask the singer if she was spending time around Malibu anymore. When Gaga replied that yes, she was, Jenner remarked that she hadn’t seen her at Starbucks in a while. “I’ve switched baristas,” Gaga said politely, with what some have surmised as a look of disgust.

If Gaga was indeed disgusted, it’s not difficult to understand why. As an openly bisexual woman herself, the 36-year-old has always been an outspoken ally of the LGTBQ+ community. In fact, the singer collaborated with Starbucks to create a collection of drinks supporting her Born This Way foundation.

Jenner, on the other hand, enjoys the privilege that comes with being a wealthy and high-profile trans woman while supporting the Republican party that is actively attempting to dismantle trans rights.

More recently, Jenner, who is currently running for governor of California, went on record as being decidedly on the wrong side of the debate about trans athletes in women’s sports.

So, in other words, it seems unlikely that Lady Gaga was interested in making small talk with Caitlyn Jenner on the red carpet. “Not Caitlin Jenner telling Gaga ‘I haven’t seen you at the Starbucks in a while’ PLS,” user Joey Monda wrote, tweeting Kalbasi’s video, which quickly went viral.

Author Preeti Chhibber quipped that the encounter was an incredible way to say, “we are not friends goodbye.”

Another user screengrabbed the exact moment Gaga seems to give Jenner the perfect amount of side-eye.

Others even speculated that the “Born This Way” singer intentionally switched baristas to avoid running into Jenner.

And naturally, there were also plenty of GIFs and memes to that effect.

People are already referring to the perfect, viral moment as the new Mariah Carey “I don’t know her” meme, and we don’t say that lightly. If anyone has the boldness to eclipse our queen, you can’t find anyone more perfect than Gaga.

Anyway, Gaga can be her own barista.