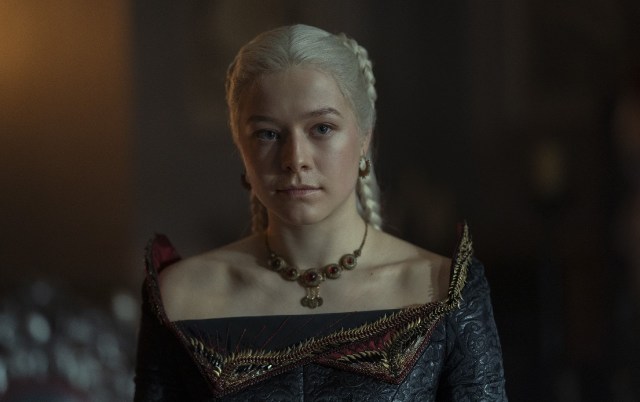 The Rings of Power concluded its first season this Friday, but House of the Dragon still has at least one week to reign supreme over the television charts. Even when the Prime show was giving it a fight, though, the Game of Thrones prequel series racked up more viewing numbers by far, and the remaining two episodes, one premiering tonight, will certainly tip the balance in HBO’s favor.

As the fandom prepares to get into the penultimate outing, and the aftermath of Viserys’ death, they are reflecting on the legacy of Jaehaerys the Wise — the greatest Westerosi king of all time — and somberly musing what all of his efforts amounted to in the end.

It’s not as if we fans sit down to objectively judge every character and storyline from our favorite stories, but when it comes to the morally ambiguous world of Westeros, these double standards become too jarring to disregard simply. Recently, the House community shone a spotlight on the fact that we cheered Vaemond’s death but grieved over Ned Stark’s even though both characters did pretty much the same thing. Of course, there’s a case to be made for the latter and the fact that he didn’t call Cersei a “whore” in front of the entire court, but it seems that the fandom is adamant about calling out these discrepancies whenever they see them.

Based on the latest data published by Nielsen, House of the Dragon has been watched 1.17 billion minutes — streaming and cable — against The Rings of Power‘s 988 million, which only airs on Prime Video. Apparently, a third of both shows’ audiences watch the other series. Perhaps most importantly of all, though, is the fact that 68 percent of the audience for House is in the 18-49 age group, while more than 70 percent of the people who watch The Rings of Power are over 35, with the Middle-earth adaptation failing to rope in younger generations of viewers like its rival on HBO.

King Jaehaerys the Conciliator was the longest reigning Targaryen in history, and probably the best king that Westeros has ever seen. Under his rule, the realm flourished as it had never before, and the house of Fire and Blood strengthened its foothold over the Seven Kingdoms in a way that indulged no doubt as to their supremacy.

His was the golden age that Westeros never saw again, and probably never will. But it’s strange to think despite all of Jaehaerys’ wisdom and diligence, those who came after him undermined all of his hard work and brought the realm to ruination once again, which begs the question: What is anyone man’s legacy in the great tapestry of history?

Perhaps this is the question that we’ll be long pondering when House of the Dragon has concluded its run and depicted the disastrous Dance of Dragons civil war in earnest.