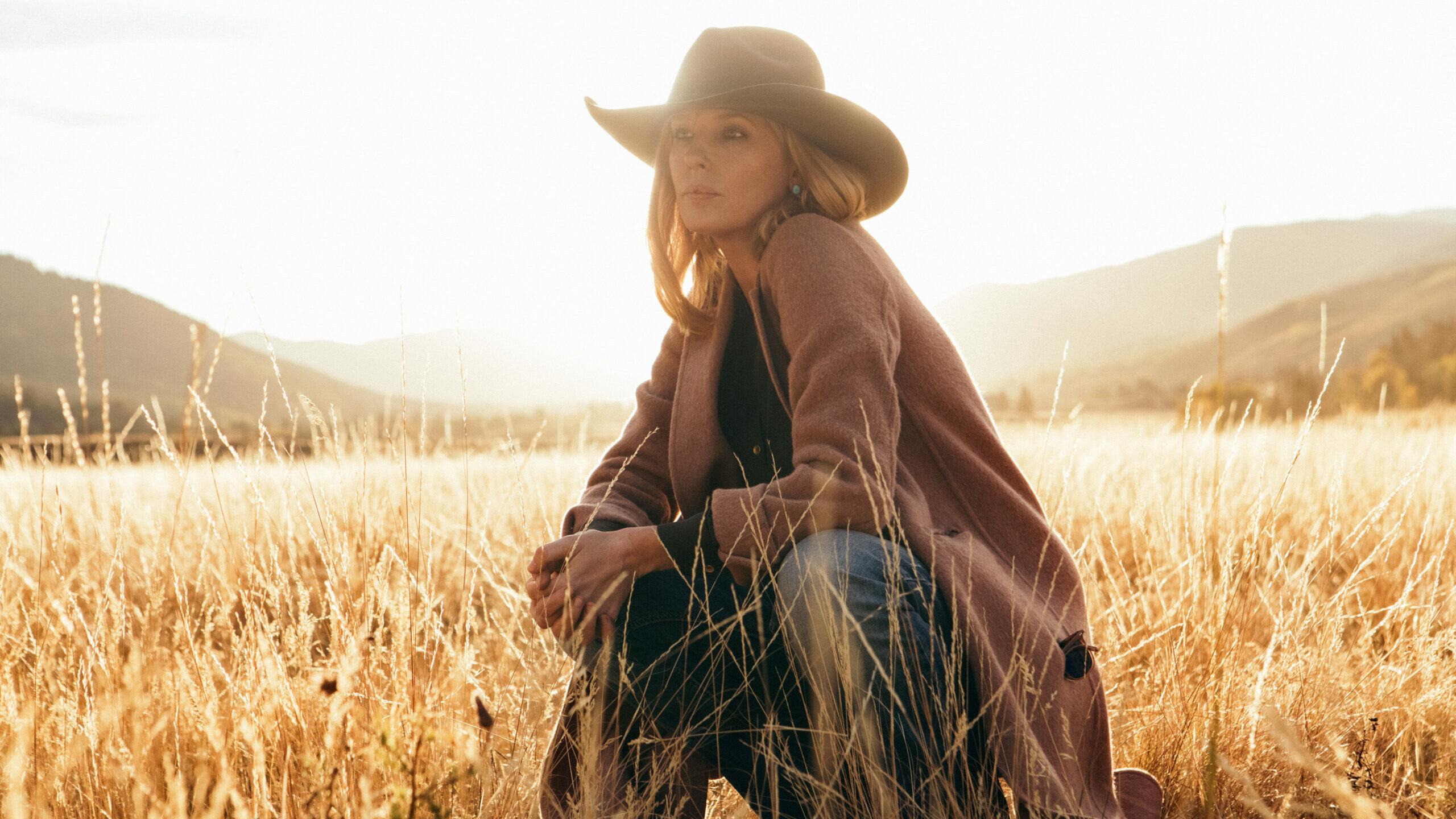 It’s finally Friday, Yellowstone lovers, and we’ve got some exciting news for you today coming out of Taylor Sheridan’s universe. As we’ve said before: it’s a Dutton world, and we’re just living in it. While we continue to (not so) patiently wait for the big debut of season 5 of everyone’s favorite series, we’re getting more insight into what we should expect this November. In today’s round-up, we’re filling you in on the bittersweet Instagram post from Kelly Reilly and a bit of insight into Lainey Wilson’s character, who’ll be crooning her songs and melting hearts when she steps onto the ranch later this year.

So take your work week blues and shake them off because we’re heading to the ranch.

Kelly Reilly says goodbye to the Yellowstone — for now

Kelly Reilly, who breathes life into the ever-firey and always complex Beth Dutton, is bidding a fond farewell to Montana, at least for now. In a beautiful snapshot of the woods near the Yellowstone Dutton Ranch, Reilly shared a sweet goodbye alongside a picture guaranteed to steal your breath.

The contrast of the trees and grass with the stunning colors of the deer staring back at her is the kind of image you frame and put on a wall. The moment is glorious to see on Instagram, and we can’t imagine what it was like in person.

“Beautiful goodbye in the forest on my last day in Montana this year, see you later friends x”

Reilly says it’s a goodbye for this year and promises to see everyone again later, so fans are relieved that it’s not a lengthy goodbye. However, with the multifaceted storyline that Yellowstone is telling, we all know that no one is safe. From the mouths of Taylor Sheridan to Reilly herself, fans are aware that this season is setting out, above the rest, to shock and surprise fans.

Beth has survived explosions, near-death assaults, and a heartache that is unbearable to most, so we anticipate her ride on the Yellowstone will be a long one. After a busy and exciting season, we’re glad she’s taking time for a break.

Here’s to our Beth Dutton, and may we all channel her this weekend!

Lainey Wilson reveals more about her role on the series

Lainey Wilson is one of the new additions to Yellowstone, who will be making her grand entrance during the fifth season. Her character, Abby, is a musician and has revealed that she feels fortunate to bring her to life. So what’s so special about the character? Well, Wilson says she’s basically playing herself and, on top of that, getting to sing her own songs. She’s stepping into a world she’s been a longtime fan of and doing it in her way; that’s got to be one hell of an experience.

Speaking to Storme Warren on Sirius XM’s The Highway, Wilson explained more about getting the role of Abby and making it to the ranch.

“Taylor Sheridan called me in February; I’ve known him for three or four years, he called and just said, ‘I want to create a character specifically for you.’ He said, ‘I don’t want you to change anything I just want you to pretty much get up there, wear what you wear, and sing your songs, and be you,’ and I was like, ‘I can do that. Yeah.’”

Wilson adding her flair to Yellowstone will enhance the series, and fans of the country music singer can’t wait to see what storyline she will bring to the table. She says it’s the “perfect role” for herself starting out and that it’s going to be awesome.

Of course, Wilson was asked if she takes anyone to the train station, if she kills anyone, or if she kisses anyone; while she gave a “not yet” to the first questions, the idea of romance might not be off the table just yet.

“I don’t kiss a tell,” Wilson said with a sly tone to her voice. Who might be a suitor for Wilson’s Abby? Only time will tell.

Fans are anxious to find out more about the upcoming prequel to Yellowstone, 1923, and with exciting cast announcements happening in the last week — it’s bound to be incredible.

Sebastian Roché was one of the most recent announcements to be added to the cast, and he’s ready to ride into the Yellowstone. In a post to Instagram, Roché notes that cowboy camp is happening now.

Cowboy camp isn’t anything new to those in the Yellowstone universe. It’s the experience for newcomers to learn the ropes from experienced ranch hands and cowboys. The images Roché shared are stunning, showing the beautiful Montana countryside among what he calls “great company.”

Luke Grimes spoke about cowboy camp in an interview with THR and describes it as follows:

“Yeah, I think it’s been every season. There might have been one where we didn’t, but we did it last year and we’re doing it again this year. It’s sort of evolved over the years. The first one was a mule packing trip with some of the actors going miles into the backcountry. I don’t think we could do that every time just because it proved to be such a challenge to even organize that and make sure we all made it back safe, being the city slickers that we all were at the time. And this year, I think we’re going down to Texas to Taylor’s ranch to do something. But like I said, it’s been different every year, so I don’t know what to expect other than that it’s just so great to get back in the saddle, to use a bad pun, with all of the other actors and the wranglers and get everybody on the same page. It gets everything working like a well-oiled machine, I guess.”

For as much as it’s meant to be a teaching moment, it’s clear that it’s as much about bonding as it is learning how to ride. They’ve got to know one another to build the trust required to commit to some of the intense scenes in the series, and there’s no better way to get to know one another!