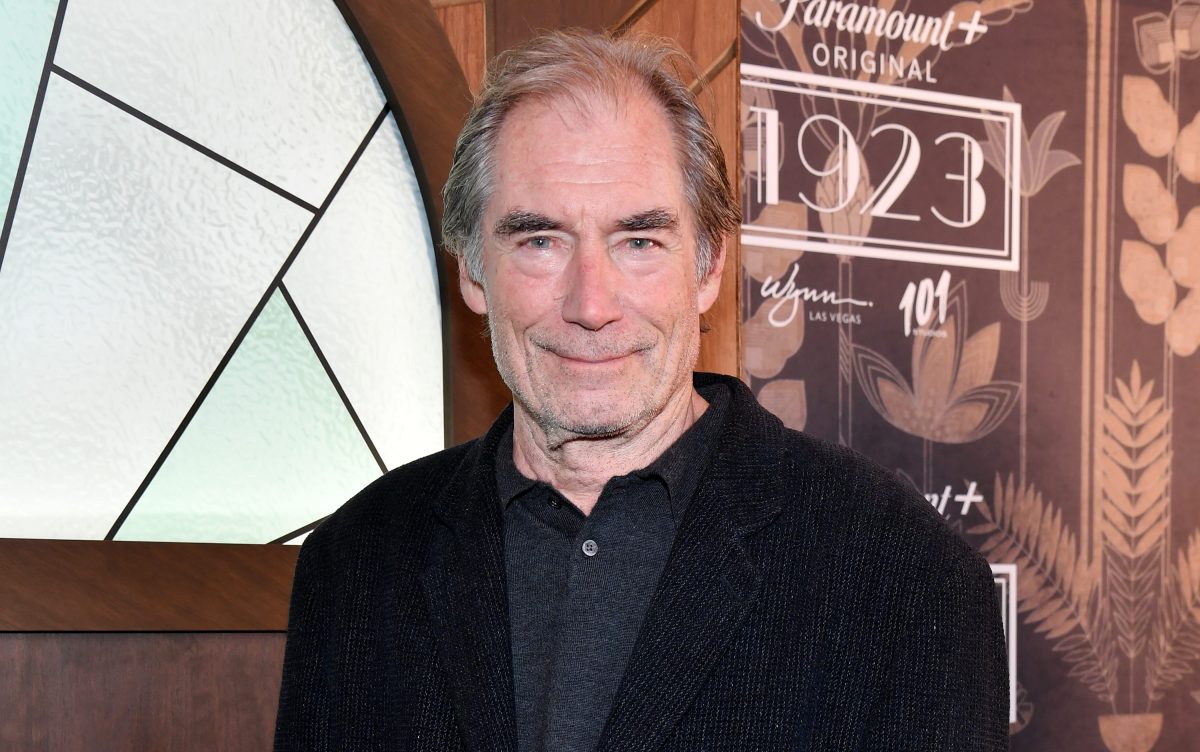 Happy Thursday, Yellowstone fans! We’re just a few days away from a new episode of everyone’s favorite cowboy drama; by the looks of it — things are going to get emotional. Of course, fans of the Duttons know that emotions are always running high at the ranch, but season five has brought with it a new level of heartbreak and drama.

There’s also been an exciting sense of support for John Dutton as he’s sworn in as Governor of Montana, at least from those closest to him. Speaking of those closest to John Dutton, one of his strongest opponents on the series was Neal McDonough’s Malcolm Beck, and the actor is singing the praises of Kevin Costner. In the ever-expanding Yellowstone universe, Taylor Sheridan also explains the words he used to bring Timothy Dalton to the upcoming prequel, 1923.

You know the drill from here; grab your Yellowstone-loving bestie and drink of choice, and let’s ride in.

Taylor Sheridan is the man of the hour in the Yellowstone universe, and during a red carpet event for 1923, he snuck in for a statement when Timothy Dalton was talking about the prequel.

Dalton is a world-renowned film, television, and theater actor, and joining the Dutton realm is a real treat for all of us. Taylor Sheridan sang his praises during the red carpet event in a chat with ET and told fans the five important words he used to bring Dalton to 1923.

“Look, what an honor to have this man be a part of this. When I called him, I called him from a ranch in Wyoming… and he said, ‘Taylor what are you asking me to do? There’s no script, there’s nothing.’ I said, ‘You just gotta trust me,’ which I guess is not a British thing to do, but he did and his work is special and I’m honored to have him a part of it. And I can’t wait for him to see what he does because it’s rare. It’s really rare and its beautiful and it’s tough to watch.”

Tough to watch leads fans to believe that 1923 will, as we’re used to in the Yellowstone realm, signify a lot of heartache and turmoil for the Dutton family of days past. The characters will be fighting the same fight that John and his family now fight for one another and their land, but it’ll be in a different ball game.

So who will Dalton be playing in this game? Donald Whitfield — and his character description does little to make fans believe he’ll be a friend of the Duttons.

Deadline notes that he’s called a “powerful, self-confident man who reeks of wealth and the lack of empathy it requires to attain it. He is intimidating and nefarious and is used to getting what he wants.” If you’re shaking your head and saying “yikes,” you’re not alone.

Life looked a lot different in the 1920s, and everyone from the people to the elements that dared face the Duttons would lead them through a more profound sense of devastation if they were to lose a battle or two along the way.

When we look at enemies of John Dutton, Malcolm Beck stands out among one of the most cold-hearted. Neal McDonough brought conviction, pride, and a complete lack of remorse to any table he sat at. In fact, in an interview with McDonough from 2019, he says his Yellowstone character was very much a character without fear.

John Dutton also lives by the cowboy rules, not letting fear sneak in, and the two played the best (and worst) of enemies on screen. Their real-life relationship, however, was very different.

Fox News reports that McDonough says that he and Costner have a lot in common.

“We’re very similar in so many ways. Like I’ve said to so many people, when you talk about the pound-for-pound champ screen of all time, you gotta put Kevin Costner on top. I’ve been saying this forever, he’s one of those actors who really listens to what’s going on with the other actors and in the scene.

“He does his homework. He knows everyone’s lines, not just his. And he’s so prepared that he’s always there to win. And I just love that mentality. Kevin Costner is one of the greatest in our profession, of all time. But more importantly, he’s just a great family guy and a great dad. He prides himself on that.”

Most anyone who comes in contact with Costner agrees that he works incredibly hard, and sharing the stage with him is a gift. So are those days over for the rough-and-tumble cowboy pair? Only time will tell.

While John and Malcolm had an intense chat in the final moments, we saw the latter grace the screen; fans never did see a certain death from the Dutton family villain. McDonough touched on that in the same chat with Fox.

“Malcolm Beck is certainly not dead. There have been lots of discussions about how you could ever bring Malcolm back if we did. And you know… I don’t really watch any of the stuff that I do because it’s always just kind of strange for me. The reason I don’t want to watch Malcolm Beck is that I think he would just scare the heck out of me if I watched him on screen. I can’t imagine what Malcolm Beck would be like after he comes back… and gets revenge against the whole Dutton family. I just think it would be fantastic television, but we’ll see.”

That doesn’t mean that there have been in-depth chats about bringing his character back yet, but it’s something he’d love to do once more — fight with the man himself.

“Taylor’s a mighty busy guy right now, and you know, my wife and I are so busy doing our films that I’m not sure we’ll ever have the time to… get it done. But I certainly would love to do that for sure — get back in the saddle one more time against Kevin.”

Fans and even some of the actors on the show have hopes that Yellowstone will be a long-running series. So, the realm for the two to come to blows once more might exist for years to come.