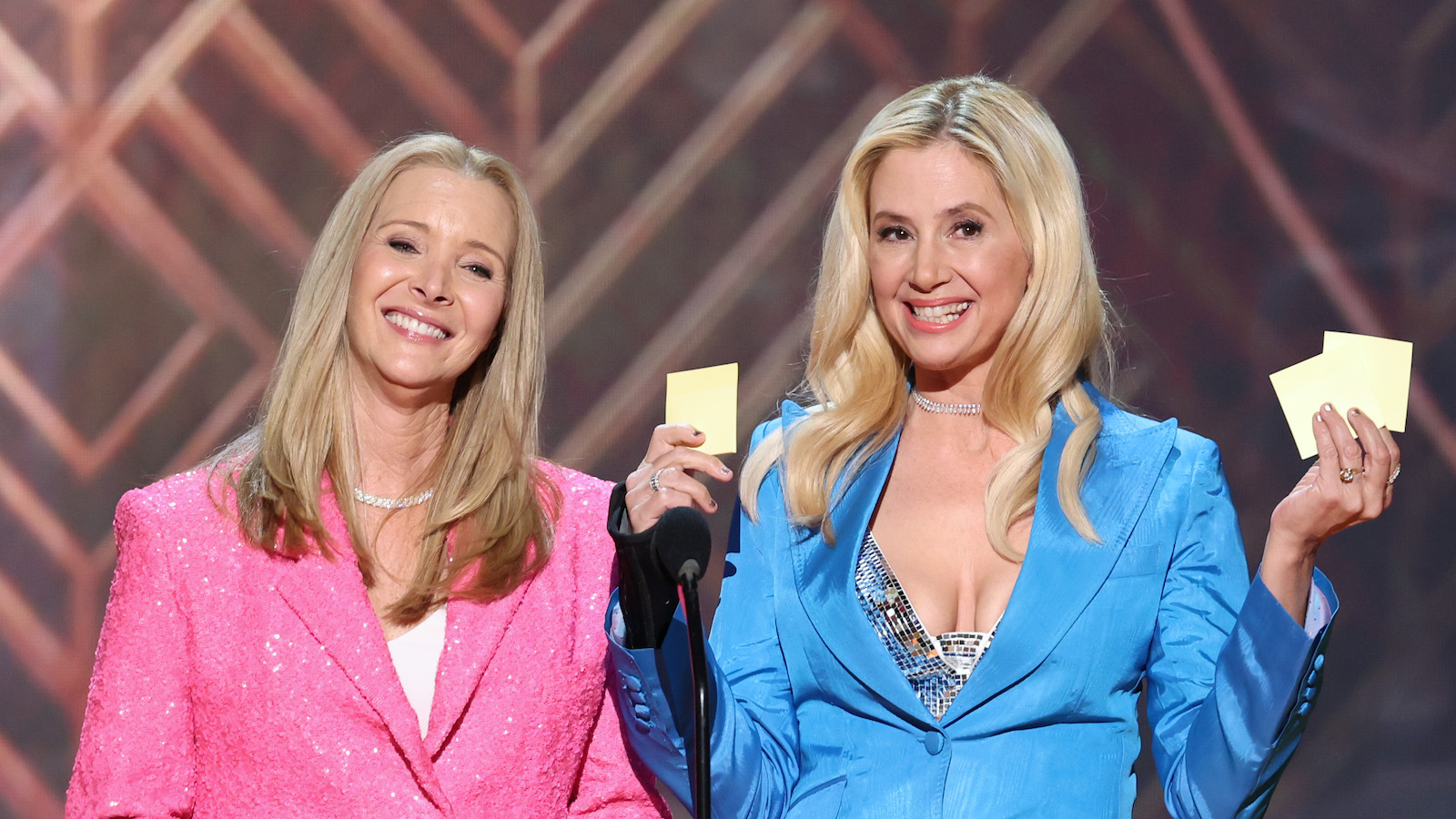 Lisa Kudrow and Mira Sorvino reunited at the 2022 SAG Awards to present the honor of Outstanding Performance by an Ensemble in a Comedy Series — and they did it in style.

“Do you think this is the cutest anyone has ever looked at an awards show?” Kudrow asked, and the answer was an absolute yes. The titular best friends from Romy and Michele’s High School Reunion, Kudrow and Sorvino walked on the stage with businesswoman special energy and post-its to go around.

In Romy and Michele’s High School Reunion, the two feel like they’ve got something to prove as they reunite with their high school friends and rivals. However, it was all fun and games on stage at the SAG Awards. Kudrow and Sorvino keyed into the film’s humor to present the award for comedic ensemble, and they didn’t miss an opportunity to talk about the double meaning of the word.

From the suit colors to the post-its, the entire moment was genius, and it was a lovely surprise to fans everywhere. Romy and Michele’s High School Reunion is iconic and has stood the test of time.

We’re not stuck on the post-its; you are (or maybe we all are — they are post-its after all.)

Have a Romy and Michele day, everyone!