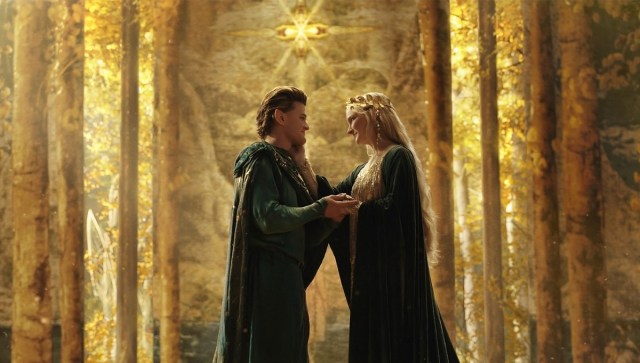 Fans of Lord of the Rings are mulling over the Elves’ appearance in upcoming Prime Video series The Rings of Power.

Redditor LPNoobs_Stan took to the r/LordOfTheRings subreddit to ask why so many people are perturbed about how the Elves are depicted in the new episodic fantasy epic. Their main gripe is that the Elves do not precisely resemble the description in the J.R.R. Tolkien novels, and they oppose reimagining Lord of the Rings canon for the small screen.

The post highlighted the main criticisms which were mainly age-related. For example, some took issue with the fact that Celebrimbor is played by Charles Edwards, a mature actor, when the books state that Elves are immortal and do not age. Another point of contention is that Galadriel (Morfydd Clark) looks younger than Celebrimbor, when she is actually older than he is.

LPNoobs_Stan pointed out that Tolkien was ambiguous about the appearance of most of the characters in the novels. They pointed out that Elrond being portrayed by a mature actor (Hugo Weaving) in Peter Jackson’s Lord of the Rings did nothing to diminish the rendering of the story.

Salty-Party3959 disagreed with the original post, arguing that the main criticism of the Elves appearing in The Rings of Power was not due to the length of their hair, age, or complexion, but rather the fact that simply putting pointy ears on the actors did not give them the ethereal quality that was captured by Jackson.

Ferrel_hadley also chalked the unremarkable appearance of the Elves up to creative laziness, sharing the view that there’s more to being an Elf than having pointy ears. In their view, Elves have a celestial quality and move with a unique kind of grace.

Another Redditor, HenryVIIIII shared his disdain for the latest rendition of Tolkien’s Elves, describing them as “awful”. They pointed out that Weaving was 20 years younger than Edwards when he played Elrond which, in their view, was already pushing it. They referred to a passage in the novels that depicts the Eldar as having long hair and fair complexions.

It seems the actors cast as Elves are tasked with using their craft to transcend the rigid, preconceived ideas of some viewers, ignite their imaginations, and touch the emotional centers of their minds. However, that’s what acting is all about and it’s exciting to see if the cast of The Rings of Power is up for the challenge.

The first two episodes of The Rings of Power will premiere on September 1 on Amazon Prime Video.