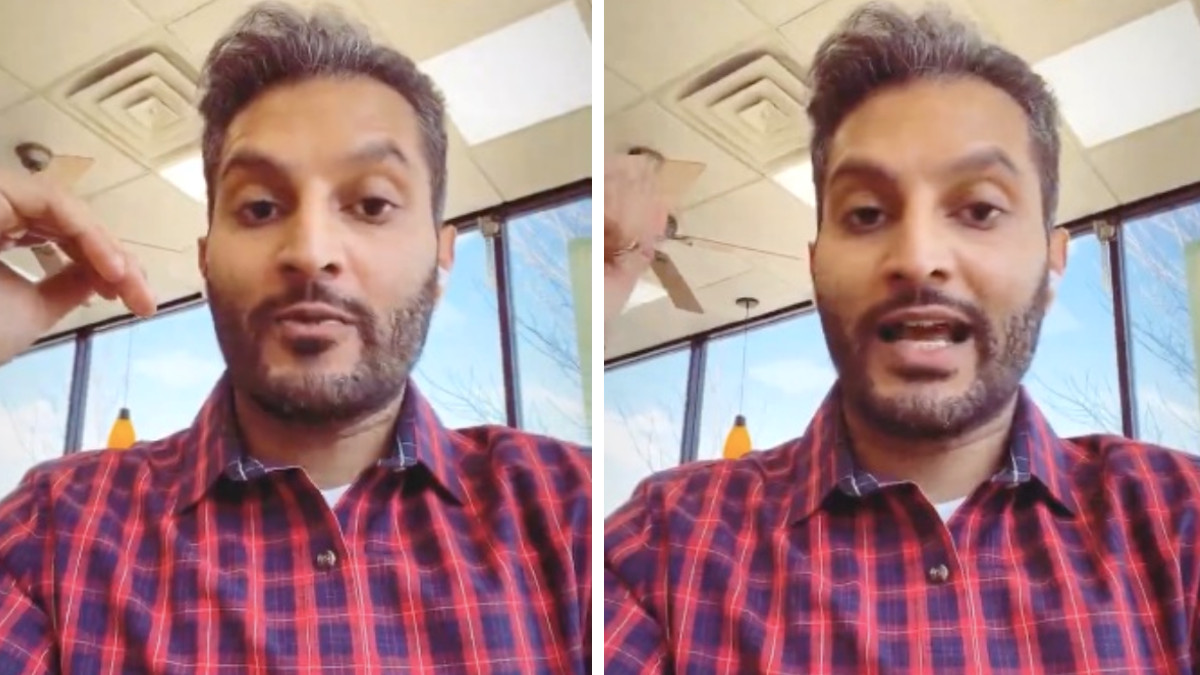 Even though Netflix’s reality dating series Love is Blind has only been around for two seasons, fans were shocked — shocked! — by one season two contestant’s behavior.

Abhishek “Shake” Chatterjee became persona non grata both with his fellow castmates, and hosts Nick and Vanessa Lachey, after he demonstrated behavior that can only be described as “ghoulish” towards his ex-fiancée, Deepti Vempati, as well as towards other women on the show. Things came to a head in the reunion special, and although Shake initially seemed to revel in the backlash, it appears as though the 33-year-old veterinarian may be having a change of heart.

On Tuesday, Chatterjee posted a video to his Instagram account, claiming that he’s ready to take accountability for his actions, and generally “be better.”

“While I’ve reached out privately, I think it’s also important I apologize publicly for the sake of your family and friends that I’ve upset as well,” he added, in the caption accompanying the video.

“I wanted to take this opportunity to really just say sorry to a woman that I know I hurt,” Shake says in the clip. “Deepti, I am truly sorry for some of the things I said. Things that, honestly, just could’ve been left unsaid, or could have been said differently. Things that never should have been said on national television. And, during the time that we were filming, you were my best friend.”

“And even though I knew our relationship wasn’t going to end in marriage, I didn’t want what we had to end either,” he added. “I loved every second of it. I’m so, so sorry that I hurt you with my words. That’s the last thing that I wanted from all of this. I’m sorry, Deepti.”

Suffice to say, fans were not onboard with Shake’s apology, and flooded his comments accordingly. (Honestly, a lesser man would have simply turned the comments off, but Shake seems to be both a glutton for punishment, and moth to a flame for attention).

“It’s only because everyone is coming for you,” wrote one user, while another added, with a laughing cry face emoji, that it was “damage control at its best.” “Deepti and Kyle are drinking margaritas together right now,” added another, of 29-year-old construction worker Kyle Abrams’ surprise confession to Deepti in the reunion. “Too little, too late.”

“We don’t believe you because you doubled down at the reunion and denied a lot,” slammed one fan. “Thank u, next.”

Others called out Shake for filming his grand apology in what appears to be a dining establishment. “Why are you doing this in the middle of what seems to be a restaurant?” questioned another user. “And why does it look like you’re trying not to smirk all the way through this?”

“Are you in a restaurant? Mystified why you do this in a public place, truly,” added someone else. “Bro you had to do this at Dunkin’?” asked another fan, incredulously, while yet another asked if he was in a “froyo shop.”

But is Shake genuinely sorry? That seems unlikely — or maybe he’s trying to curry public opinion for an apparent new podcast, “Love is Blurry,” which he also teased on Instagram on Wednesday. “The truth only offends those who live outside of it,” he captioned a screencap of the account.

In the account’s third post, he thanked fans for the first 1,000 followers along with a meme about the “villain’s speech lowkey making a lot of sense.”

Whether or not Shake is really sorry, or if he even has it in himself to be sorry — interestingly enough, his post comes just one day after Deepti posted a photo of the cast on her own Instagram account, teasing, “Oh, but I did find love,” with a black heart emoji. Whether or not she’s referring to the cast as a whole, or someone in particular, is unclear. But it’s worth noting that Kyle commented: “Did you?”

In either case, we need more intel, STAT!