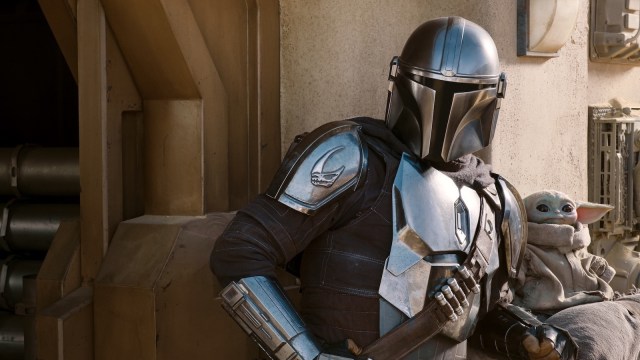 So far, any references that The Mandalorian has made to the wider Star Wars mythology have been fleeting, with Jon Favreau intent on crafting a standalone narrative that doesn’t fall into the nostalgia traps that blighted the recent Sequel Trilogy. The smash hit Disney Plus series most definitely takes place in a familiar universe, but is largely populated by all-new characters in order to put a fresh spin on a franchise that’s dominated the pop culture landscape for more than 40 years.

The Mandalorian isn’t averse to folding in aspects of Star Wars canon, though, with Boba Fett already having made his debut on the small screen and Ahsoka Tano set to join him in the coming weeks. Both characters have plenty of backstory and history within the confines of a galaxy far, far away, but it turns out there are even more familiar faces included in the new run of the show.

Eagle-eyed viewers have discovered that a very minor character from The Force Awakens made an appearance in last week’s episode “The Passenger.” The scene in question is the one where Mando is forced to fend off a group of bandits, who’ve already been theorized to be in the employ of Boba Fett, and fans have now noticed that one of them has a direct connection to Daisy Ridley’s Rey, as you can see below.

Scrapjaw Motito is the little guy’s official name, and having already shown up on Jakku, it looks as though he’s fond of a desert planet. The Mandalorian takes place roughly five years before The Force Awakens as well, so Scrapjaw would’ve had plenty of time to travel to another world. That being said, there’s also every chance that this just happened to be a prop left lying around on the Lucasfilm backlot that was dusted off and thrown into the show for some extra fan service.