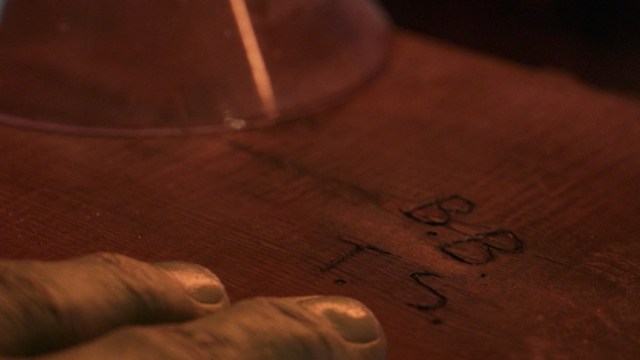 via She-Hulk: Attorney at Law

The recent release of Disney Plus’ She-Hulk has green-skinned behemoths on viewers’ minds.

In the wake of the first episode of the MCU’s latest offering, fans of the sprawling franchise have been ruminating on the latest addition to the Marvel team. Thus far, most fans seem to be in favor of Jennifer Walters, but discourse around the show is still going strong.

In the latest conversation to rise through Reddit’s Marvel Studios sub, one fan admitted to an accidental misinterpretation of a key moment in the episode. Mid-way through Jen’s time with her hulking cousin Bruce, he attempts to show her the “good” side of being a Hulk. He notes, guiding his freshly-green cousin to his own personal bar, that their metabolisms are altered by the Gamma radiation, allowing the pair to “drink so much, and not get drunk.”

What follows is a brief but charming bonding scene between the two, as the pair indulge in a lot — and we mean a lot — of different alcohols and catch up on life. During this scene, Jen asks Bruce about his charming, private bar, and he explains that Tony helped him to build it during the Blip. Running his giant fingers over a pair of initials carved into the wood, he notes that it was a “good time during a hard time.”

The initials read “B.B” and “T.S.,” and most fans immediately picked up on who they were intended to represent. Except, of course, for Reddit user moggy95, who admits he spent a good five minutes struggling to understand why Tony Stark would carve his initials alongside Bucky Barnes, the man who killed his parents.

Everyone else leaned on the clear context clues to figure out that “B.B.” actually stands for, you know, Bruce Banner — the owner of the bar and the guy physically speaking when the initials are revealed. Despite some light teasing in the comment section, however, moggy95’s confusion isn’t entirely unreasonable. Marvel loves alliteration, after all, and at least a dozen Marvel characters boast double B names. In fact, two members of the Banner family alone sport the double B, with Bruce’s abusive father Brian also boasting the classic Marvel alliteration.

Commenters quickly began pointing out other potentials, and soon a solid list was compiled. Could the initials instead have belonged to Black Bolt or Black Bird? What about Betty Brant? Perhaps she made a trip down to Mexico to enjoy a few cocktails with Bruce and his many PhDs.

Several other options, like Big Bertha, Blue Blade, and Boom Boom could be the culprits behind the carefully carved initials, thanks to Marvel’s insistence on repetitive names, but we’re pretty sure that’s not the case. Joining the vast majority of viewers, we’ll just go ahead and assume that the initials are a symbol for Bruce and his longstanding friendship with one of the most difficult heroes in the world.