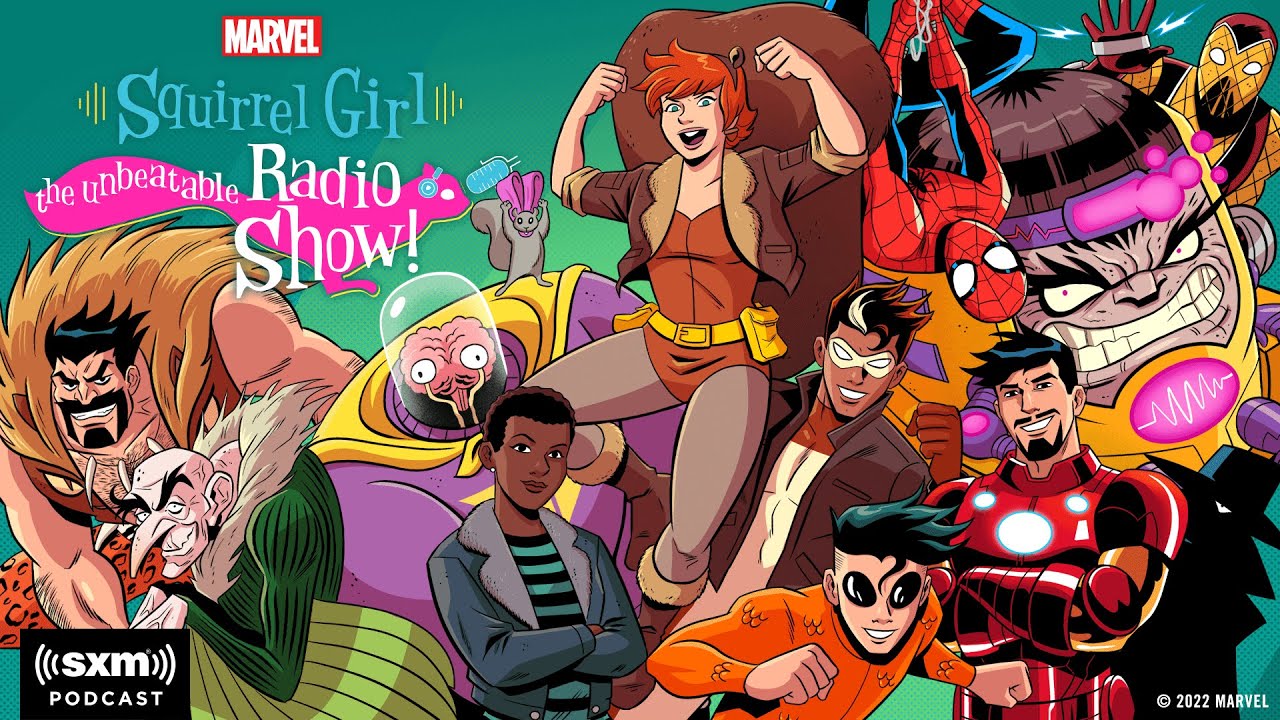 Vayntrub, who voiced Squirrel Girl in the Marvel Rising media line, most notably in the animated film Secret Warriors, lends her voice back to the character in The Unbeatable Radio Show. The scripted podcast series sees Doreen Green, who was recently outed to the public as Squirrel Girl’s civilian persona, start a radio show at Empire State University’s student radio station. With her newfound voice in the broadcasting world, Green hopes to dish out some great superhero advice for everyone who calls in, all while taking the steps to live authentically in the wake of her now-public double life.

Joining Squirrel Girl is her show producer/best friend Nancy Whitehead, her critter of a co-host, Tippy-Toe, and guest appearances among the likes of Iron Man, Spider-Man, Chipmunk Hunk, Brain Drain, and Koi Boi. She’ll need all the backup she can get, too; with a call-in radio show comes caller anonymity, and with caller anonymity comes an opportunity for mischief, which villains prominent and petty alike are all too happy to take advantage of.

Written by Ryan North, who wrote the fan-favorite 2015 comic line The Unbeatable Squirrel Girl, The Unbeatable Radio Show promises all the light-hearted playfulness that the heroine is known for.

Episode 1, “The Fate of My Universe,” is currently available on all streaming platforms.